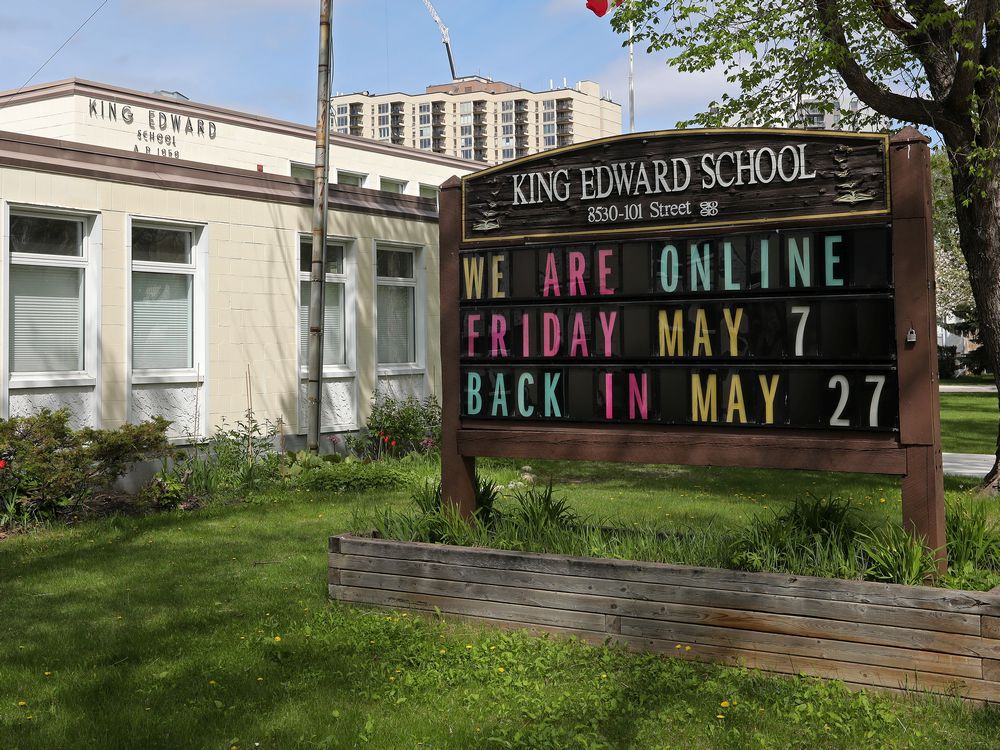 The King Edward elementary parent advisory council has voted unanimously to pursue a new name for the Strathcona-area elementary school.

Jesse Enns Power, chairwoman of the council, said in a statement a parent raised concerns at a May meeting regarding the implications of the name and how it reflects a colonial past.

“We believe that the name King Edward reflects a colonial past which is neither relevant to the land the school is on, nor reflective of the diverse heritage of our community,” she said. “We question whether King Edward VII is someone we should look to honour as we teach our children values of inclusion, respect and social justice.”

She said the council has been working with social justice and anti-racist content at council meetings throughout the school year and have been partnering with the Strathcona Community League and a University of Alberta professor to learn more about the history of the area.

“We believe that the process of renaming would present an excellent opportunity for our students and youngest members of our community to learn and reflect on the history of this land and further our actions toward reconciliation,” said Enns Power.

The council brought the idea of renaming the school to their school board trustee, Michael Janz, who held a meeting Thursday evening to discuss the issue further. Many in attendance spoke about the importance of inclusion and having further discussions while others highlighted the continued role the Commonwealth has around the world.

Many of those in attendance said they would support a change to reflect local history.

In an interview, Janz said renaming an Edmonton public school is the sole responsibility of Edmonton Public Schools trustees.

“I’m certainly willing to engage with them and talk with them about that and explore what that process could look like to move ahead,” said Janz. “Until I looked into it, you don’t realize how many things in our community are named after monarchs. I think there are questions from a number of different folks how relevant that is.”

In order for a school to be renamed a trustee would have to put forward a motion to do so. That would be voted on and would need a majority of support to pass. Edmonton Public Schools would then consult with the community to find a new name for the school.

Janz said he has not decided one way or another if he would sponsor a motion but he is open to hearing from the community.

Edmonton Public Schools voted to change the name of Dan Knott school and Oliver School last September based on beliefs held by each namesake while they held public office. Janz said the process of renaming those schools is still ongoing.

Meanwhile in Toronto, members of the Queen Victoria Public School have requested a change of name to reflect the community.

Previous articleNegotiations between Ryan Nugent-Hopkins and Edmonton Oilers were “mangled” and now up in the air, says NHL insider
Next articleThree to See Saturday: Matthew Cardinal, FAVA Fest and Mile Zero drive-ins