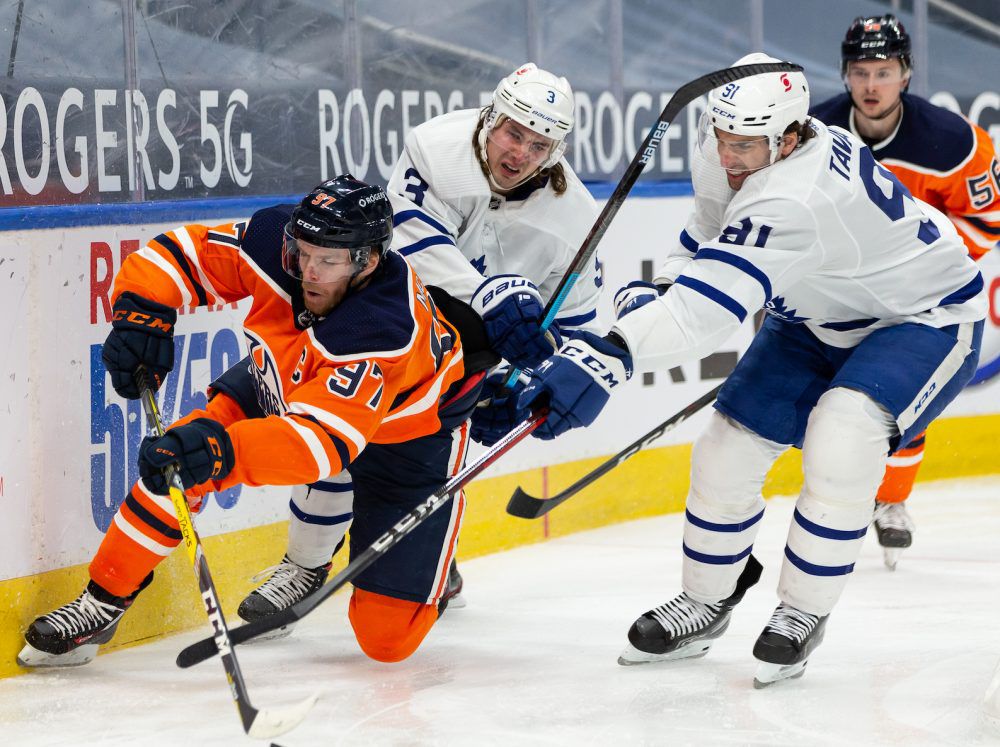 Who got it right on McDavid? Kevin Bieksa or Kris Versteeg

We’ve heard two competing takes on how Connor McDavid should be treated by NHL officials and NHL players, one from former d-man Kevin Bieksa on Hockey Night in Canada, and one from former winger Kris Versteeg on Hockey Central.

Versteeg spoke out after McDavid was the subject of late hits by the Ottawa Senator players, with no calls by NHL officials.

Said Kris Versteeg: “Could you imagine if they called the game right? Our superstars will never be able to be superstars until they call the game right. This garbage can’t happen. These guys are supposed to put on a show every night, and if our league is not giving our superstars the ability to do this each and every single night, then why? Why? So start calling it right. Start protecting our stars. This is the time now to do it. This guy is the best player we’ve seen since Gretzky. He’s unbelievable. Take care of him.”

Bieksa weighed in on during the intermission of Edmonton’s game against the Vancouver Canucks on Saturday night.

“Contrary to what Kris Versteeg said a couple days ago about how nobody in the NHL be allowed to touch him, I think you have to do this kind of stuff, you got to try to take runs at him, you got to try to slow him down. If you don’t, and you don’t get these little clips on him here, he’s going to embarrass you. He’s going to go end-to-end. He’s going to go around everybody. And you have to get a piece of him wherever you can all over the ice. And while Edmonton Oilers fans are probably sitting there right now, saying, ‘Oh, Bieksa says that everybody has got to take runs at McDavid.’ Of course I’m not saying that. Smarten up. I’m thinking about how Walter Gretzky, as Ron (McLean) said last week, he made him (Wayne) wear the white gloves so he was a target and that he wanted Wayne to be able to be successful being a target on the ice.I love seeing guys trying to stop Connor McDavid. And I love seeing him be successful.”

2. Versteeg’s point isn’t that McDavid should never be hit, as Bieksa suggests. Versteeg never said that. Bieksa imagined that. Versteeg’s point is that NHL refs should call penalties when McDavid is hit illegally after the play. Bieksa didn’t address Versteeg’s actual point, but seemed to be saying he felt players should engage in borderline hits and rough stuff against McDavid at every opportunity. Is that a fair reading of what Bieksa said? It’s certainly how I took it. And, it’s worth noting, it’s certainly how he himself played the game.

3. Of course Versteeg is correct. NHL refs should not encourage dangerous late hits on stars players like McDavid by refusing to penalize players for this kind of foul. It’s a disgrace that it constantly goes on. End of story.