Life after the pandemic: What advocates say women need to regain lost ground

As women reckon with what many have dubbed the “she-cession” — the fallout of a pandemic that has disproportionately affected women’s livelihoods and pocketbooks — experts say the government must consider the unique realities women face as it begins to look towards economic recovery.

“It’s been very, very difficult for women, and women have been disadvantaged,” said Clare Beckton, former deputy head of Status of Women Canada, in an interview with Global News.

“More women have lost their jobs than men, because a lot of women were in lower-paying jobs and many of them (were) in the hospitality industry or in tourism, where many of the jobs have been lost.”

Women have assumed much of the additional childcare that came along with having kids home from school, Beckton added, forcing them to either slash their hours or, in some cases, leave their jobs altogether. 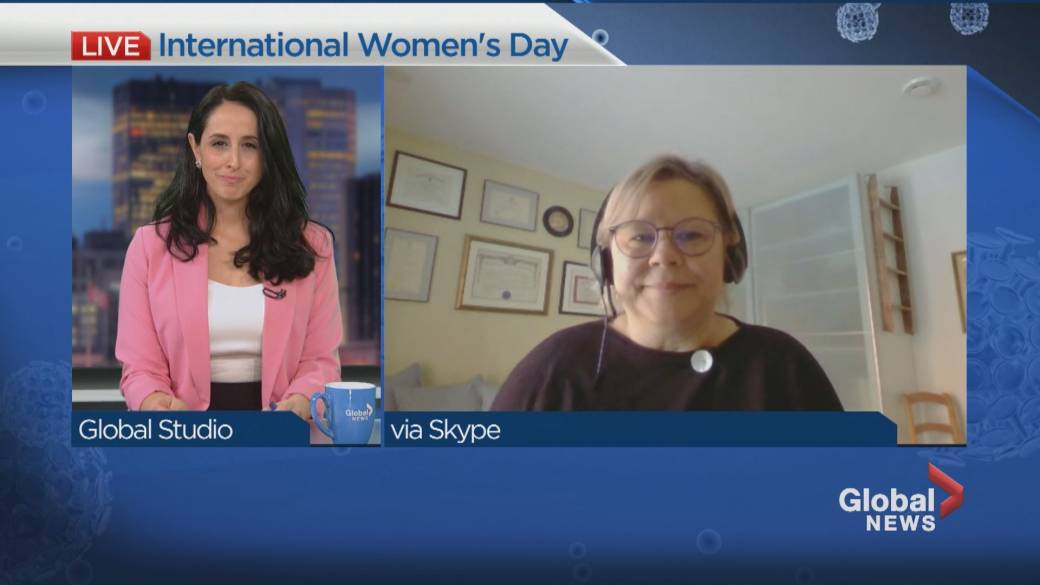 This problem has highlighted a pathway towards a broader economic recovery, according to Armine Yalnizyan, an economist and Atkinson Fellow on the Future of Workers.

“What we do know we can do, that is policy amenable, is actually build up the caring economy,” Yalnizyan said, referring to the often invisible and unpaid work that goes into caring for children, family members and the elderly.

“The pandemic revealed that the essential economy relies on the caring economy. But that itself is undersupplied, chronically undersupplied. So we know we can make great jobs, with great care, that could actually propel the recovery.”

As things stand now, however, many women are being forced out of the labour force to provide these caring functions to those around them. Figures featured in a government press release announcing the members of a new Task Force on Women in the Economy put this reality in stark perspective.

By the beginning of this year, 8.4 per cent of women who were working in February of last year had lost their jobs or seen hours shaved off their work schedules. In comparison, 6.2 per cent of men faced similar struggles.

“Women are seeing an increased burden due to COVID-19, right, because…now the children are home due to school closures, social distancing, working from home,” said Abi Sriharan, an academic with the Institute of Health Policy, Management and Evaluation at the University of Toronto.

Childcare proved to be a complicating factor for working women even before the pandemic’s arrival. A 2019 report from the Canadian Centre for Policy Alternatives found that the cost of childcare per month can range from a median of $179 in Quebec to $1,774 per month in Toronto. 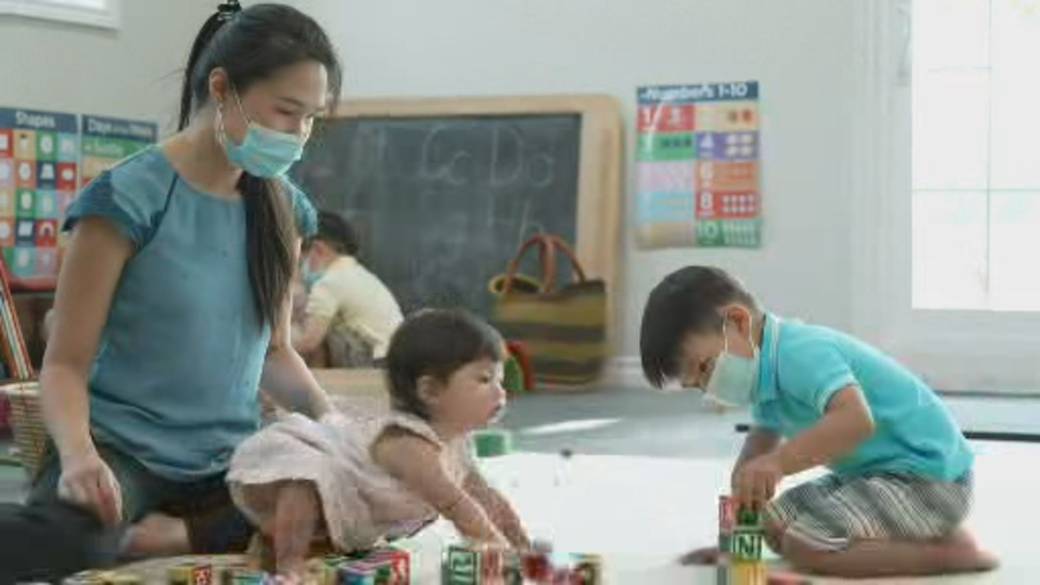 That means, at the highest end, childcare can cost over $20,000 per year for a single infant — just under a third of the median family income in Canada in 2018.

However, the impact of childcare of women’s workforce participation took on new relevancy as COVID-19 caused those childcare-related hurdles to grow taller.

“(The pandemic) has shone a light on some of the underlying challenges, and a big one is child care. The lack of affordable child care has…made it very difficult for a number of women to be able to participate in the workplace,” Beckton said.

The Liberals have pledged to unveil a national childcare plan in the 2021 Budget, a promise they laid out as they announced millions in new spending on childcare-related issues in the November fiscal update.

The House of Commons status of women committee recently wrapped up its study into the economic impact COVID-19 has had on women. NDP MP Lindsay Mathyssen, who sits on that committee, said Monday that nearly “every single witness” who spoke to the committee “said that they wanted universal child care.”

Until the childcare issue is remedied, women will continue to leave the workforce, Sriharan said.

On top of the struggles hitting women’s pocketbooks, women are also facing health and safety impacts of COVID-19. Women make up the vast majority of those working on the front lines, whether it be as nurses, orderlies, or teachers, according to Statistics Canada. 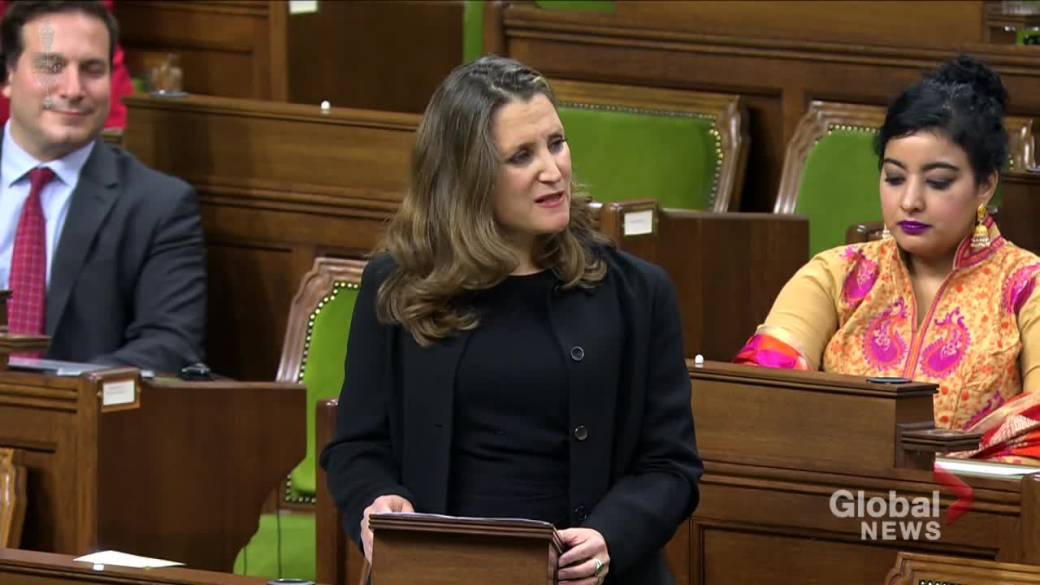 And for those women who work on the front lines of the fight against COVID-19, the pressure of working in a high-risk setting takes its toll. It’s a reality that hits close to home for Emily Coulter, a personal support worker at a long-term care home in Kitchener, Ont.

“I contracted COVID-19 first and foremost during the first wave, and that was a role reversal in my house, which took its toll on its own because as moms and as care providers, we have we have a routine in how we do things,” Coulter explained to Global News.

She said as she quarantined, her children couldn’t comprehend what was going on.

“When you can’t be there for your young children and they’re not understanding why, it breaks you,” Coulter said. 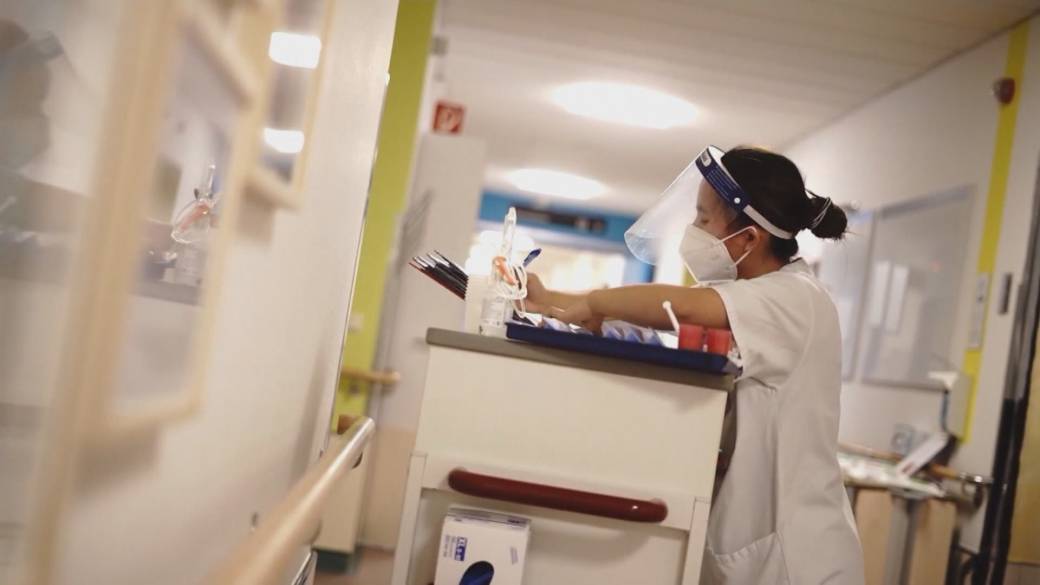 3:50New report finds women are at a greater risk of catching COVID-19

Add to that the daily burden of what she experienced as COVID-19 ravaged the homes where she provided care, and Coulter found herself carrying a heavy weight as she walked into her home’s front door.

“You’re not yourself and you try to get back to there. But your emotional baggage that you carry now, it hinders you and it carries on to your home life. You can’t just leave it at work. I wish I could leave it at the door, but I can’t, you know, and we can’t stop.”

In addition to the burdens of front line work and job losses, Statistics Canada found that women face double the risk that men do in terms of encountering domestic violence — an issue that became heightened during the pandemic.

“We know there’s not been enough shelters as a result of the pandemic. This has really brought to the forefront, again, domestic violence against women and how this hurts women — and it hurts women from all backgrounds,” said Beckton.

Speaking at the annual Daughters of the Vote event on Monday, Prime Minister Justin Trudeau acknowledged the disproportionate impact the pandemic is having on women.

“Of course, I don’t have to tell you that, you’re living it,” Trudeau said. 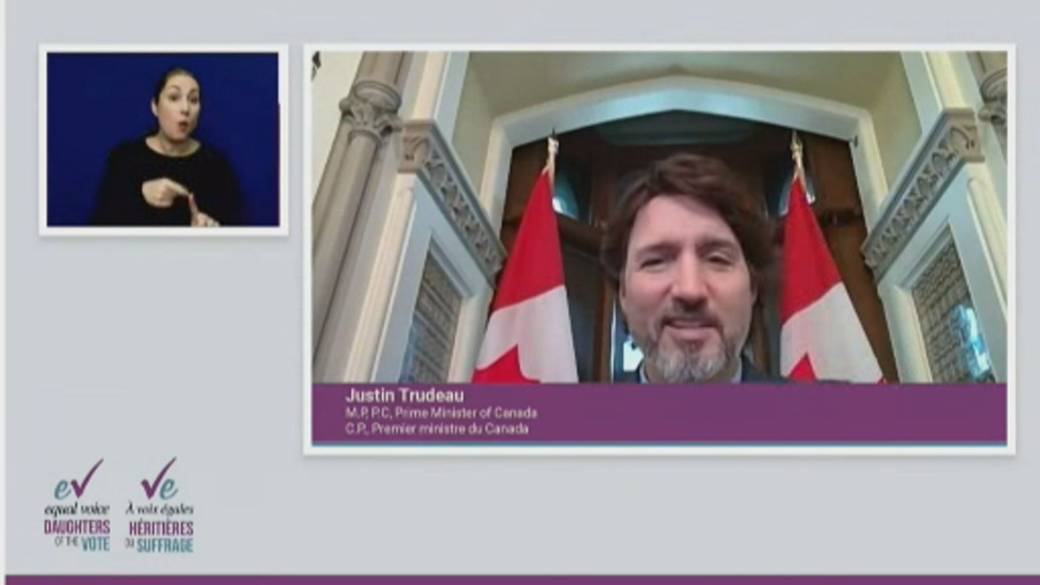 2:02International Women’s Day: House of Commons ‘is your house’, Trudeau tells Daughters of the Vote delegates

International Women’s Day: House of Commons ‘is your house’, Trudeau tells Daughters of the Vote delegates

And as politicians like Trudeau navigate the economic recovery from COVID-19, Yalnizyan said she hopes that the government chooses to take the path that the “she-cession” highlighted: that the caring economy needs to be built up.

“That is a path out from recession to recovery. Whether we take it or not is another question, just like everything else about the pandemic,” Yalnisyan said.

“It’s the chapter that is as yet unwritten about the pandemic.”

Previous articleIs it safe to wear face masks while exercising? Experts weigh in
Next articleBiden’s $1.9T bet that a COVID-19 relief fund can help cure America