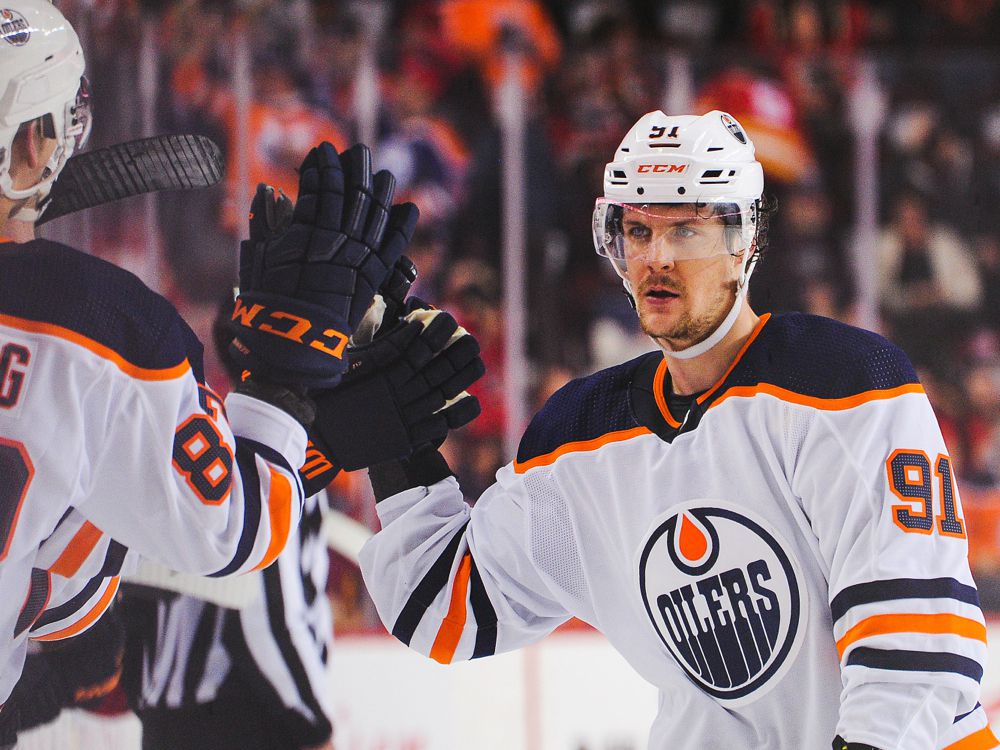 This in from TSN’s Ryan Rishaug, news that the Edmonton Oilers will slot in centre Gaetan Haas into the line-up, and possibly also Alex Chiasson.

Ryan Rishaug @TSNRyanRishaug
“Skinner to active roster, paves the way for a start tonight. Haas looks to be ready and goes in for Shore at 4lc. One more coming in up front, likely Chiasson.”

Devin Shore and also Tyler Ennis have been assigned to the taxi squad.

1. Many moves today, many changes. Of course the big news by far is Stuart Skinner getting the start, a huge risk for the Oilers. Skinner was sometimes hot but mostly cold as an AHL goalie last year. At the same time playing Mikko Koskinen until he gets run into the ground by fatigue or injury is a much worse idea than taking a shot on a young goalie like Skinner, who can catch fire for in a game and make all the big saves. The Oilers should also be inspired here to play some hardcore, fundamental defence in order to protect Skinner, so this may actually work in Edmonton’s favour.

2. I’ve been waiting impatiently for the news on Haas to get into a game. I’m glad it’s here. The three bottom line centres on the Oilers, Kyle Turris, Devin Shore and Jujhar Khaira, have all struggled immensely on defence. Turris was being counted on to get it done as third line centre and top centre on the PK, but he’s not come close, mainly due to coverage issues in the defensive slot. Haas has strong defensive fundamentals and high defensive IQ. He did well making reads and covering his man in the defensive slot last year. I’ve got high hopes he can build on that this year. I see him as a decent candidate to take over at 3C, with Turris then battling Shore for the 4C jobs. That said, Haas is coming off a COVID infection so it may take time for him to bring his “A” game. And some of the rust may also come off Turris and he’ll get back into the game as useful candidate at 3C.

3. The Oilers have a sorry history evidently of taking the Ottawa Senators far too lightly, with CHED’s Reid Wilkins just now reporting that the Sens have 12 wins in their last 14 games in Edmonton. That’s, frankly, pathetic. But these Oilers have a history of taking it easy against weaker teams. Tonight’s game represents a massive test on an Oilers team that badly needs wins.

4. I also like the idea of Alex Chiasson getting back into the line-up. The best we’ve seen the fourth line play came when Chiasson, Shore and Josh Archibald teamed up in the first contest against Toronto. A line of Archibald, Haas and Chiasson could help set the tone on work ethic and defensive play this game. That will most definitely be their assignment.

5. Kris Russell and William Lagesson also likely to draw in. Perhaps the Oilers are having a major, major focus on defensive play this game.