A joint investigation by three orders of Quebec health-care professionals into the dozens of deaths at the Residence Herron in Dorval, Que., during the first wave of the pandemic has assigned blame for how the long-term care home was managed before and amid the fatal COVID-19 outbreak.

The report, which was released publicly Tuesday, points to “major shortcomings” prior to the health crisis that “had uncontrollable repercussions during the outbreak” at the nursing home (CHSLD), where 47 people died last spring.

“The analysis of clinical and management practices before the pandemic revealed during the investigation that what happened at the end of March 2020 at the CHSLD Herron can be qualified as a disaster in the making,” the report states.

The probe, which was launched last April, specifically investigated the quality of care offered in both public and private nursing homes in the province.

The three orders at the head of the joint investigation — which represent doctors, nurses and licensed practical nurses — studied the practices at two facilities where there were COVID-19 outbreaks: the public Institut universitaire de gériatrie de Montréal and the private Residence Herron.

They spoke with 186 health-care professionals about the conditions and practices at those two centres from December 2019 to April 15, 2020 to see what was happening prior to and during the pandemic.

In the case of the Herron, the report highlights five major issues that mostly focus on the management and practices of the long-term care home. In fact, investigators say Herron employees “did not give up on” residents or “desert” the home during the deadly outbreak “contrary to what has been conveyed” — but that they were sent home for having COVID-19 symptoms or coming into contact with the virus “without their replacement being planned and organized by managers.”

The report points to a “lack of governance” over nursing staff to “support the practice members of the care team” and “lack of knowledge” on the part of the residence’s operators when it came to the laws, regulations and obligations of managing a CHSLD.

The investigation also found there was not experienced staff “in sufficient numbers” to meet the needs of elders experiencing a severe loss of autonomy and that there was a “small number” of doctors who were on their own without support from a group of physicians. 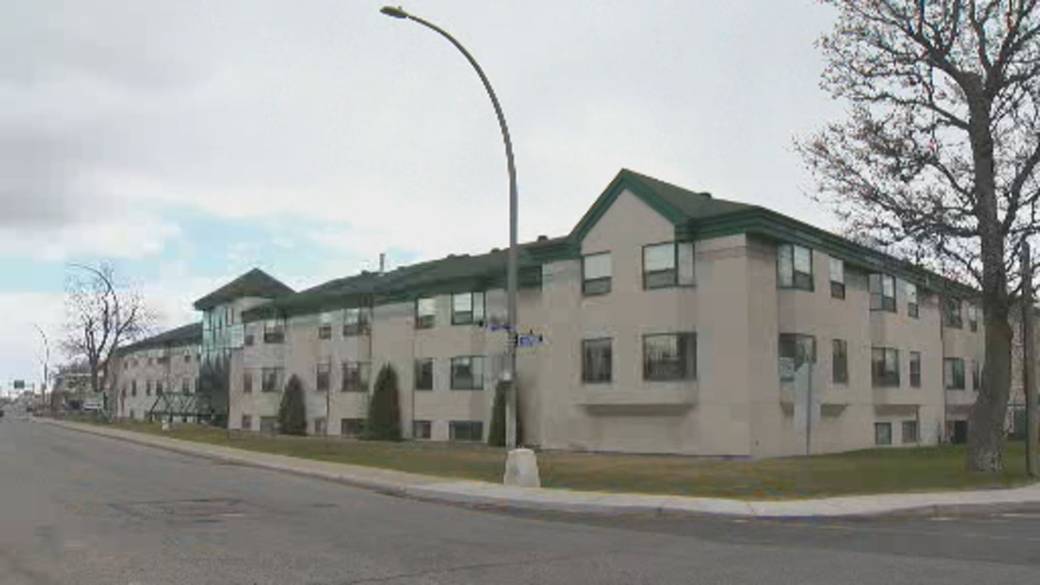 1:52Coronavirus: Families will have to wait for answers as coroner’s inquest into Herron deaths delayed

Coronavirus: Families will have to wait for answers as coroner’s inquest into Herron deaths delayed – Feb 16, 2021

The investigation also found there was a “chronic lack” of equipment, materials and other care supplies to meet the required standards” at the Dorval facility.

However, the Katasa Group — which operated the Herron at the time — has previously said that it struggled like other facilities to procure enough protective gear to help its staff contain the virus and prevent it from spreading and that some of its residents were initially sent to hospital due to advice from their physicians.

What unfolded at the Residence Herron has been the subject of several investigations, including a coroner’s inquest which was delayed to next fall. In February, lawyers representing the Herron’s management called for a postponement of the hearings, arguing that Crown prosecutors haven’t decided if they intend to charge the owners.

Global News has reached out to the Katasa Group, which was not immediately available for comment.

Meanwhile, the orders’ joint investigation into the Institut universitaire de gériatrie de Montréal, a public long-term care home in the city, found that the care provided during the beginning of the pandemic was adequate.

Investigators say that the teams were comprised of experienced professionals and supported by “competent management staff,” despite the exceptional circumstances and the difficulties encountered during the health crisis.

As part of the report, the health-care professionals’ orders have issued 31 recommendations to the province and health authorities on the management of CHSLDs. In the case of the Herron, the orders suggest an annual inspection program and having “trained, experienced and sufficient” staffing, among other recommendations.

Health Minister Christian Dubé and Seniors’ Minister Marguerite Blais said in a statement Tuesday that they intend to act on the report’s recommendations.