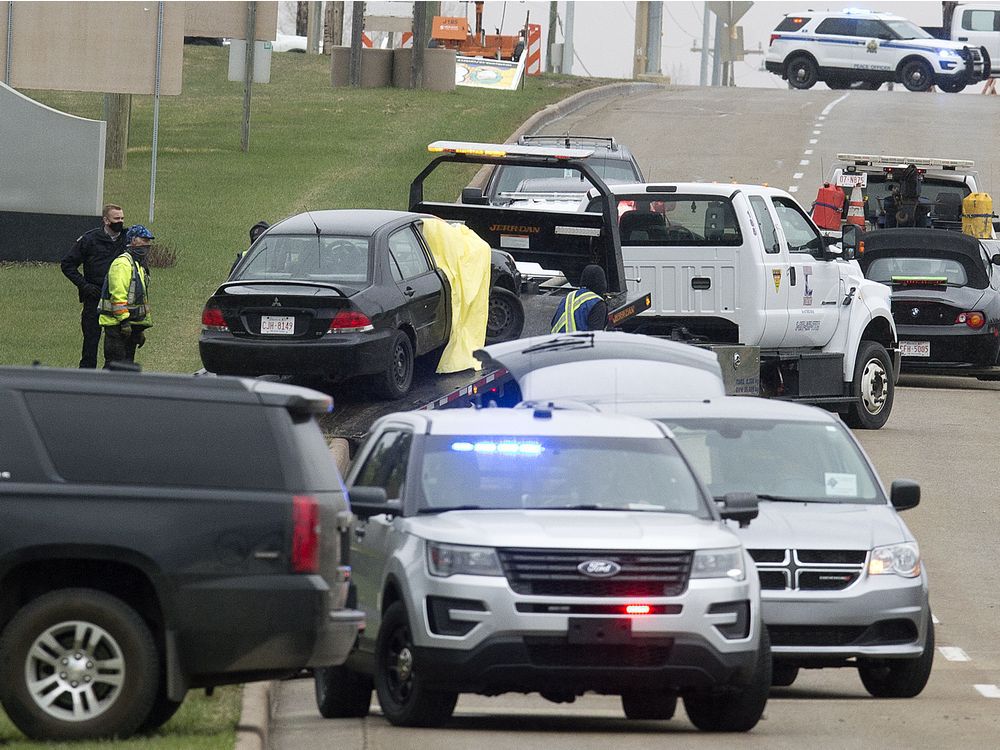 A 43-year-old man is facing a murder charge in relation to a fatal Sherwood Park shooting Friday morning.

One person was killed and another seriously injured in the shooting around 6:30 a.m. on Baseline Road between Highway 21 and Clover Bar Road.

The preliminary investigation found the suspect fired gunshots toward a vehicle before fleeing the scene. He was later found nearby by police and taken into custody.

Gamdur Brar has been charged with one count each of murder and attempted murder and will make an appearance at the Edmonton courthouse Monday, RCMP said in a Saturday afternoon news release.

Police haven’t provided an update on the status of the injured person or offered any information about the victim, including gender, age or name.

The road was closed for about four hours Friday as police investigated. At the scene Friday, a covered body could be seen on a stretcher being transferred into a vehicle and two vehicles were being towed away.