“The provincial government has been taking measures to protect us, but they could have gone and they should have gone a lot further,” Mayor Brian Bowman said, speaking during an episode of The West Block.

According to Bowman, the reason behind Manitoba’s COVID-19 crisis has “been clear for many weeks.”

“The measures that have been put in place just simply haven’t gone far enough to affect the outcomes that we all desire,” he said, adding that the province’s premier had recently brought in new measures that still allowed non-essential businesses to remain open.

In a series of tweets on Saturday, Foreign Affairs Minister François-Philippe Champagne said the federal government had responded to a request from Manitoba Premier Brian Pallister for assistance, and was sending 50 additional contact tracers to the province.

“We are always ready to support our provincial and territorial partners. We are in this together,” he tweeted.

The move comes one week after Bowman spoke with both Prime Minister Justin Trudeau and the premier, requesting up to 50 critical care nurses, 20 respiratory therapists and 50 contact tracers from Statistics Canada, and even asked for military support.

Bowman added that “all options,” such as 24-hour drive-thru vaccine clinics, are being considered, but said ultimately it’s the premier who needs to do more in terms of support and resources. 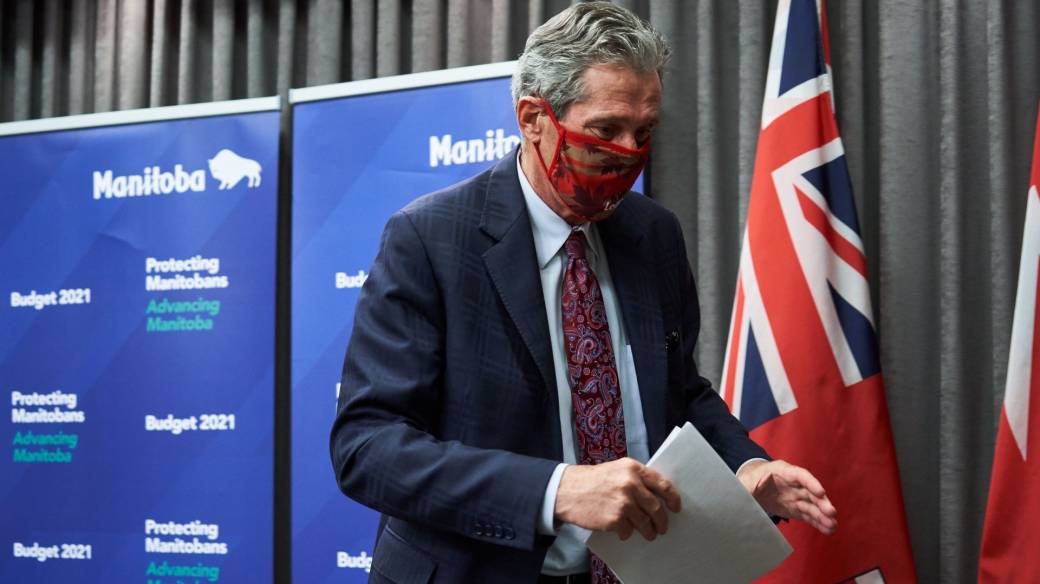 Pallister has also issued a “call to arms,” urging the United States government to send extra COVID-19 doses to the province to help it reach 100,000 Manitobans vaccinated within 10 days.

“The challenge right now is our ICU doctors and nurses are telling us that they’re at capacity,” he said.

Bowman said the test positivity rate in Manitoba was at an “all-time high” of 16.1 per cent. The province’s healthcare system is so overwhelmed that he said the provincial government has had to fly ICU patients to Ontario.

“When you start shipping patients to other provinces because you simply don’t have the human resources, you’re past that critical phase,” he said.

“[There is] a real concern about what’s in store for our patients in the coming weeks and as well as the stress and strain that it’s putting on those in the health care sector.”

Manitoba reported 476 more cases of COVID-19 and six more deaths on Saturday after shattering provincial daily case counts on Thursday at 603. To date, 47,977 Manitoba residents have fallen ill while 1,028 have died.

“All of our resources are being stretched,” provincial chief nursing officer Lanette Siragusa said in a previous interview, adding that all incoming health care workers would be immediately deployed to three hospitals in Winnipeg that have intensive care units.

Previous articleWoman urges mandatory COVID-19 vaccines for long-term care staff amid outbreak in Ontario
Next articleEdmonton weather: Sunday funday! Get out and enjoy it!