Metro Inc. reported a bump in profits and sales during its second quarter as renewed lockdowns and curfews continued the pandemic’s home cooking trend.

The Montreal-based company, which includes the Metro grocery store chain and Jean Coutu drugstores, said Wednesday it recorded a five per cent uptick in sales and a profit of $188.1 million, up from $176.2 million a year ago, for the quarter ended March 13.

“We had very solid results in the second quarter … in what can only be described as a challenging operating environment,” president and CEO Eric La Fleche said during a conference call with analysts.

“Our teams continue to demonstrate great dedication and resilience to serve our communities,” he said. “I’m grateful for their work hard.”

Metro paid out $8 million of gift cards to front-line employees in the quarter, and recently announced it would be offering front-line workers another round in May ranging from $75 to $300.

Redemption of the gift cards by employers has been nearly immediate, La Fleche said, noting that the gesture has been appreciated by workers.

While the number of shoppers in stores — or the transaction count — remained down in the quarter, he said larger basket sizes more than offset the lower number of transactions.

Overall, food same-store sales were up 5.5 per cent, the company said.

Metro operates a network of supermarkets under several banners including the full-service grocery stores Metro and Metro Plus and the discount stores Super C in Quebec and Food Basics in Ontario.

Meanwhile, Metro said pharmacy same-store sales were down 0.8 per cent.

Restrictions on the sale of non-essential goods in Quebec combined with a much milder cold and flu season negatively impacted pharmacy sales in the second quarter, even though core prescription sales remained solid, La Fleche said.

Metro has about 650 drugstores primarily under the Jean Coutu, Brunet, Metro Pharmacy and Drug Basics banners. 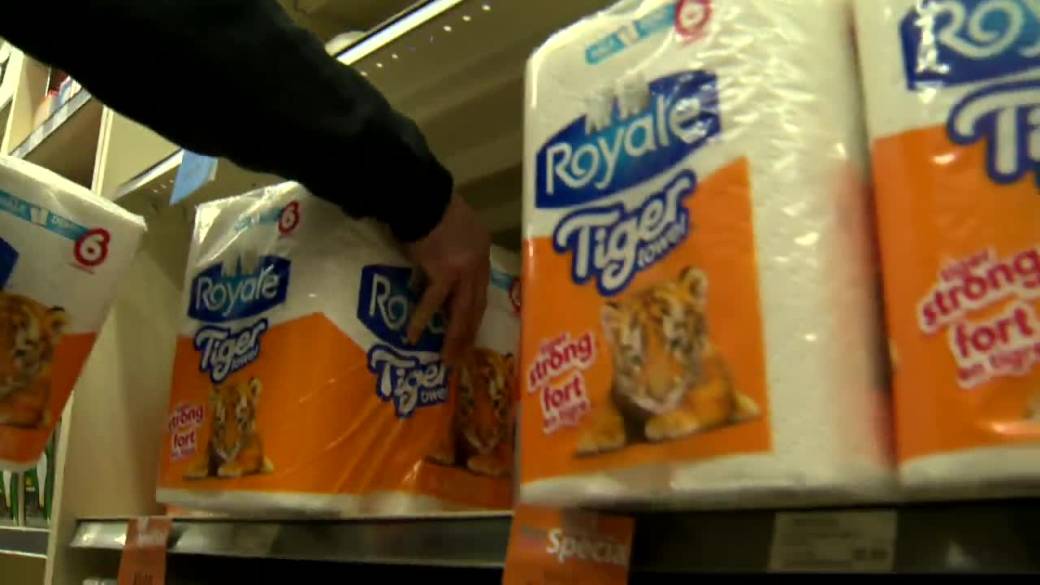 2:28
Grocery store clerk navigates through mass-anxiety, emotion during one year of COVID-19

Grocery store clerk navigates through mass-anxiety, emotion during one year of COVID-19 – Mar 7, 2021

The company said its profit amounted to 75 cents per diluted share for the quarter, up from 69 cents per share a year ago.

Analysts on average had expected an adjusted profit of 76 cents per share and $4.15 billion in revenue, according to financial data firm Refinitiv.