TORONTO — Ontario labour inspectors are homing in on warehouses and distribution centres, but the site of a major workplace COVID-19 outbreak isn’t included in the ongoing inspections: Canada Post.

More than 300 employees at the postal service’s Gateway facility in Mississauga, Ont., have tested positive for COVID-19 since the start of the year and one employee has died. Canada Post advised customers across the country to expect delivery delays as the outbreak impacted operations at the central mail delivery hub.

But because Canada Post is a federally regulated Crown corporation, its inspection falls outside provincial jurisdiction.

Read more: All employees to be tested at Mississauga Canada Post facility as COVID-19 outbreak grows

The president of the national union representing postal workers said consistent standards should be applied to all workplaces, noting that the outbreak has had an “enormous impact on all postal workers.”

“The virus doesn’t distinguish between provincial and federal workplaces and neither should inspections,” Jan Simpson, president of the Canadian Union of Postal Workers, said in a statement. “Workplaces and workers in the Peel Region have been hit hard by COVID-19. It’s in everyone’s best interest that all workplaces be inspected to ensure the health and safety of workers.”

Ontario Labour Minister Monte McNaughton said earlier this month that the ministry chose to focus on warehouses and distribution centres in Peel Region – the hard-hit region of the Greater Toronto Area – noting that such workplaces employ a high number of temporary and precarious workers.

“Every employer, I don’t care who they’re owned by, knows the rules that they need to follow,” McNaughton said in an interview when the warehouse and distribution blitz was announced on Feb. 10. “There’s no excuses anymore.” 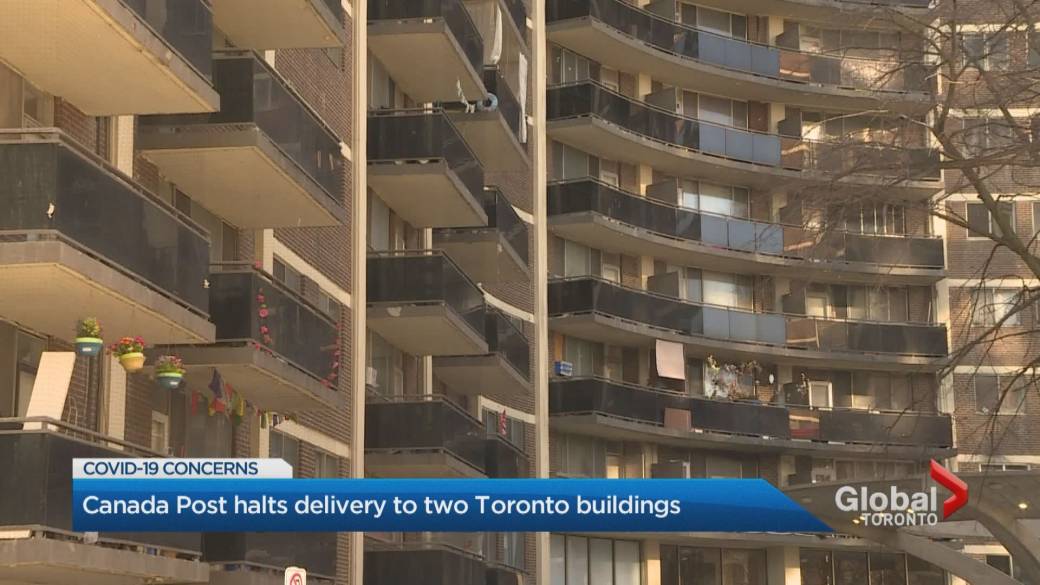 In the first week of the inspection “blitz” in Peel Region, inspectors visited 59 warehouses and issued issued 10 tickets and one order. They found compliance was just over 64 per cent, according to the ministry.

However, McNaughton said the federal government has responsibility for the Canada Post workplace. He said all levels of government need to work together to make sure safety measures are in place.

“It’s all hands on deck, every level of government has to pull their weight,” he said. “I’m certainly ensuring that our ministry is doing everything possible to protect the health and safety of workers.”

Employment and Social Development Canada confirmed in a statement that the federal labour program “engaged” with the Gateway Canada Post facility “several” times between March 1, 2020 and Feb.12, including “to investigate refusals to work, to conduct an inspection into the (preventive) measures implemented, as well as to investigate the death of the employee.”

But it’s unclear what, if any, enforcement took place on those visits, or how many of them occurred and when. The department said information on specific findings including tickets issued couldn’t be shared publicly unless through an Access to Information request.

The department statement said it works with employers to help them fulfil legal obligations, but added that employers are “best positioned to determine the health and safety measures for their work environment in order to meet legislated requirements.”

“Therefore, the Labour Program does not prescribe specific measures to be taken in any federally regulated workplaces,” spokesperson Marie-Eve Sigouin-Campeau said in a statement.

Peel Public Health, which also supported Canada Post in managing the outbreak by ordering asymptomatic testing of all workers among other measures, also declined to share specific findings.

“As this is an ongoing, active investigation we are not in a position to disclose any further details,” Dr. Lawrence Loh, the region’s medical officer of health, said in a Feb. 17 statement. “Canada Post continues to co-operate with our investigation, and our joint priority remains protecting the health and safety of impacted employees and our broader community at this time.”

Tim Sly, an emeritus professor of epidemiology at Ryerson University, said the “tangle of power struggle” between levels of government is a recurring characteristic of public health crisis management in Canada that can erode the public’s trust.

“It confuses everybody,” he said. “The city says one thing, the province says something else, the feds say something else, and the public is going around in circles saying that nobody knows what they’re doing.”

The safety review, which started in December 2022, is looking at drug withdrawal symptoms after stopping or reducing the dose of domperidone used to...
Read more