Mixing COVID-19 vaccines appears safe — but no data on whether it works, U.K. study says

New preliminary data suggests that mixing Pfizer-BioNtech and AstraZeneca COVID-19 vaccines is safe, but it’s still too soon to tell whether combining doses will provide protection against the virus.

The early results from a University of Oxford study found that mixing the two vaccines may increase the frequency of mild to moderate side effects. But the symptoms, referred to in the study as “reactogenicity,” were short-lived — lasting no longer than a few days — and there were no hospitalizations or other safety concerns.

“Whether or not this will relate to actually an improved immune response, we don’t know yet,” Dr. Matthew Snape, chief investigator on the trial and associate professor in General Paediatrics of Vaccinology at the University of Oxford, told reporters during a briefing on Tuesday.

“We’ll be finding out those results in a few weeks time.”

The data comes as Canada’s federal government faces pressure from provinces to release guidance on the safety and efficacy of vaccine mixing amid supply shortages.

“I think we’re all interested in the approach of actually mixing different types of vaccines, like an mRNA following a viral-vector vaccine, for example,” she said.

The peer-reviewed research letter was published in the Lancet on Wednesday. The trial recruited 830 volunteers at least 50 years and older from eight different sites in England.

Researchers tested for a variety of common side effects including fatigue, feverishness, headache, joint pain, muscle aches and malaise.

There were more frequent adverse reactions among those who were administered the AstraZeneca shot second than in participants who received the Pfizer dose as a booster. 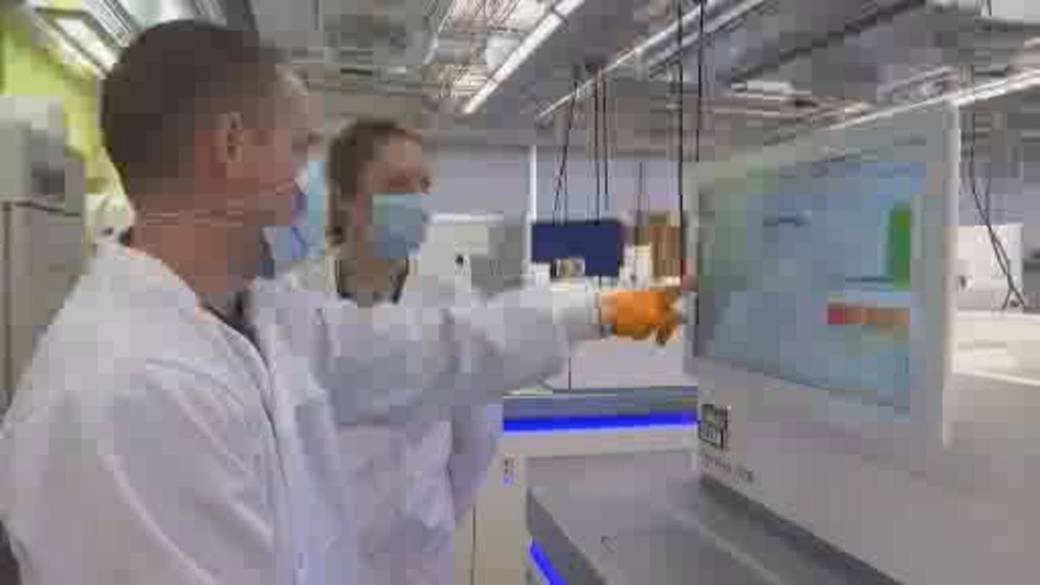 When flipped, 41 per cent of 114 participants reported feverishness, as compared to 21 per cent of participants who were administered the Pfizer vaccine for both the first and second dose. Similar numbers were recorded for other types of adverse reactions.

Dr. Jörg Fritz, a microbiology and immunology associate professor at McGill University, said the results indicate that mixing and matching doses “could be applied in situations of vaccine shortage.”

“However, studies to decipher the immune response quality, durability and protection from disease are still ongoing, which will be the ultimate benchmark to make sold decisions of how broadly applied these mix-match approaches should be used.”

The University of Oxford-led Com-COV study was launched earlier this year to observe how well a person’s immune system would respond when their second booster shot was a different type of vaccine from their first dose.

There are some other drawbacks to the study. The trial didn’t recruit anyone under the age of 50, and increased side effects could be prevalent among younger demographics.

Dr. Tania Watts, a professor of immunology at the University of Toronto, also noted that the study clocked for a four-week schedule in between doses, but “almost no one in Canada will have a four-week boost.”

“We should wait and see their data from the 12-week boost” to see if the increase in frequency remains, she said, in an emailed statement to Global News. 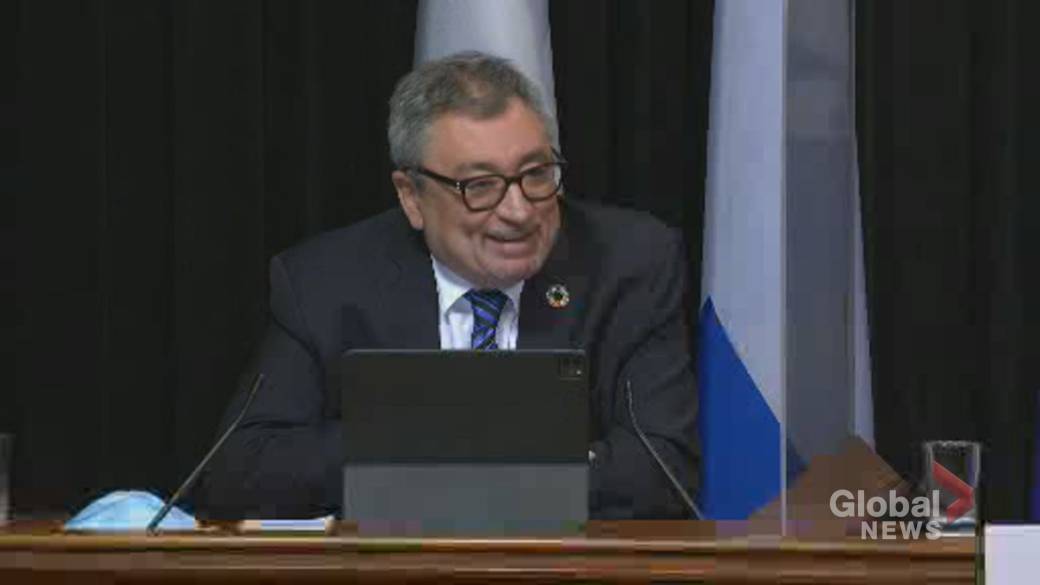 While the findings are preliminary, Canadian experts interviewed by Global News are touting the study’s findings as good news that could prove instrumental as the federal government explores viable ways to speed up its vaccination rollout.

Dr. Gerald Evans, chair of the division of infectious diseases at Queen’s University, said the increased frequency in symptoms could be a good thing.

Adverse reactions are a sign that the vaccine is working, he said, indicating that “there may be a more robust immune response happening with mixing the vaccines.”

By combining the different RNA and DNA natural chemicals found in each vaccine that target the virus, Evans also said there was a possibility that mixing doses could provide a broader immune protection.

“I would be very surprised if this kind of strategy of mixing vaccines wasn’t effective,” he said.

“It’s exactly the idea that somehow presenting the information in slightly different ways, one using messenger RNA and another one using DNA… that somehow the body, in response to those, produces this broader response and perhaps a more intensive response that’s really going to up the degree of protection that we see from vaccines.”

“It may well be that it turns out in a few weeks that this combination of AstraZeneca first and Pfizer or Moderna second is actually an ideal combination,” he said.

According to Jüni, the preliminary data offers a possible glimpse of what is to come in the future.

“We should not be purists here in the middle of a pandemic,” he said.

“Science is emerging. Everything is moving as fast as it can, and this data will be solid for decision making for all age groups.” 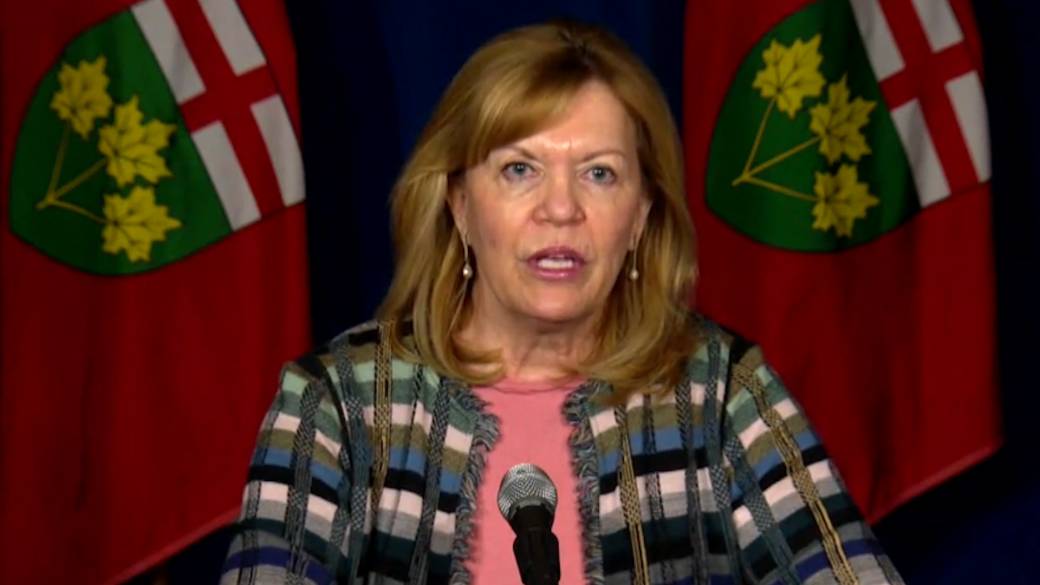 Investigating whether mixing vaccines is safe is an important first step, but Jüni said it isn’t enough to come to any firm conclusion.

In April, the Com-COV study was expanded to include the Moderna and Novavax vaccines in a new study called Com-Cov2. It is currently ongoing.

According to the University of Oxford, volunteers for this study will have received either the AstraZeneca or Pfizer vaccine, and then have been randomly allocated either the same vaccine for their second dose or a dose of the COVID-19 vaccines produced by Moderna or Novavax.

Volunteers for this trial were separated into six groups of roughly 175 candidates, adding another 1,050 participants to the study.