Several men at a Montreal-area immigration detention centre refused food this week to protest what they say are inhumane conditions at the facility and to try and secure their release.

It’s the third hunger strike at the Laval immigration holding centre since the beginning of the pandemic, according to Solidarity Across Borders, an activist group working with the detainees.

Inmate Carlos Martin began his hunger strike on March 1, he said in an interview Wednesday from the facility, adding that six other detainees were also refusing food.

Martin, originally from Colombia, said he’s been held in the detention centre for almost 16 months and that he caught COVID-19 while detained. He said he and the other hunger strikers are worried about novel coronavirus variants and that some guards aren’t following proper safety procedures.

“I know what the symptoms are and I have seen some guards that had the same symptoms that I had and didn’t use gloves, that took off masks,” he said.

In an email late Thursday evening, Judith Gadbois-St-Cyr, a spokeswoman for the Canada Border Services Agency, said there are “currently no detainees on food protest.”

Solidarity Across Borders spokesman Bill Van Driel, however, said Friday morning that as far as his group is aware, seven detainees are still participating in the hunger strike.

A group of inmates went on hunger strike in March 2020 — also seeking their release because of fears around COVID-19 — and one detainee refused food in February after catching the disease, according to Solidarity Across Borders.

Detainees were held in isolation during the February outbreak and only allowed out of their cells to shower or make phone calls, Van Driel said in a recent interview.

Van Driel said visits to the detention centre have been suspended since March 16, 2020, and that because immigration detainees are generally held for a short of period of time, conditions are worse than in prisons or jails. 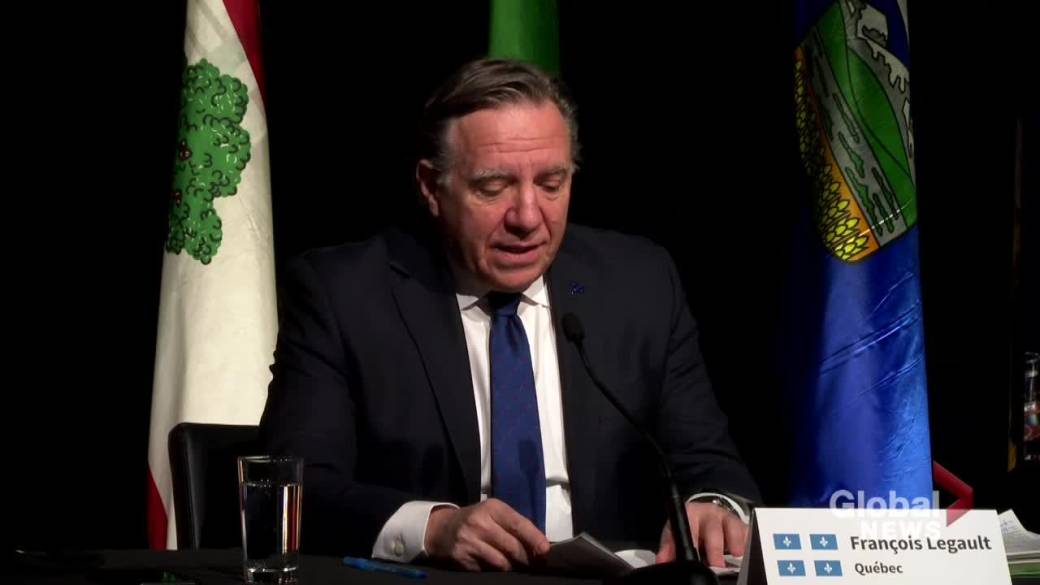 Martin said guards are retaliating against the hunger strikers with disruptive searches. “The guards are refusing to let us have water (or) Gatorade in our cells, they are coming in three to four times a day and disorganizing everything,” he said.

Gadbois-St-Cyr said detainees who participate in “food protests” have access to medical care and are not forced to eat. There are currently 18 people detained in the facility, she said, adding that three people have had cases of COVID-19 and all three have recovered.

When asked about the hunger strike on Thursday, Mary-Liz Power, spokeswoman for Public Safety Minister Bill Blair, said, “we are aware of the situation at the Laval immigration holding centre, and we are following it closely.”

“Our priority is always the safety of our communities, the immigration detainees and the staff in the IHCs. In support of that priority, we constantly review and update our best practices based on our experience in these centers,” she wrote in an email.

Immigration detention is a last resort, she said, adding that people are sent there “while their identity is being determined or verified.” She said the number of people in immigration detention has been reduced by more than 50 per cent since the beginning of the pandemic.

He said it no longer matters if he gets to stay in Canada, he just wants to leave the detention centre.

“The truth is that I simply want to regain my liberty and finish this already,” he said. “It doesn’t interest me if they choose me to stay or return me to my country. I want it to be as fast as possible.”

Previous articleCanada getting 1.5M additional Pfizer vaccines doses in March
Next article‘Now is not the time’: WHO cautions against relaxing pandemic fight