MONTREAL –  On a sunny and hot spring morning, Peter Scoufaras enjoys the company of his wife and daughter, keeping his distance while sitting in his backyard in Montreal.

Sixty-five-year-old Scoufaras savours spending time with them, knowing that just a few months ago, his life was in danger, his body wracked by COVID-19.

“It’s like a roulette in the casino; you could get a very simple dose or you can get what I got, and I never wish it on anyone to get what I got,” Scoufaras said.

Last Christmas, Scoufaras contracted the virus. He isn’t sure how, as he was following all health and safety guidelines.

His three children weren’t worried about him, however, assuming he would get over it quickly.

“When we first heard my dad had COVID, I did not think it was a big deal,” said his daughter, Elizabeth. “My dad is a very healthy 65-year-old with no underlying conditions.”

The golf-loving and non-smoking Scoufaras was fine at first. But then very quickly, he deteriorated, struggling to breath.

“It was like lighting speed the change,” he said.

He was admitted to the Cite de la Sante hospital in Laval, where doctors initially gave him oxygen, then placed him in a coma and on a ventilator. His body started breaking down.

“It just happened so quickly and I think it was just the worst day of our lives when he went on the ventilator,” said Elizabeth Scoufaras.

Peter developed myriad complications while in the coma, including blood clots and double pneumonia. He had a trachea inserted, and lost 40 pounds. In all, he lay unconscious for five weeks, fighting for his life.

“It did not look very good, I  was in a very bad condition,” he said.

His daughter added, “It was devastating. It was very difficult, I could not grasp what was happening.”

Scoufaras’ family never gave up hope he would recover. And slowly, he did. He eventually started breathing on his own, and woke up from his coma. Nurses helped him learn to eat and walk again, after losing so much weight and muscle.

He was finally allowed to return home after spending almost three months in hospital. Doctors were never able to explain why the virus attacked him so savagely.

“He has great lungs,” his daughter said. “How could this happen? They just said it can happen.”

When Peter finally left the hospital, relieved ICU staff clapped as he left, relieved he survived. He now faces a long road to recovery.

He says he feels indebted to the many nurses and doctors who helped secure his survival.

He told Global News he believes the support of his loved ones helped him survive. “Well I don’t think I could have gone through it without them,” he said, wiping away tears.

The family is now urging people to take the virus seriously.

“He was very healthy with no other conditions,” Elizabeth said. “This happened to us, it could happen to anyone.”

“(Some) people do not understand how difficult and what debilitating a disease this is,” Peter said. 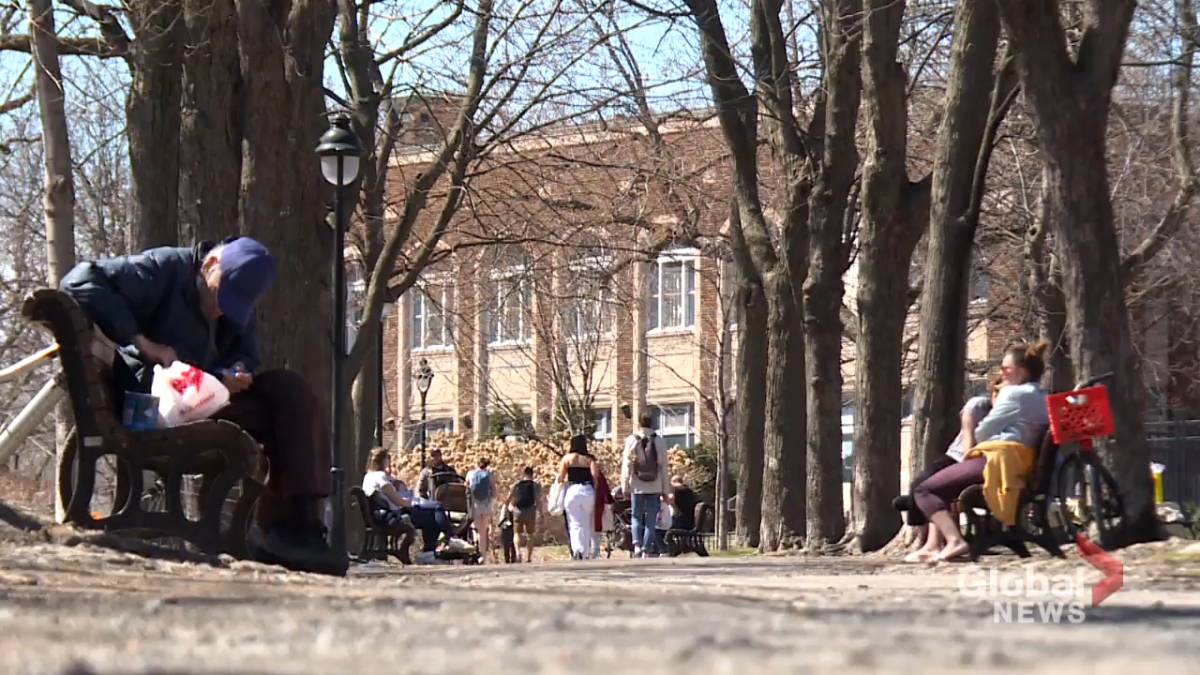 2:08
Return of 8 p.m. COVID-19 curfew in Montreal met with confusion and consternation