Montreal public health aims to clamp down on COVID-19 variants

While cases remain on the downswing and vaccines will soon be available to the public, Montrealers are urged to be cautious and to limit their contacts over the upcoming spring break to stop the potential spread of novel coronavirus variants.

Dr. Mylène Drouin, director of the city’s public health department, said Wednesday that variants have been detected in up to eight to 10 per cent of new COVID-19 cases.

There have been 22 outbreaks linked to them — some of which have already ended — since January, she added. The outbreaks have mostly been in schools and daycares, which have seen 11 and six outbreaks respectively.

All tests that come back positive in Montreal are now being screened for potential variants such as the B.1.1.7 variant which was first detected in the United Kingdom.

“The March break is a test for us,” Drouin said. “We really need to keep in mind to respect public health measures to delay the variants.”

In Quebec, the number of suspected cases of coronavirus variants identified through screening rose by 118, to 602 on Wednesday. However, the number of confirmed cases remains unchanged at 23.

Last week, the province’s public health institute’s modelling suggested that variants could surge in Montreal by March. However, it also said that it depends on how many cases are imported and how strongly people follow public health orders.

Drouin said Wednesday that while cases being tied to variants doesn’t mean affected schools or daycares will be automatically shut down, public health will act quickly to stop the spread.

“It’s really an approach where we will intervene rapidly.”

With the arrival of variants, Montrealers are asked to be careful — especially as elementary and high schools begin their break. They are asked to abide by public health rules and to limit contact with others.

However, public health authorities are encouraged by the declining number of infections and hospitalizations in Montreal, which has been hard hit by the pandemic.

“I want to say thanks to the Montreal population,” Drouin said. “We see the measures put in place in January are still well applied.”

Sonia Bélanger, the head of the CIUSSS du Centre-Sud-de-l’Île-de-Montréal, says there are 374 hospitalized patients — a drop of 105 compared to Feb.10.

As a result, hospitals have started to resume surgeries but Bélanger warns that it will still take time to catch up on delays. There are 45,000 people in the region who are awaiting surgery.

The rollout of the COVID-19 vaccine for the general public will also begin next week in the province, starting with seniors born in 1936 or earlier.

The Quebec government, which announced the plan the previous day, is targetting the Greater Montreal area, which has been hard hit by the crisis. 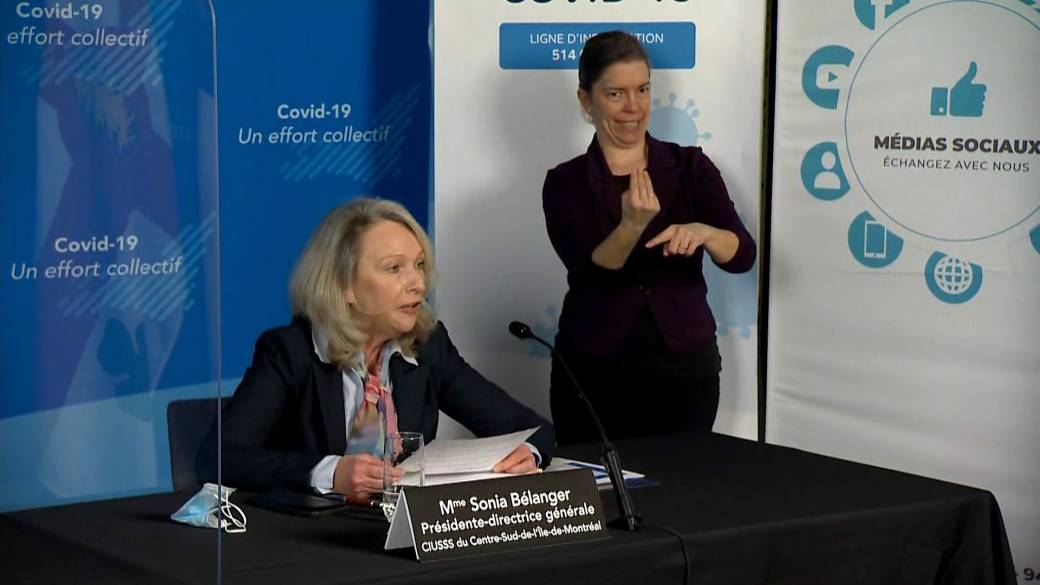 Bélanger says that health teams are prepared to give doses beginning next week at 15 sites across the city. Montrealers who are 85 or older can start booking their appointments online or by phone for the first dose starting Thursday.

“Getting the vaccine is the best way to protect yourself from COVID-19,” she said.

The vaccine is free and those who book an appointment do not need a health-care card in order to receive it, she added.

“Our teams are ready and will be waiting for you starting March the 1st.”