Montrealers were queuing up outside inoculation sites Wednesday morning to get their first dose of the AstraZeneca COVID-19 vaccine.

The long lines come after the provincial government expanded access to that brand of vaccine Tuesday by dropping the minimum age requirement to 45 and older. Under the plan, 600,000 more Quebecers are now eligible for their first shot.

Prior to that, only people older than 55 were able to get that vaccine at walk-in clinics.

The change has prompted eligible adults to line up outside several vaccination centres in Montreal, including the Olympic Stadium in the east end and the downtown core’s Palais des congrès.

In the West Island, eager citizens also woke up early for their chance to be vaccinated at the Bob Birnie arena in Pointe-Claire.

Quebec had temporarily hit pause on administering the AstraZeneca vaccine to anyone younger than 55 amid guidance from the National Advisory Committee on Immunization (NACI) about a possible link between the shot and rare blood clots.

Dr. Horacio Arruda, the province’s public health director, said Wednesday the province decided to set the age at 45 because officials said the benefits of that vaccine for that age group outweigh the risks. “If things change, if our epidemiology gets worse, we could lower the age,” Arruda said.

Quebec is following in the footsteps of other provinces. Ontario, Alberta, Manitoba and British Columbia have all dropped the minimum age requirement to 40 and older. 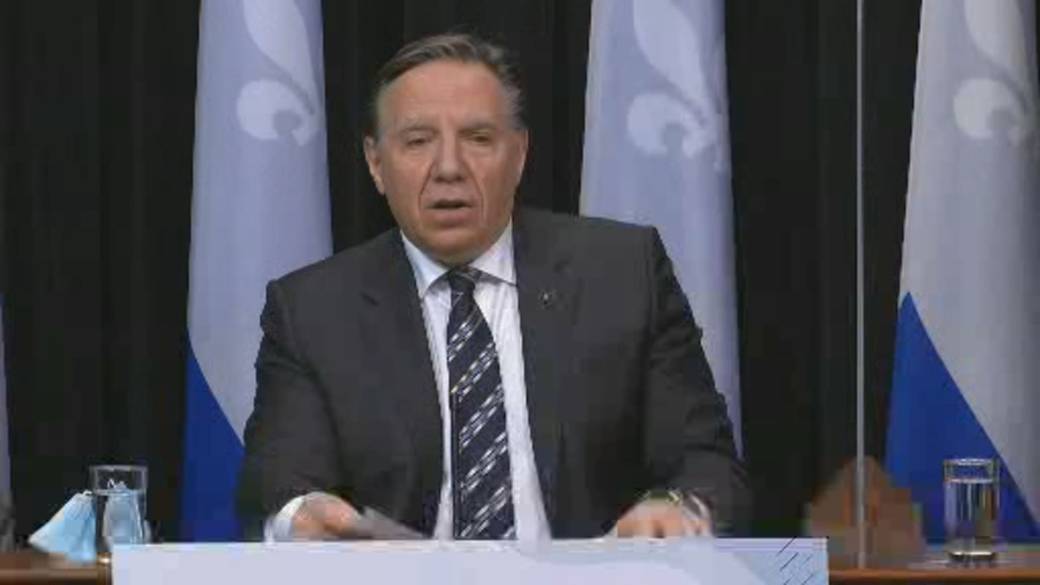 0:36
Legault says people aged 45 and older can get AstraZeneca COVID-19 vaccine in Quebec

Previous articleWhy women are bearing the brunt of COVID-19 vaccine side effects
Next articleCanada’s annual pace of inflation jumps to 2.2% in March