More than two million doses of vaccines are set to arrive in Canada this week as the country scrambles to contain the wildfire spread of more contagious variants of the COVID-19 virus.

That includes the first batch of Oxford-AstraZeneca vaccines — 316,800 doses — to be sent to Canada from the global vaccine-sharing initiative known as the COVAX Facility.

Canada has contributed $440 million to COVAX, half to secure up to 15 million doses of vaccines for Canada and half to buy vaccines for poorer countries that can’t afford to purchase their own.

While any member country can draw on COVAX’s supplies for its own use, Canada has been heavily criticized for undermining the spirit of the COVAX initiative, which is to ensure vaccines are equitably distributed to poor countries.

In addition to the COVAX supply, Canada is to receive 1,019,070 doses of the Pfizer-BioNTech vaccine and 855,600 doses of the Moderna vaccine over the next seven days. 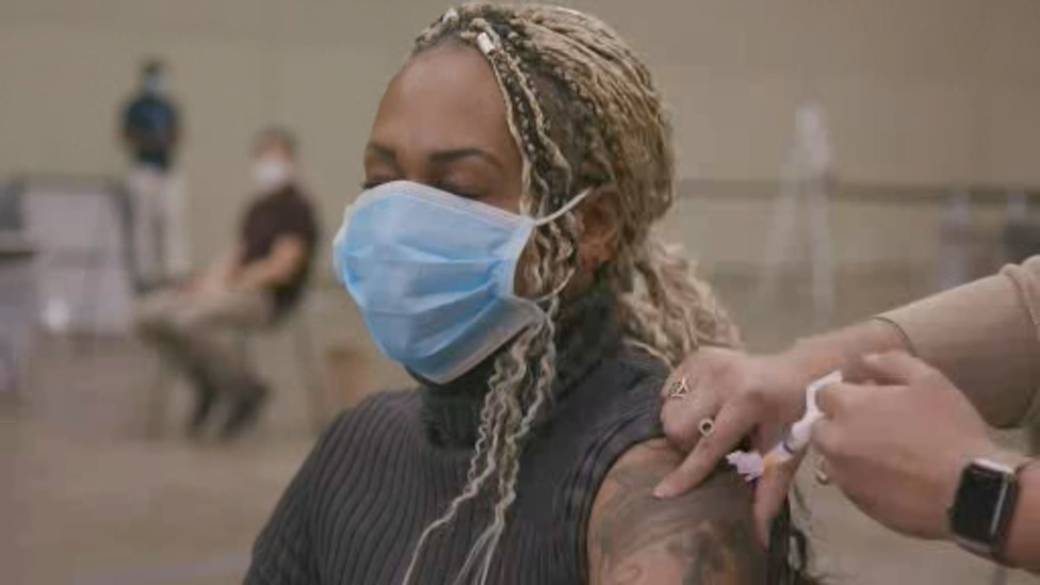 By the end of the first quarter, Canada had received a total of 9.5 million doses — ahead of the six million originally promised by the federal government despite production disruptions that slowed vaccine supply to a trickle in February and early March.

In the second quarter, Canada is set to receive at least one million doses of the Pfizer vaccine every week until the end of May, ramping up to two million a week in June.

It is on track to receive a total of 44 million doses of the Pfizer, Moderna and AstraZeneca vaccines by Canada Day.

The federal government is promising that every Canadian who wants to be inoculated against COVID-19 will be fully vaccinated by the end of September.

Read more:
Experts weigh in on how to manage unused COVID-19 vaccines & unfilled appointments in Ontario

The vaccination ramp-up comes as COVID-19 cases are skyrocketing across the country.

Canada passed a grim milestone Saturday, recording more than one million cases of COVID-19 since the virus hit the country in January last year.

As of midday Sunday, 23,043 Canadians had died from the disease.