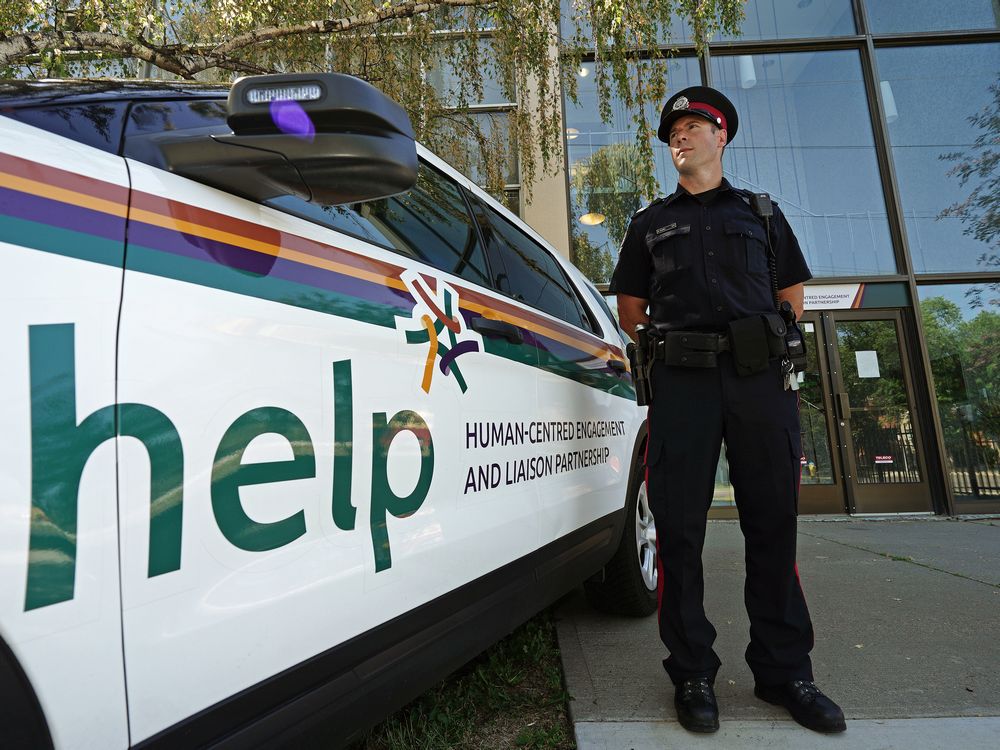 An Edmonton Police Service program to divert the city’s most vulnerable away from the criminal justice system now has a new building with social agencies and health services working together under the same roof.

The EPS’ Human-centred Engagement and Liaison Partnership (HELP), which launched in January, recently moved into a new building on 106 Avenue just north of Rogers Place, police announced at an event Wednesday. Having the agencies work in the same space is meant to better coordinate plans specific to each person’s needs, which may include addictions counselling, health care, transportation, housing, employment and financial support, and basic life skills.

Insp. Kellie Morgan said HELP is a new approach to policing focusing on the root causes and barriers like homelessness, mental health, addictions and intergenerational trauma.

“Rather than the traditional police response of arrest and incarcerate, we want and need to break the cycle for many. It is vital that we divert people from the criminal justice system and into the social, health and community supports they require,” she said.

Morgan said 280 people have been put through the HELP program, which is voluntary, since it launched at the beginning of January.

HELP teams include a police officer and a “navigator” from Boyle Street Community Services who proactively patrol together and can be requested by front-line police officers. There are eight constables, 10 navigators and a fleet of eight vehicles with the HELP logo. These teams can connect the people they encounter with other services.

Chief Dale McFee said EPS has to focus on both policing crime and helping those who need it using a combined law enforcement and public health response.

He believes this approach will reduce crime, calls for service, visits to hospitals and social services, and benefit both individuals and society.

“The key is to use jail for those that actually need that type of rehabilitation and keep the people that you can actually get diverted out of (jail). And if you can divert out of it, it’s cheaper, faster and has better results. It’s not one or the other, it’s both.”

There’s also the issues of racism, the discovery of unmarked graves at residential schools that are reopening trauma, he said, as well as fears surrounding the drug poisoning crisis. He said teams with both social workers and police give them the ability to better respond to people in distress.

“When there are issues, the police are often the only ones who can’t say no, and so they end up dealing with that a lot of those things that should be more appropriately dealt with by other systems. That’s the hope of this whole program,” Reiniger said.

HELP runs from 6 a.m. to 7 p.m. Monday to Friday but police officers can refer people to the program outside those times.

EPS funds officers and navigators through the capital budget. Other agencies pay for their own staff. Katz Group Real Estate donated the building to the HEAL team for five years.