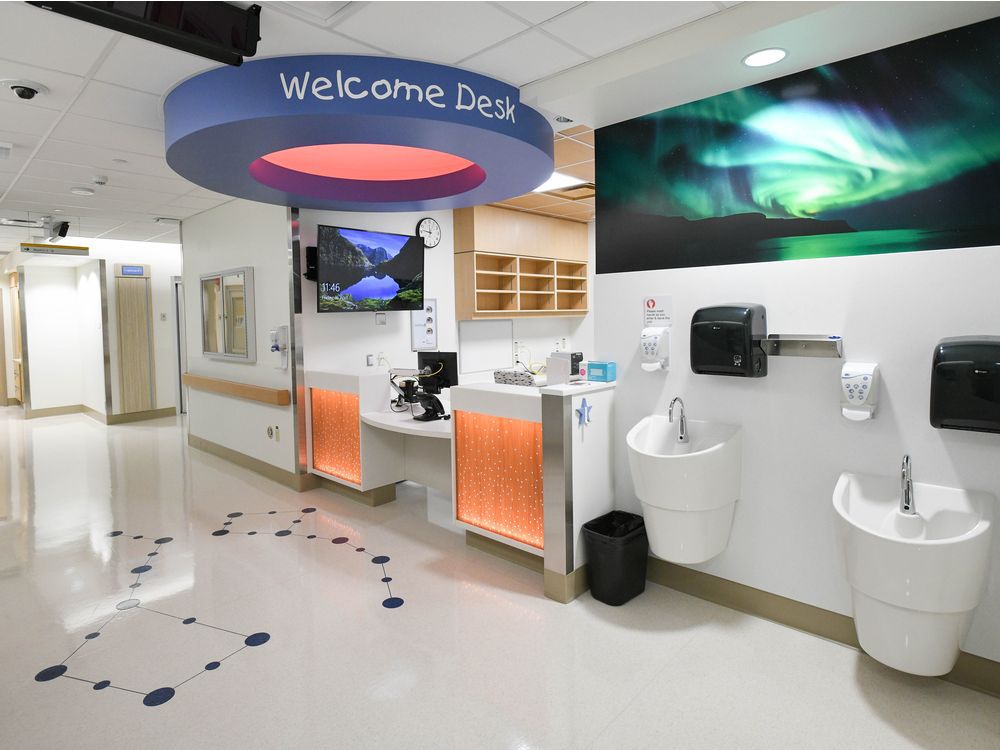 Families and staff were busy moving vulnerable newborns throughout the Stollery Children’s Hospital in Edmonton Wednesday as a newly-renovated neonatal intensive care unit (NICU), equipped with private rooms and a family lounge, opened to patients.

The new unit will see babies moved from a large room in separate beds to fully private rooms with improved airflow. Families will also have a lounge to stay in away from the rest of the public. Chloe Joynt, NICU medical director, said the renovations will allow for teams to work in an area that is safer and for patients and better controls infections.

The Stollery Children’s Foundation provided $1.2 million to fund comfort items for families at the new NICU.

Health Minister Tyler Shandro joined members of the hospital, the Stollery Foundation and Alberta Health Services (AHS) virtually to unveil the new David Schiff NICU unit Wednesday. He said the project was completed on budget and on time despite there being delays in construction at the beginning of the COVID-19 pandemic.

“This expanded unit will care for the most critically ill newborns who need urgent surgery,” said Shandro. “This unit, cares for babies from around Edmonton, but not just Edmonton, northern Alberta, the territories and parts of western Canada.”

The new unit was created with input from families who had previously spent time with their babies receiving care at the hospital. Karen Calhoun’s son spent time in several intensive care sections of the hospital when he was born 18 years ago. She said she spent years working to bring the family-perspective to the project.

“Many of us really feel strongly about using our voice and our experiences to continue to support policies and procedures and all sorts of other patient and family-centered care initiatives,” said Calhoun. “We know what it feels like to feel so vulnerable at the bedside and we feel through our experiences that we can use our voices to better support families.”

Fighting back tears Wednesday, she said the experiences that families go through while at the hospital run deep.

“I’m so happy that families will, after what’s a difficult day for them, and it’s a stressful day today, that they’ll just put their head down on their pillow and know that they are, their child is in one of the best places in Canada,” said Calhoun.