Nova Scotia Mi’kmaw boy walks for awareness: ‘That could have been me in one of those graves’

At age 11, Landyn Toney already has the strength of his convictions.

On July 1, Landyn is walking for six days and 157 km from his house in Valley, N.S., to the Annapolis Valley First Nation. It’s his way of honouring victims and survivors of Canada’s residential schools.

“It doesn’t feel right that there were kids my age that were dying from older people,” said Landyn, to Global News, before the start of his walk.

“Like they got whipped and stuff when they were bad and they couldn’t go home, and if they tried to, they were either … killed or punished.”

Now, Landyn is converting his anger into positive action.

His mother, Marsha McClellan, is helping coordinate Landyn’s Journey of Awareness, creating an online fundraiser and joining the walk to make sure her son stays safe. She says he’s always been an advocate, forming a school group when he was in the second grade to spread awareness of Indigenous culture.

Since news of the walk started spreading online, she says they’ve received many hundreds of emails from people who can relate to the fear every parent feels about a child’s security.

“It’s heartbreaking to even think about it, and I can’t even imagine what it would feel like for the ones who had their children taken away at a young age and the children, how they felt during that.”

McClellan says she and Landyn’s father, Roger Toney, have always emphasized the importance of his Indigenous heritage.

“He’s proud to be who he is, and he wants others to be proud of who they are,” McLellan said. “And he wants people to learn the truth.”

It’s a painful truth for Landyn and his Mi’kmaw ancestors. His great-grandmother was a survivor of the residential school in nearby Shubenacadie, which operated between 1930 and 1967. A search for remains at the property started last year, and continues.

Landyn’s cousin, Keaton Toney, is also joining the walk. He said sending a message of Indigenous strength is important.

“It shows people how strong we are and how much we will stand up for our rights, and, for our heritage,” Keaton said.

Landyn is stepping into new territory.

“I do sports, but I never went for a long walk in my life,” Landyn told Global News.

But leaving his comfort zone will be worthwhile, he says, if it helps others.

The Indian Residential Schools Resolution Health Support Program has a hotline to help residential school survivors and their relatives suffering with trauma invoked by the recall of past abuse. The number is 1-866-925-4419. 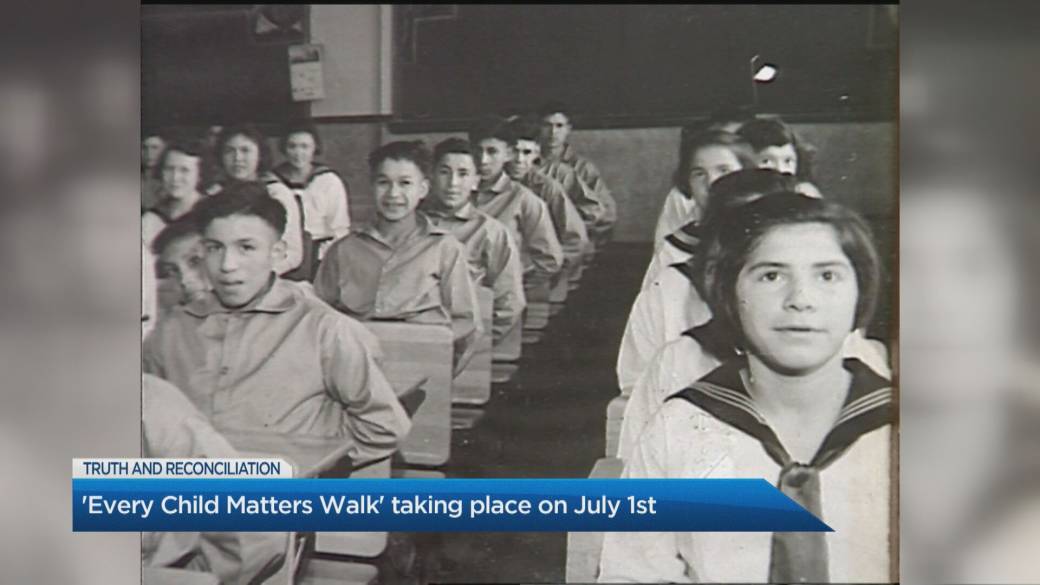