Nurses working during COVID-19 pandemic ‘beyond the point of burnout’

In February, the emotional toll from the COVID-19 pandemic began to weigh heavily on Michael Gaerlan, a registered nurse working in an intensive care unit in Edmonton, Alta.

Speaking to family members of patients on the phone, tight regulations means that he’s had to say no to visitations more often than not.

“It hit me that a lot of these patients we look after often die alone, or die with only a few family members beside them,” he says. “It’s tragic.”

Gaerlan works at the Royal Alexandra, one of Canada’s busiest hospitals. Currently, the province also has the worst COVID-19 outbreak in North America, with the highest active case rate per capita.

“(Nurses) are beyond the point of burnout. We all just want this pandemic to be over but it feels like we’re far from it,” he says.

Nurses have been working tirelessly over the last year in response to the COVID-19 pandemic, trying to keep people out of hospitals, treat positive cases, vaccinate people and educate communities, among other things.

In comparison to the beginning of the pandemic, when healthcare workers felt the “tremendous support” from the general public in the form of convoys of honking cars or free food, Gaerlan says the everyday frustrations — and the inability to keep up with variants of concern — make it difficult to stay positive. 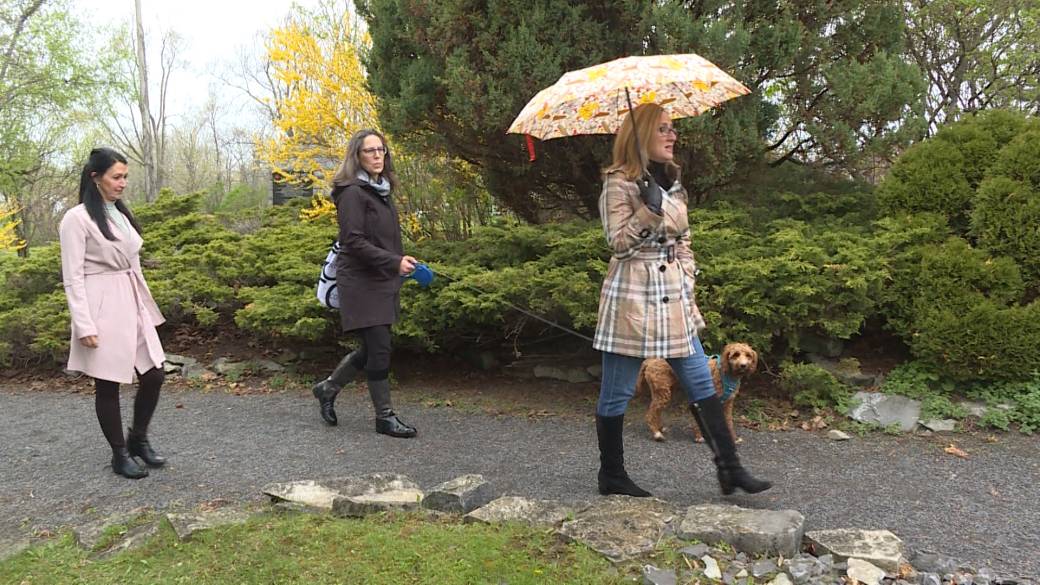 “They’re demoralized. They’re exhausted. They are at the brink … from witnessing so much tragedy,” he says, adding that many nurses might exhibit post-traumatic stress disorder once the pandemic subsides.

Read more:
Nurses in Ont. hospitals can now give care outside of ‘regular scope of practice’

A new survey conducted by Oraclepoll Research found that of the 2,600 registered practical nurses who belong to the Canadian Union of Public Employees, more than half of respondents said they were coping “poorly” or “extremely poorly” at work over the past year.

Just over 80 per cent reported that their workload had “increased a lot,” and over 90 per cent are worried about bringing COVID-19 home to their families.

“They don’t really like being called heroes,” Guest says. “They are faced with the same kind of public stressors that everyone else is facing and when they go to work, their families are always at the back of their minds.”

Gaerlan says the media missed the mark when labelling healthcare workers as the frontline, because it takes the onus away from the public.

“The frontlines are everyday people wearing masks, businesses changing their daily practices to accommodate regulations and people who are socially distancing,” he says. “Especially in the ICU, we are essentially the last line (of defence),” he adds. “There’s nobody else after us.”

Like many other hospitals in Canada, the Royal Alexandra has had to expand its capacity to accommodate an excess of patients.

Gaerlan says some storage rooms have been repurposed for patient care, equipment is sometimes scarce and several patients with COVID-19 might have to be contained in a common area.

“(It’s) an efficient way of looking after patients but it’s at the cost of their dignity,” he says, adding some patients are side by side and on life support. 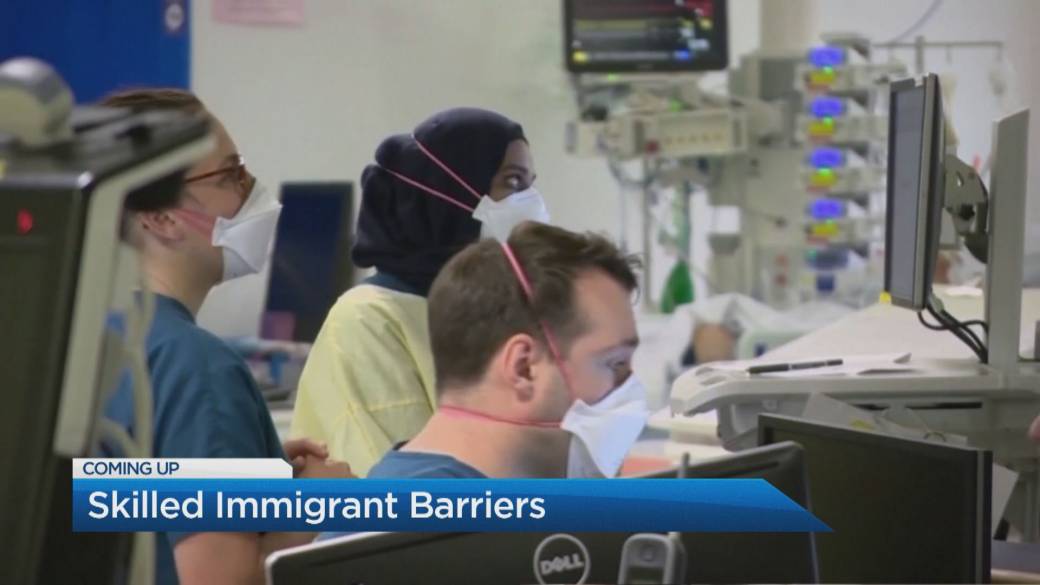 4:17
Foreign-trained doctors face barriers to work on the frontlines of the pandemic in Canada

Though a lack of space can be remedied, the amount of staff remains unchanged, meaning the workload has been stretched to the max for many healthcare workers.

“We’re pulling nurses from other patient care areas like surgeries,” Gaerlan says. “(But) we’re still pulling from a finite pool of nurses.”

Canada’s nurse shortage has been one documented over the past decade, but the extraneous circumstances of the pandemic have highlighted how grave the issue really is.

A study of over 550 registered practical nurses conducted by the Service Employees International Union found that 94 per cent of RPNs regularly work short-staffed, and 72 per cent believe staffing is insufficient.

Many nurses are contemplating leaving the profession once the pandemic subsides.

Ontario recently called upon other provinces to send nurses, and even requested international help from the U.S. and the Philippines.

Guest says there are enough internationally educated nurses in the country who are willing and able to help with the current crisis, but barriers to becoming a registered nurse in Canada need to be eliminated first.

“They have skills that can be used … and we need to find a better way of supporting them so we can get them in the workforce,” he adds.

Gaerlan’s parents were both nurses in the Philippines. After immigrating to Canada, his mom took a refresher course so she could continue working in the field and she now works alongside Gaerlan at the Royal Alexandra.

“My parents are caring and loving people and I wanted to follow in their footsteps,” Gaerlan says. “Being able to say that I’m (a nurse) really empowers me.” 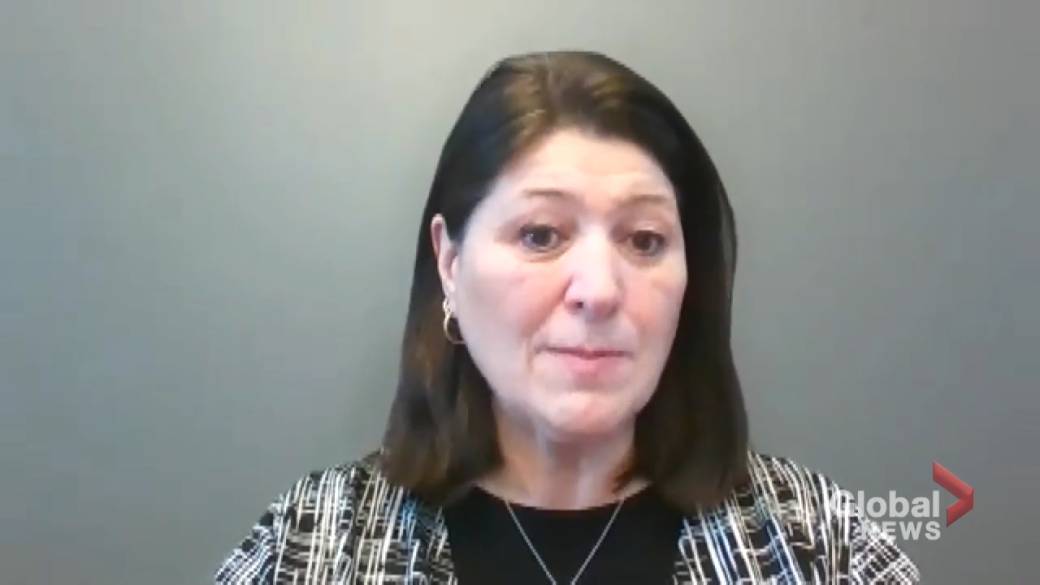 Lianne Mantla-Look, a relief community health nurse in Yellowknife, has also been working alongside her mom as part of the COVID-19 immunization response team.

Her mom is a retired language and culture coordinator, and they have both been working hard to translate information from English to Tłı̨chǫ for Indigenous communities in the Northwest Territories.

“There’s a lot of misinformation out there … and a lack of trust in the healthcare system,” says Mantla-Look.

Being able to provide reliable information — as she and her mom are trusted by many of the Elders in their region — and the translation of health material, in general, is a step towards decolonizing healthcare, she adds.

Many words are difficult to translate, however, considering there is no direct translation to Tłı̨chǫ, Mantla-Look says.

“Words like Moderna, antibody and even COVID-19 … you have to completely break down one word into various different things to convey your meaning,” she adds.

One highlight for Mantla-Look has been going back to her community of Behchokǫ̀, where she grew up, to administer vaccines.

She has been the only person from her community who both speaks her language fluently and works in healthcare, and so the Elders have always been proud of her, she says.

“The Elders gave me a seal of approval — calling me the nurse who gives painless needles,” she says.

Vanessa Wright, a primary care nurse practitioner at Women’s College Hospital in Toronto, also works at a refugee clinic and different shelters in the city.

When working with communities, she says it’s important to start from a place of cultural humility.

“You have to approach it with the perspective that ‘I’m not the expert, the community is the expert.’ And we try to find the model that works best for them,” she adds.

Wright has also been administering vaccines to undocumented workers at a refugee centre.

COVID-19 has highlighted the diversity and breadth of the nursing profession, Wright says, bridging knowledge gaps to different communities that might be at greater risk of transmission.

“Nurses are the real connecting piece across all these different silos within the (healthcare) system,” she says. “We are the backbone of the healthcare system.”

When Wright is feeling overwhelmed or incapacitated, she says she reaches out to other nurses for support.

“I find a lot of gratitude and solace in that. … We are good at acknowledging the barriers and injustices and we find ways to bridge that,” she says. “And we listen to each other.”

— With files from Global News’ Shawn Jeffords and Slav Kornik