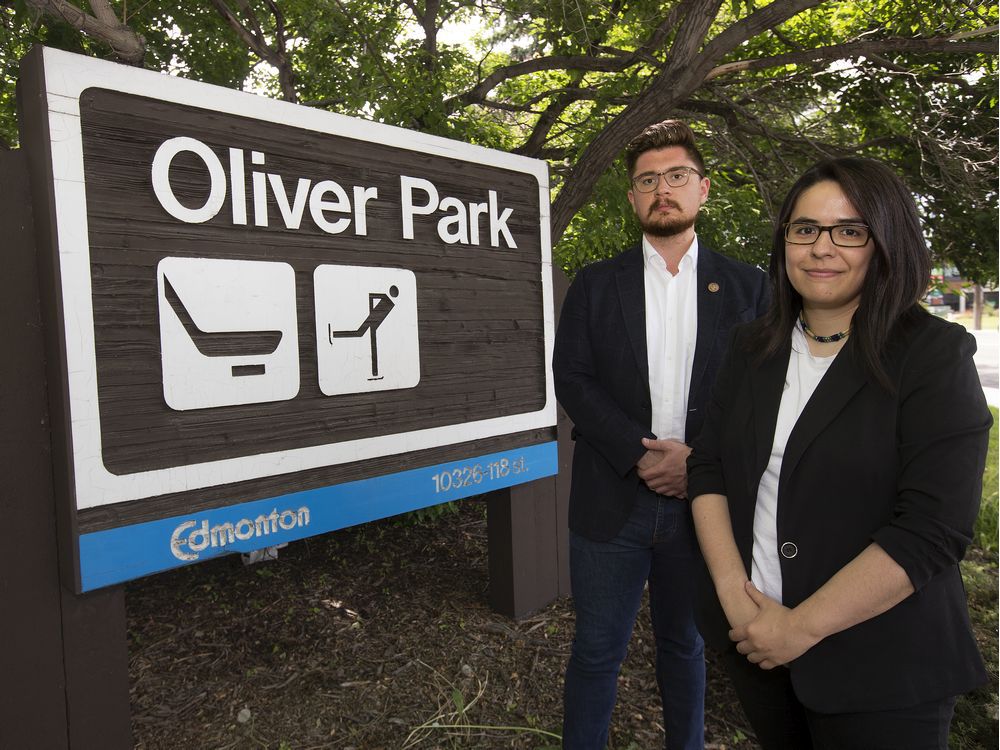 The Oliver Community League is launching an engagement process to rename the central Edmonton neighbourhood because of its namesake’s history of racism.

On Wednesday morning, the community league announced it is seeking a consultant to complete a wide-scale engagement process for all communities impacted by the name change. A request for proposals was issued for a project consultant to lead this process and gather a list of new name options for the neighbourhood with a recommendation to be presented to city council.

Frank Oliver, for which the community was named in the 1930s, spearheaded many harmful policies that targeted Indigenous communities, people of colour and newcomers when he served as federal member of parliament for the Edmonton area. He was instrumental in the removal of Indigenous people from their land through the Oliver Act.

In a statement Wednesday, the community league said the namesake doesn’t reflect the spirit of diversity and inclusion that the neighbourhood represents and it’s time for change. Brent Oliver, a descendant of Frank Oliver involved in the name change campaign, said he is in full support of finding a new name that better reflects the current community values.

“I fully support the Oliver community league’s request for proposals to explore a new name for their neighbourhood. Frank Oliver’s racist and divisive legacy needs no longer be celebrated in one of Edmonton’s most diverse communities,” he said in the statement. “A name change will not erase Oliver’s involvement in the reduction of Papaschase land, intolerant immigration policies and enriching his family off our Indigenous neighbours — but it should begin a process of healing between settlers, First Nations and new Canadians.”

The renaming discussion formally began last summer when the community league board voted to oppose the name as part of its “Uncover Oliver” campaign and look into renaming. Over the last year, the league has been working with the city to draft a process to discover a new name for the community. This process will be Indigenous-led and involve as many diverse communities and Oliver residents as possible.

There isn’t a set timeframe for the process, but applications for the project consultant position are due June 23. Once the naming recommendation is presented, the community league will present it to the city’s naming committee for endorsement before going to city council. The naming committee is currently working on updating the city’s policy to include options for renaming that is expected to go to council in August.

Wednesday’s announcement comes just days after city council unanimously voted to remove the Grandin name from an LRT station and cover up a mural depicting Bishop Vital-Justin Grandin due to his support of the Indigenous residential school system.

A park and pool operated by the city are also named after Oliver and there hasn’t been any decision on those being renamed. Last summer, Edmonton Public Schools voted to rename Oliver School but a new name hasn’t been determined.

The request for proposals can be found on the Uncover Oliver website.

Previous articleManitoba launches up to $2M lottery to encourage COVID-19 vaccinations
Next articleCanada to get 7M Moderna COVID-19 vaccine doses in June, some coming from U.S.