‘One of our finer moments:’ How COVID-19 caused a huge scramble to repatriate Canadians

The fever struck Gary Lyon days after he and his wife, Sue, reached their Toronto home early last April, ending what was to have been their 40th wedding anniversary dream vacation.

They were passengers on Coral Princess, one of dozens of cruise ships cast adrift as the COVID-19 pandemic caught fire one year ago. After being rejected at several ports across South America, their ship found its final refuge in Miami, setting off a frenzied set of flights home — through Columbus, Ohio and Newark, N.J.

Read more: One year into COVID-19, a look at when and where the next pandemic could emerge

The Lyons witnessed a chaotic “gong show” of departures in the U.S., especially in Columbus where masked passengers mixed with unmasked drivers waiting on the tarmac at the bottom of the plane’s staircase.

When they arrived in Toronto, the Lyons were impressed by the steps taken to guard against the virus. The plane landed in a remote terminal and its passengers met masked border officials who were efficient.

But they wonder to this day about their taxi driver who declined their offer of a mask.

“We took all the precautions that people had asked us to do, like masks and gloves and luggage that was sprayed and all that stuff. But when I got home — when we got home — what kicked in was fever, body ache, loss of taste and smell,” Gary recalled. 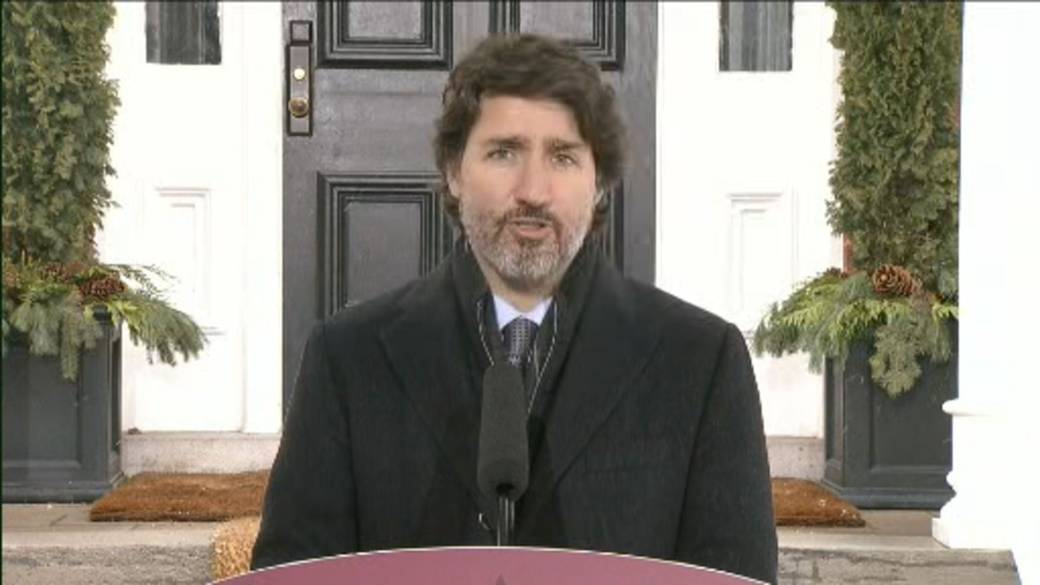 So began a new, challenging health journey for the Lyons, two of the 62,580 Canadian travellers who were brought home from 109 countries as the federal government staged the largest, most elaborate repatriation of stranded Canadians outside of a full-scale war.

They came home on 692 flights and from 36 cruise ships, in an effort that continued until early July last year, Global Affairs Canada said.

Global Affairs headquarters transformed into a travel agency. The department’s emergency response centre, normally staffed by two dozen people, swelled to 600, swallowing up offices, the library and entire floors of the Lester B. Pearson Building in Ottawa.

When countries began locking down, imposing road closures and checkpoints, there were calls to foreign governments to negotiate landing rights and safe ground passage for desperate passengers.

“Everyone became a consular official, everyone became a travel agent,” recalled then-foreign affairs minister Francois-Philippe Champagne. “I remember texting my counterpart in Peru to open the airspace.”

After doing that, Champagne got another call. Peru had declared martial law just as an Air Canada flight had been booked to head there. So, Champagne and his officials scrambled again, and the jet was granted permission to land at a military base just outside Lima.

“We worked with them as a government to organize a lot of these flights, which they did at cost. And so, I have nothing but admiration for how they did that.”

For some travellers, the trip home was quick and uneventful. But for many, the exercise was fraught with delays, costs, and concern they would get sick from COVID-19. A year later, there is anger when they see Canadians still travelling to sun destinations. 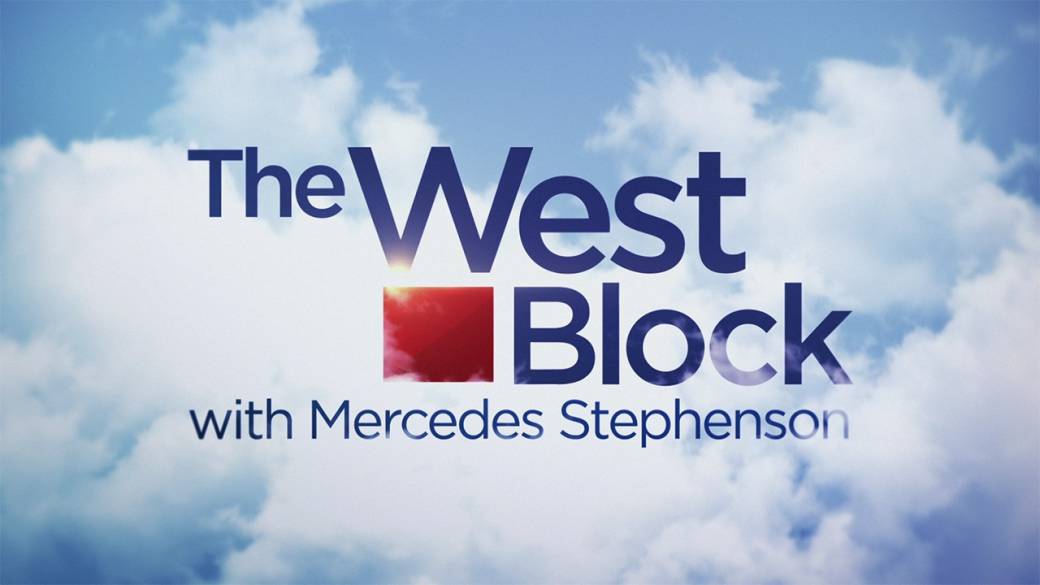 23:24The West Block: Foreign affairs minister opens up about international diplomacy during a global pandemic

The West Block: Foreign affairs minister opens up about international diplomacy during a global pandemic – Dec 20, 2020

Spencer Mason made it home from London last March, but it was a tough decision to leave behind a good IT job in a vibrant world capital. When he heard Prime Minister Justin Trudeau’s televised call for Canadians to come home as the pandemic was declared, Mason bought a plane ticket before the big rush hit.

“I wasn’t just temporarily visiting the U.K., but rather a full-time employee, which made the decision a bit harder,” said Mason, 23, who is now attending the London School of Economics and Political Science remotely from St. Catharines, Ont.

For other travellers, not everything went as smoothly. Some think the government could have done better, especially on the communications front.

Sanford Osler was among the final 94 to disembark the Coral Princess cruise ship in Miami after its South American voyage was disrupted by the pandemic.

The Canadians on board had formed close friendships, creating a Facebook page and an email list. They began sharing information because Osler said the official line coming out of Global Affairs just didn’t add up.

“That was my biggest concern about the Canadian government. They were following it, they had plans, but they weren’t communicating it generally through their normal channels to us.”

Passengers contacted their members of Parliament. Osler credits his Liberal MP, Terry Beech, with being “very useful because he got in touch with Global Affairs and sent me specific information that we weren’t getting.”

Catherine McLeod, a retired high school teacher from Ottawa who made a harrowing trip home last April from a stranded cruise ship, said the government should have done more, sooner, to slam Canada’s border shut to foreign travellers.

“And here we are with the variants now. Doesn’t make much sense to me. I think it’s ridiculous that they kept allowing people to fly in and fly out.”

But McLeod gives the government high marks for negotiating the passage of the cruise ship she and her husband, Paul, were on — the Zaandam — through the Panama Canal in late March. 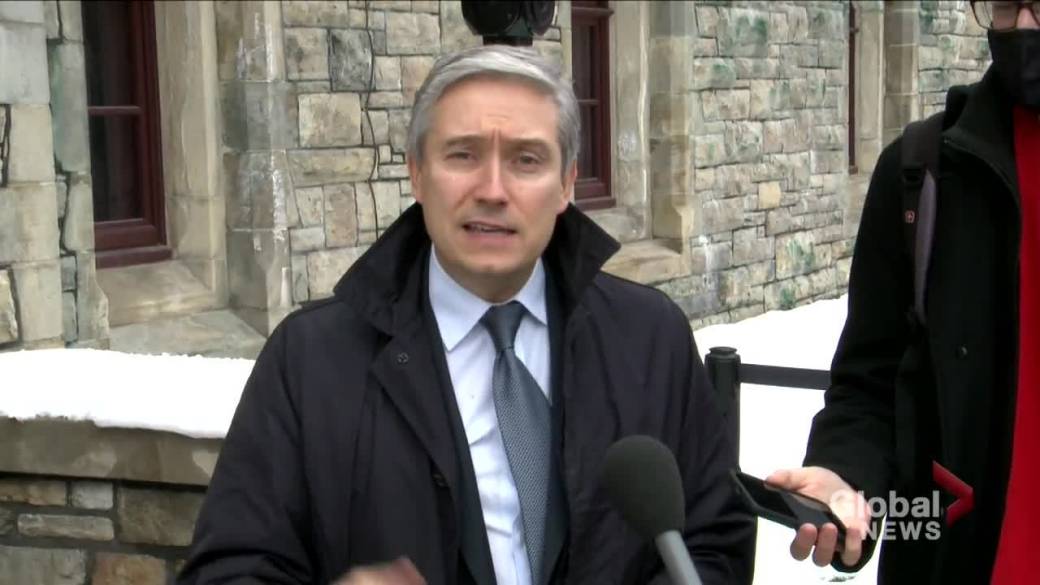 Dozens of passengers had developed flu-like symptoms and the ship had been essentially stranded at sea after setting off from Chile in mid-March. It was granted passage through the channel on condition that all passengers stay on board.

“That was the government that pushed that. We snuck through in the dead of night with no lights on or anything,” said McLeod. The ship made port in Florida by the end of March, enabling McLeod and others to fly home.

McLeod and her husband are staying put these days. They managed to stay healthy, but others they knew from the ship got sick.

The experience has marked her forever, she said. She has no patience for people who chose to travel now.

“I think you’d have to be out of your mind,” said McLeod.

Gary Lyon agrees. He’s since beat COVID-19. His wife, Sue, was never tested but had all the symptoms and likely had it too. Today, they both feel a little more sluggish, less vibrant, and they have a hard time wondering whether it’s just a bad day, or something else. They’re reading a lot about so-called “long-haulers” in search of clues. 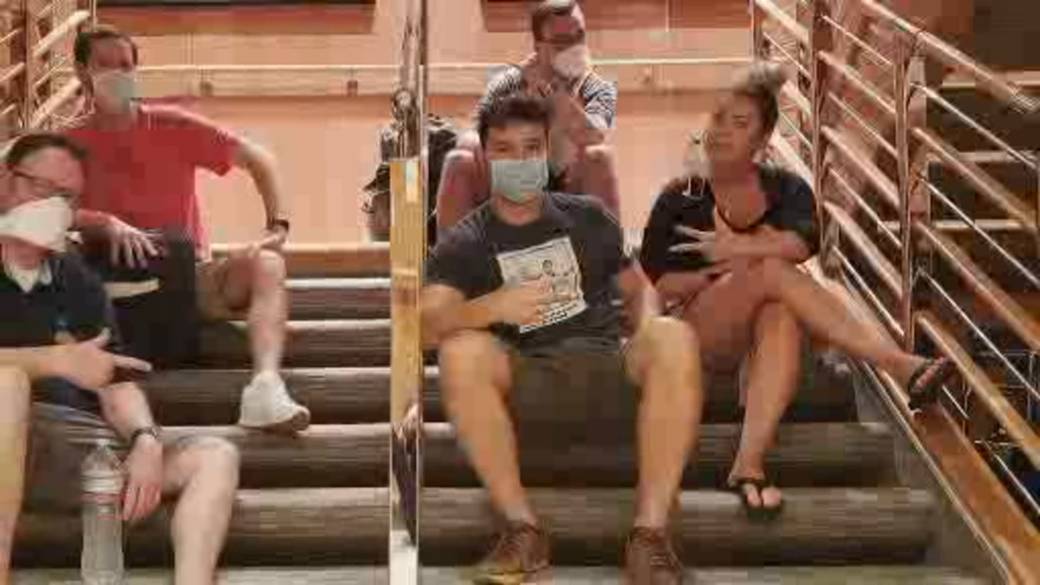 “You might dodge the bullet, but then you might not. I don’t know how people would justify most leisure travel in that scenario,” he said.

During the height of the airlift last spring, Champagne said he wondered whether “there’ll be light at the end of the tunnel” as hundreds of pleas for help piled up on his phone.

The government has now cracked down on travellers, imposing steep fees for quarantine hotels, and Canadian airlines suspending flights to some spots. Champagne wonders why anyone would want to travel for leisure.

“Why would anyone want to take the risk?” he said.

Read more: Canada will not be doing another repatriation amid coronavirus pandemic: Champagne

Global Affairs said the financial cost of the effort to get Canadians home is still being calculated.

Garneau said the great repatriation of 2020 was a remarkable achievement that fulfilled a duty to help Canadians who needed rescuing in extreme circumstances.

“I think that it was one of one of our finer moments.”