One year into the COVID-19 pandemic, what have we learned?

On March 11, the world marked a grim milestone: the anniversary of the World Health Organization declaring COVID-19 a pandemic.

To date, more than 2.5 million people — including 22,276 Canadians — have died from the virus, but its exact origin is still unknown.

Read more: One year since Canada’s 1st COVID-19 case. Here’s how daily life has changed for some

A year into the pandemic, what has Canada learned, and how can these lessons be applied to the next health crisis?

For the most part, some experts agree Canada did a fairly good job at keeping the health-care system from becoming overwhelmed as COVID-19 rampaged through the country — but the federal government’s pandemic response was far from perfect.

“We did a very good job of preventing a Bergamo (Italy) or New York City kind of disaster… We didn’t have people without ventilators, we didn’t have people dying in the hallways and stuff like that. So I think we did well from that perspective,” Andrew Morris, an infectious diseases specialist at Mount Sinai Hospital in Toronto, told Global News.

However, if the ultimate goal is to avoid any disruption to the country’s health-care system, he said the pandemic has been a “massive stress” that has “consumed everyone” involved almost “24/7.”

“We need to count ourselves lucky that it didn’t get that much worse or the government knew when to pull off the side of the road when playing chicken,” said Morris. 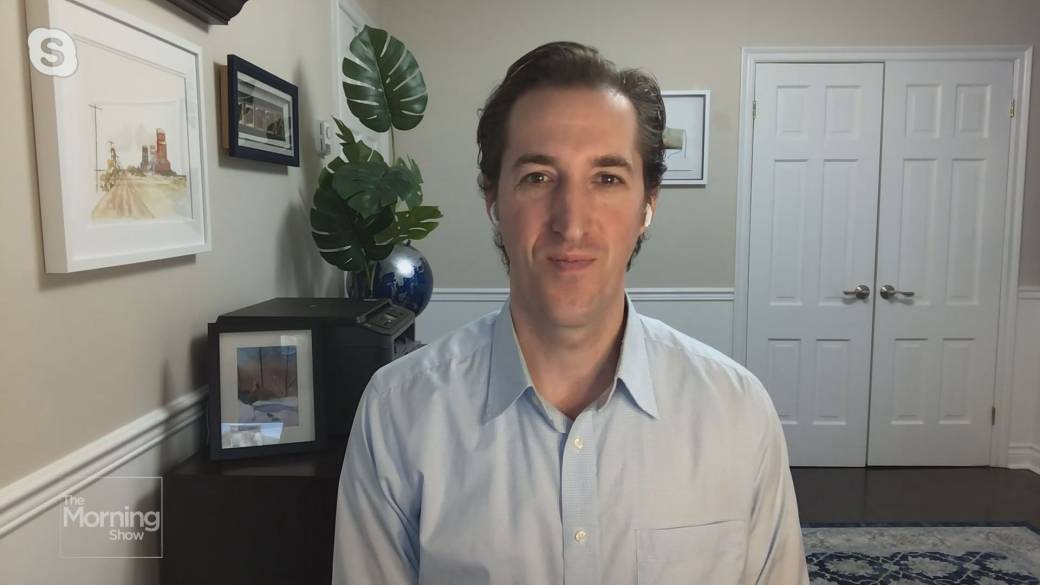 As Prime Minister Justin Trudeau has said, there is still much more to be done before the next public health crisis hits and “we aren’t out of the woods just yet.”

After the pandemic was first declared, many were shocked to learn how underfunding of Canada’s health-care system had left emergency stockpiles of personal protective equipment such as masks and medical gowns depleted and health-care facilities understaffed and underprepared.

According to the most recent data from the Canadian Institute for Health Information (CIHI), the federal government spent $265.5 billion, or $7,064 per person in 2018 — representing 11.5 per cent of Canada’s gross domestic product.

That number may seem astronomical, but is reflective of years of cuts that have placed Canada among the lowest in hospital spending when compared with 37 Organisation for Economic Co-operation and Development (OECD) countries, including the U.S., France, the Netherlands, the U.K. and Germany.

In January, the federal government projected it would take $593.5 billion to effectively manage the pandemic.

Dr. Eric Arts, chair of microbiology and immunology at Western University, said even re-investing a few billion into public health is just a “drop in the bucket,” and could be immeasurably helpful as Canada works to stave off a third wave and the emergence of aggressive COVID-19 variants.

This could go towards a variety of things, like keeping PPE in stock, hiring more frontline workers, giving Canadians better access to health resources and enhancing equipment, he said.

Arts also offered the possibility of a “seed vaccine bank.”

“Although it sounds like science fiction, it’s very feasible for us to generate vaccines against pretty well any coronavirus or flu virus or viruses that commonly jump into the human population just by simply sampling different wildlife that exist out there that are the potential reservoirs for that virus to jump, we can pre-prepare vaccines and then just keep them in a bank,” he said.

“Then we can just pour that vaccine out of our freezer bank and start getting it ready for distribution.”

A nurse notes the medical data of a COVID-19 patient at the Pasteur hospital resuscitation unit in Colmar, eastern France, on Jan. 22, 2021. Sebastien Bozon / AFP via Getty Images

“It doesn’t matter how many frontline people you have, they can’t do their job properly because their job takes eight times as long as it would if there was a system they were working in and that was more efficient and resourced,” he said.

Pakes noted these data systems used to help hospitals and different levels of government track vaccines, COVID-19 cases and contact management are separate and independent of one another, meaning it can take longer to retrieve information. These systems were all created during the pandemic and have been subject to several changes over the course of the last year, he added, leading to confusion among health workers.

“Yes, those are the things you interact with. But without that thing in the background that actually allows the monitor, the computer and the keyboard to function, you just have nothing.” 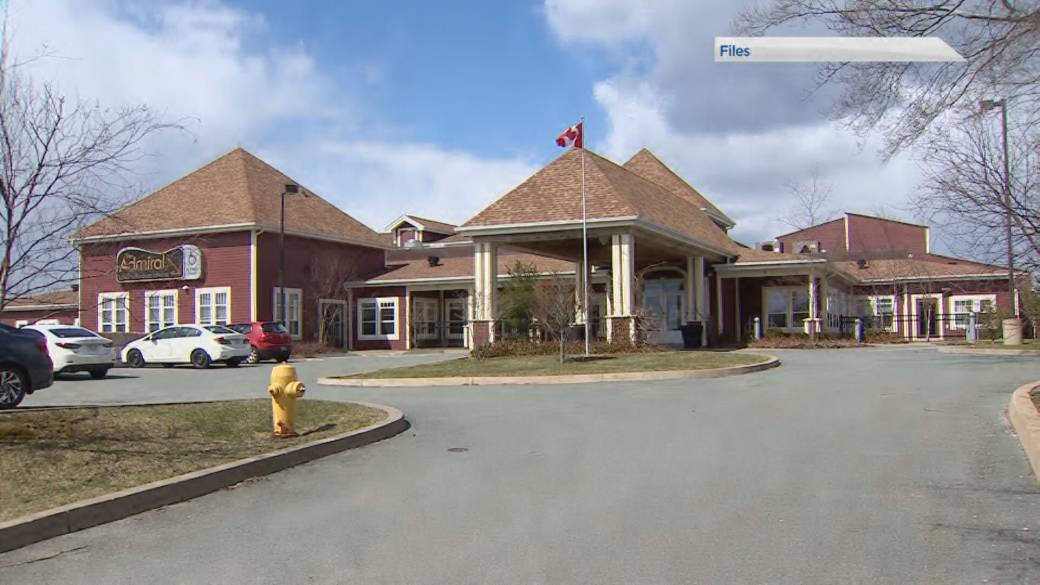 Damning reports of neglect, disregard for infection prevention methods and overwhelmed workers surfaced detailing harrowing accounts from the country’s worst-hit long-term care homes. A military report on five long-term care homes in Ontario released in May of last year described the level of care as “horrible.”

In order for long-term care facilities to operate smoothly, Morris says “you need a reasonably well-rested, financially secure workforce that doesn’t have to work more than one job and feels comfortable being able to take days off sick and are supported in doing so.”

“Any other congregate setting — retirement homes, (homeless shelters), group homes, they’re all the same. All these settings, the things that they have in common is that they’re indoors, they’re congregated and the people who work there are underpaid. And they’re not only underpaid, but they don’t have significant job security,” he said.

Read more: COVID-19 cases are down across Canada, but hospitals aren’t celebrating yet. Here’s why

Since last year, many changes have been made to the way long-term care is managed in Canada. Updated infection prevention and control guidance from the Public Health Agency of Canada includes mandated medical masks for all staff and visitors at all times, face shields and testing.

One way to circumvent the issue is to continually hire more staff and expand long-term care capacity, Morris said. But another would be to reduce the number of people who have to be in long-term care.

Morris, who works inside a hospital regularly, said many patients who arrived at the hospital “didn’t necessarily need to come in,” and could have probably stayed home if long-term care was improved, or if more Canadians could receive care for their loved ones at home.

“If we reduce the number of people in long-term care by even 10 per cent in Ontario, that’s what, like 90,000 fewer people in long term care?” 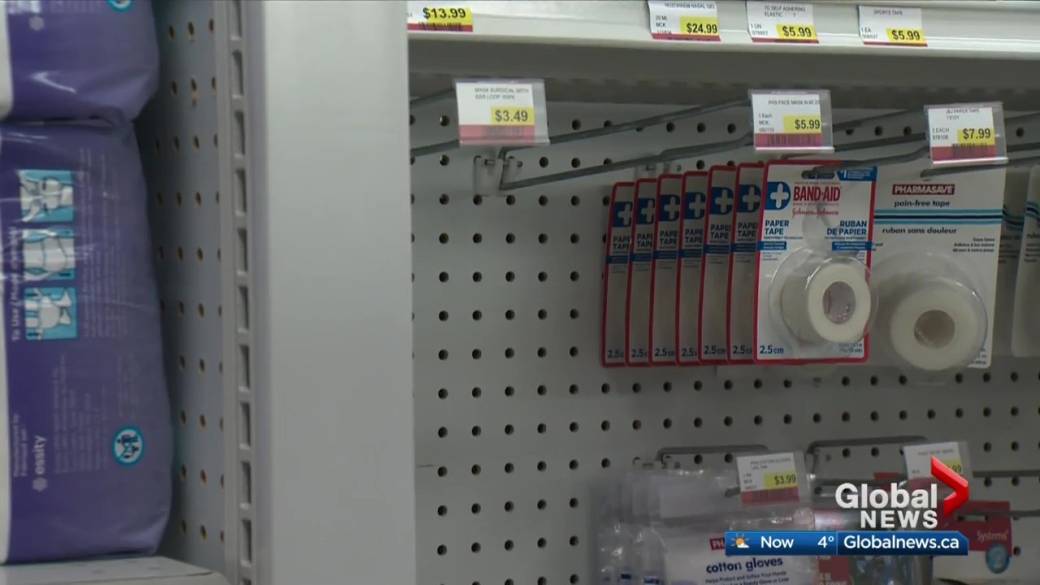 1:58Supply chain issues could extend to vaccines and pharmaceutical ingredients

In the global race to vaccinate each country against COVID-19, Canada quickly fell behind the United States, the U.K. and Israel. This was largely due to the country’s reliance on a global vaccine supply chain, which was briefly thrown into chaos when Pfizer and Moderna announced vaccine shipment delays.

On March 5, the federal government announced the accelerated delivery of Pfizer vaccine shipments to compensate for the delays that may speed up Canada’s goal of having everyone who wants a vaccine inoculated by the end of September.

Canada has also signed a deal with vaccine development company Novavax, to produce the vaccine in Montreal — the first of its kind.

Arts said Canada “obviously” needs to invest more in vaccine production and upscaling its capacity to manufacture vaccines, but he noted equipping Canada with vaccines won’t solve a global pandemic.

“If we do it only for ourselves, we’re not solving the problem,” he said.

“That’s something that the public doesn’t quite understand because we only really think about right now how Canada is suffering from the lack of vaccine production in this country or lack of ability to procure vaccines.”

To combat this, the World Health Organization and Gavi, the Vaccine Alliance have created the COVAX Facility, a global vaccine sharing initiative aimed at ensuring vaccines remain available for poorer countries. As of Feb. 19, G7 countries had contributed more than US$7.5 billion, the group said in a joint statement.

Representatives of the initiative told the federal government last month that Canada was set to receive between 1.9 million and 3.2 million doses by the end of June.

As the Earth’s climate warms, Arts said human beings are venturing further into new areas for agriculture and food, disrupting the wildlife. According to Arts, a majority of new viruses emerging across the world have come from wildlife such as bats or mosquitos, which can pass on infections that can be deadly to human beings.

“People are encroaching on wildlife habitats more and more all the time and the more we encroach on those habitats, the more diseases will appear in our population. That’s clear fact now.”

The United Nations Environment Programme (UNEP) and International Livestock Research Institute (ILRI) released a joint report in July of last year identifying climate change as one of six driving factors in the emergence of diseases that jump from animals or insects to human beings — like COVID-19.

“The science is clear that if we keep exploiting wildlife and destroying our ecosystems, then we can expect to see a steady stream of these diseases jumping from animals to humans in the years ahead,” UNEP executive director Inger Andersen said in a statement.

Arts echoed Andersen’s statements, saying that in order to prevent future diseases, “we need to reduce the contact we have with wildlife.”

“I remain fearful that we’ve become complacent. I hope that this has taught us a very painful lesson,” Arts said.

Previous articleCanada surpasses 900K cases of COVID-19 as variant spread raise concern over 3rd wave
Next articleCOVID-19: Those with weakened immune systems may reveal the secrets to the variant mystery