Lee Larabie and her wife Rebecca had been dreaming of escaping Toronto for years, rattling off reasons for ditching the hustle and bustle of big-city life whenever the conversation came up.

There were the skyrocketing real estate prices, the lack of space in their small apartment, the general yearning for a more quiet lifestyle.

But the worsening COVID-19 pandemic helped cement their decision.

The Larabies started house hunting online at the beginning of the year, taking virtual tour after virtual tour before purchasing their first home last month in Springhill, N.S., a town of 2,700 that neither woman had ever visited.

Read more:
A look at why Atlantic Canada excels at slowing the spread of COVID-19

Lee Larabie sold the tattoo shop she owned in Toronto ahead of a move now planned for June. And as COVID-19 cases continue to surge across the province, she feels she and her wife — a warehouse worker with an autoimmune disease — couldn’t leave Ontario soon enough.

“Every time (Rebecca) goes to work it stresses me out — she’s literally putting her life at risk for just over minimum wage,” Lee Larabie said. “I only have one wife. She means everything to me.”

Rebecca Larabie was diagnosed in 2015 with transverse myelitis, a neurological disorder characterized by inflammation of the spinal cord. The disease, similar to multiple sclerosis, caused temporary paralysis and left her with lesions on her brain.

The diagnosis, coupled with the death of Lee’s mother to cancer shortly after, took the Larabies from daydreaming of a change of scenery to seriously considering it. Financial impacts of the pandemic — the tattoo studio had been closed since November — also fed into their decision to leave.

The Larabies are among many Ontarians making the move to the Atlantic provinces amid the third wave of the COVID-19 crisis.

Lee Larabie says she’s received only welcoming messages from Springhill residents on Facebook groups, with many offering to buy groceries while the couple isolates upon their eventual arrival, but she knows some may be wary of transplants coming into the Atlantic bubble.

The Larabies plan to put notes on their front door and car, letting neighbours know they want to be part of the community once their mandatory 14-day quarantine ends.

“We will be respectful, we will do everything that the government asks us to do,” Lee Larabie said.

Pike says roughly half her new clients who’ve requested virtual viewings lately are from Ontario, a percentage that’s much higher than in previous years.

Cost of living is the main reason clients give her for wanting out of Ontario, but the pandemic has factored into many peoples’ decisions, Pike says. She expects COVID-related anxiety has led many to yearn for a simpler lifestyle that didn’t seem achievable until now, as work-from-home policies offer more flexibility.

Steve Joordens, a New Brunswick native and psychology professor at the University of Toronto, says it makes sense to see more Ontarians escaping to greener pastures as the pandemic wreaks havoc on the province.

He described the phenomenon as the primitive fight or flight reaction on display.

That desire to break free from what’s causing stress and anxiety may also be influenced by what some perceive as unsafe living situations, Joordens says, adding that the pandemic has tainted the allure of the bright lights and big city for some.

Swapping densely populated city life for more space is one way to mitigate the perceived risk, he says.

While Ontario’s COVID cases had been rising sharply for months before starting to level off recently, the Atlantic provinces are now seeing spikes in viral activity. 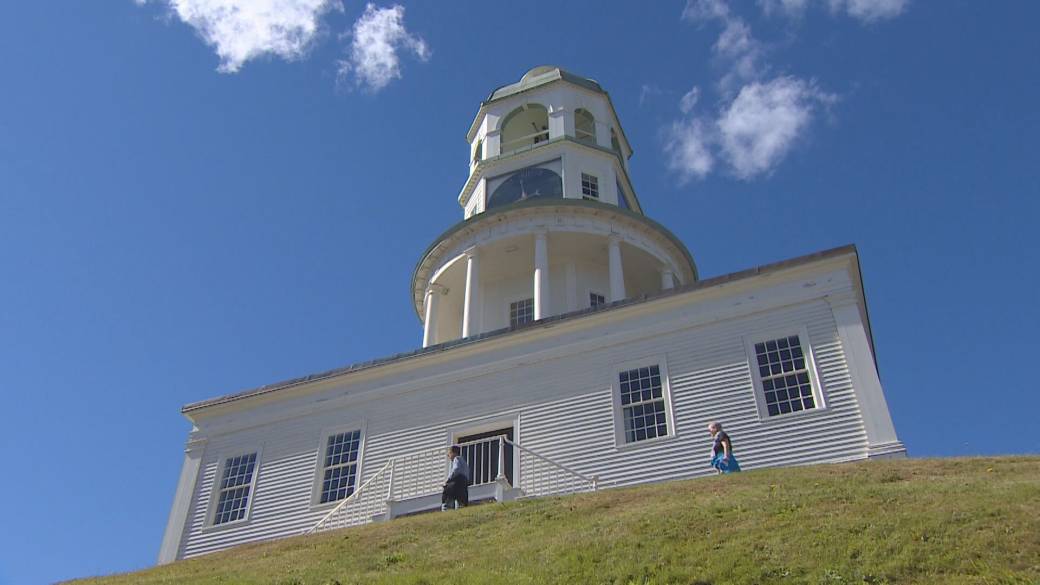 Nova Scotia recorded a daily-high 148 new cases on Saturday and 133 more on Sunday.

While that’s caused some concern for the Larabies, the case counts are still far less than the 1,198 reported in Toronto on Sunday.

Rebecca Larabie won’t be working when they arrive in Nova Scotia — Lee already secured a job as a tattoo artist in a neighbouring town _ minimizing her risk of contracting the virus.

“We want a different lifestyle in general but we want to be safe, especially for (Rebecca),” Lee Larabie said.

“We love Toronto. We have family and friends here … (But) we want to be somewhere we can grow old together and be near nature. That’s what brings us peace.”

Previous articleEdmontonians grieving, fearful for family in India amid COVID-19 surge
Next articleCanada set to receive 2M Pfizer doses this week as company ramps up delivery