Ontario pausing use of AstraZeneca COVID-19 vaccine due to safety, supply concerns

The Ontario government is pausing the use of the Oxford-AstraZeneca COVID-19 vaccine in the province due to safety- and supply-related issues.

Dr. David Williams, Ontario’s chief medical officer of health, said the decision has been made out of an abundance of caution because of increased instances of an extremely rare and potentially fatal blood clotting disorder, vaccine-induced immune thrombotic thrombocytopenia (VITT), linked to the shot.

In Canada, at least 12 VITT cases have been confirmed out of more than two million doses given and three women have died. In Ontario, there were eight VITT cases as of May 8.

Dr. Jessica Hopkins, the chief health protection and emergency preparedness officer for Public Health Ontario, said officials “picked up a safety signal” when it comes to a slight uptick in cases of VITT.

“The vaccine safety system is really working in Ontario and Canada,” she said, reiterating the side effects are rare.

“This is out of an abundance of precaution.”

Hopkins said with COVID-19 cases declining and a slight per capita increase in instances of VITT, she said the safety signal warrants a temporary pause. She said there is currently a one-in-60,000 chance of having some sort of side effect, down from a one-in-100,000 chance. 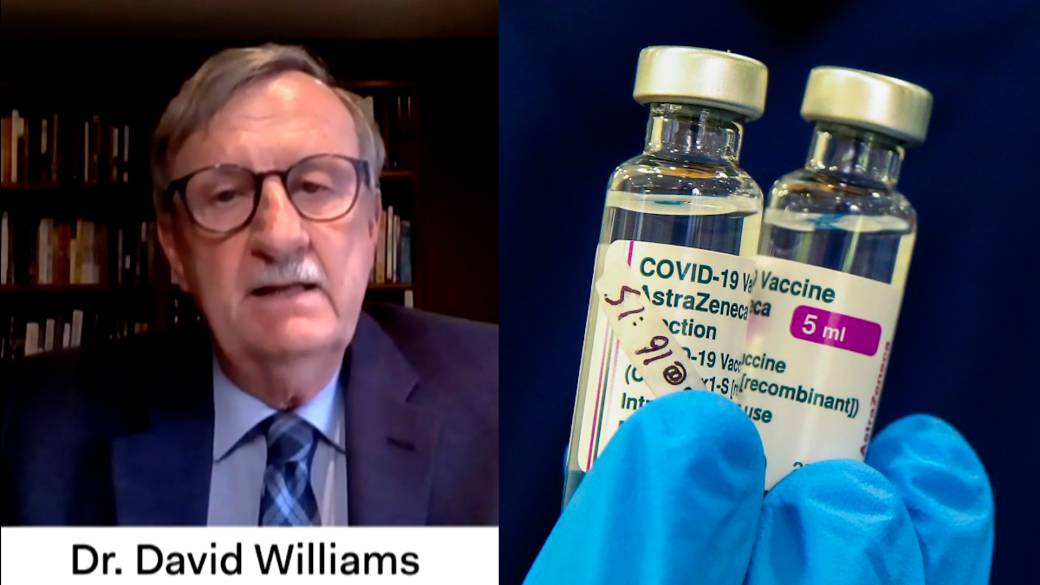 It’s not clear when the pause on vaccines could be lifted, but officials said there would be advice coming “in the very near future” for those who have already had a dose of the Oxford-AstraZeneca vaccine.

The Ontario government reported there are 49,280 doses of the shot remaining in the province out of over 707,000 received.

Dr. Dirk Huyer, the province’s coordinator of COVID-19 response, said it’s not clear when additional doses might be received from the federal government.

The development came on the same day the Alberta government announced it was going to stop providing first doses of the vaccine.

Alberta Health spokesperson Tom McMillan said since there are no known future shipments of AstraZeneca at this time, a determination was made to utilize the remaining supply as second doses.

This is a developing story that will be updated throughout the afternoon.

— With files from The Canadian Press and Melissa Gilligan