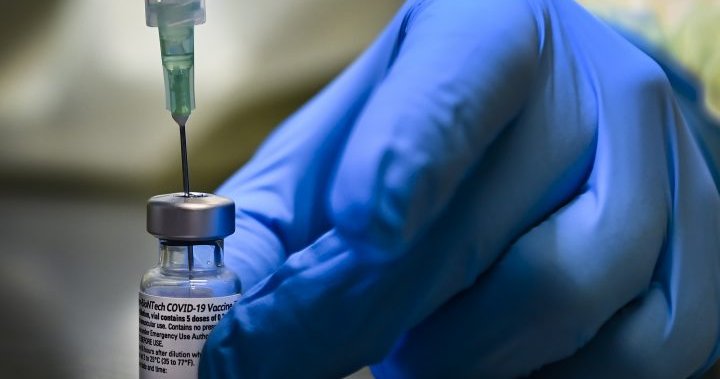 Ontario is reporting 1,092 new coronavirus cases on Thursday, bringing the provincial total to 313,520.

Thursday’s case count is lower than Wednesday’s which saw 1,316 new infections. On Tuesday, 1,185 new cases were recorded and 1,631 on Monday (a portion of those cases were older ones recently inputted into the provincial data system).

According to Thursday’s provincial report, 293 cases were recorded in Toronto, 199 in Peel Region, 79 in York Region and 64 in Ottawa.

All other local public health units reported fewer than 50 new cases in the provincial report.

The death toll in the province has risen to 7,109 as 10 more deaths were recorded.

Meanwhile, 295,128 Ontarians were reported to have recovered from COVID-19, which is 94 per cent of known cases. Resolved cases increased by 1,110 from the previous day.

The government said 60,619 tests were processed in the last 24 hours. There is currently a backlog of 42,033 tests awaiting results. A total of 11,584,449 tests have been completed since the start of the pandemic.

Test positivity — the percentage of tests that come back positive — for Thursday was 2.4 per cent, down from Wednesday when it was 2.5 per cent, but up from a week ago when it was at 2.1 per cent.

Ontario reported 680 people hospitalized with COVID-19 (up by two from the previous day) with 277 patients in intensive care units (down by four) and 184 patients in ICUs on a ventilator (up by six).

Ontario Health Minister Christine Elliott said the province has administered more than a million COVID-19 vaccine doses so far, having now given 1,019,407 shots.

“This achievement is a true Team Ontario effort. Thank you to our public health units, vaccination sites and other health care partners for your incredible efforts to help us reach this milestone,” Elliott said in a tweet on Thursday morning.

Ontario is preparing to move into Phase Two of our #COVID19 vaccination distribution plan in April. Phase Two will focus on vaccinating populations based on age and risk, where we will vaccinate as many as 9 million Ontarians between April and July. https://t.co/sW75W9BADC