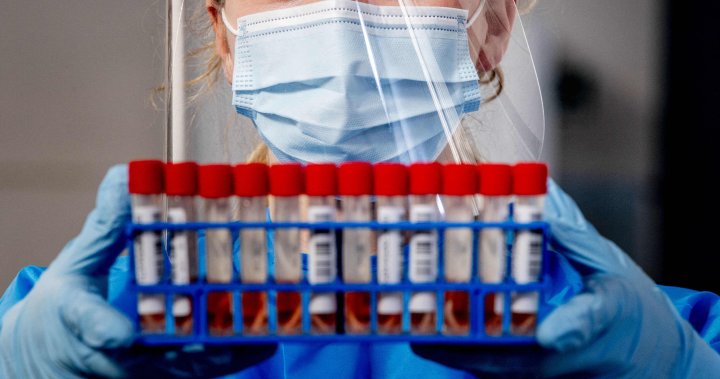 Monday’s case count is the second highest single-day increase to date, only slightly lower than Sunday’s which saw a record breaking 4,456 new cases.

All other local public health units reported fewer than 175 new cases in the provincial report.

The death toll in the province has risen to 7,567 as 15 more deaths were recorded.

Meanwhile, 348,684 Ontario residents were reported to have recovered from COVID-19, which is about 89 per cent of known cases. Resolved cases increased by 2,445 from the previous day.

The government said 47,929 tests were processed in the last 24 hours. There is currently a backlog of 24,796 tests awaiting results. A total of 13,196,288 tests have been completed since the start of the pandemic.

Test positivity for Monday was 9.5 per cent, the highest rate since the second wave in January. That figure is up from Sunday’s at 7.7 per cent, and is up from last week when it was 7.8 per cent.

As of 8 p.m. on Sunday, the provincial government reported administering 3,214,465 total COVID-19 vaccine doses. That marks an increase of 74,722 vaccines in the last day. There are 333,419 people fully vaccinated with two doses.

Pfizer-BioNTech, Moderna, Oxford-AstraZeneca and Johnson and Johnson are the vaccines currently approved in Canada. The first three require two shots administered several weeks apart while the fourth requires only one. J & J vaccines have not yet arrived in Canada.

Variants of concern in Ontario

Here is a breakdown of the total cases in Ontario by gender and age:

Here is a breakdown of the total deaths related to COVID-19 by age: