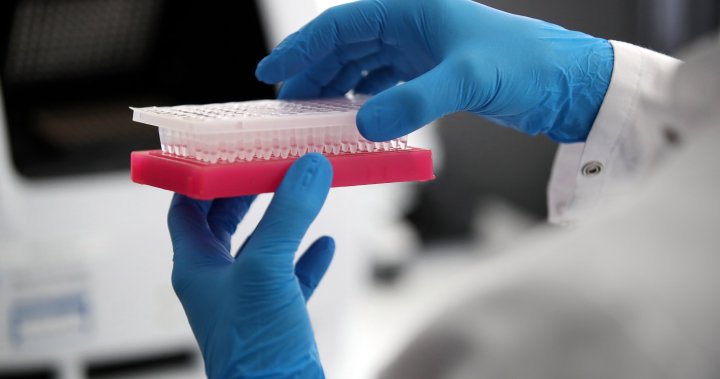 However, Thursday’s case count is an overestimation by about 280 cases due to data catch-up related to the provincial system, the Ontario government said.

Despite the inclusion of older cases, Ontario still recorded more than 2,000 new infections. The province hasn’t seen a figure that high since the tail-end of the surge at the end of January.

All other local public health units reported fewer than 70 new cases in the provincial report.

The death toll in the province has risen to 7,280 as 17 more deaths were recorded.

Meanwhile, 311,380 Ontario residents were reported to have recovered from COVID-19, which is about 93 per cent of known cases. Resolved cases increased by 1,531 from the previous day.

The government said 60,077 tests were processed in the last 24 hours. There is currently a backlog of 36,916 tests awaiting results. A total of 12,258,432 tests have been completed since the start of the pandemic.

Test positivity — the percentage of tests that come back positive — for Thursday was 3.8 per cent. That figure is the same as Wednesday’s, and is up from last week when it was 3.1 per cent.

Ontario reported 894 people are hospitalized with COVID-19 (up by one from the previous day) with 332 patients in intensive care units (down by one) and 212 patients in ICUs on a ventilator (up by two).

As of 8 p.m. on Wednesday, the provincial government reported administering 1,755,596 COVID-19 vaccine doses, representing an increase of 79,446 in the last day. There are 304,386 people fully vaccinated with two doses.

Previous articleEdmonton weather: “Oh, the weather outside is weather.”
Next articleEye on Edmonton: Imagine Van Gogh exhibition, by Greg Southam