Paid sick days vs. federal benefit: Why advocates say both are needed to fight COVID-19

Experts and advocates alike are calling on the provinces to implement a paid sick day program, as essential workers spend their days surrounded by potential exposures to COVID-19.

And with new variants on the rise, there’s a new urgency in their requests.

“We’ve heard experts across the country who work in ICUs tell very compelling, sad stories about people in their 30s, in their 40s, who are very well people, very active people generally, who are now being admitted to ICUs and also who are dying as a result of these variants,” said Dr. Ann Collins, head of the Canadian Medical Association.

“We don’t want people not seeking out testing, not physically separating … it’s not a trickle-down effect now. It’s more like a flooding effect, with the increased transmissibility of these variants.”

However, when pressed to take action and forge ahead with a sick leave program, at least one province has pointed to the federal sick leave benefit – saying sick days already exist.

“To all the opposition and everyone who is preaching about the sick days and playing politics, rather than do that why don’t you try to help someone by telling them where they can go? That’s a disservice if you tell them anything but that,” Ontario Premier Doug Ford said on Thursday. 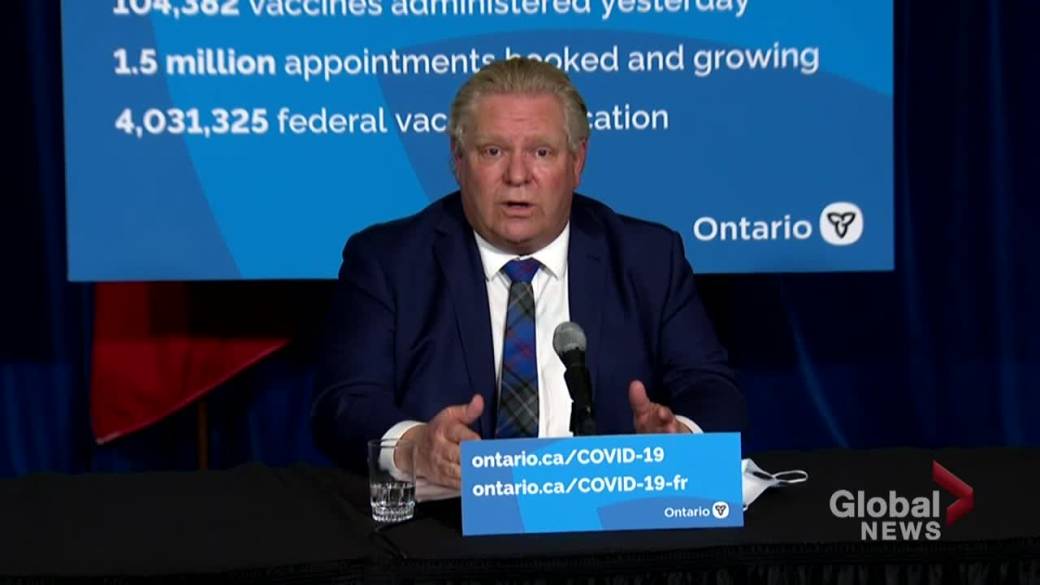 But there are cracks that can’t be filled by the federal program – and that’s why some experts, including the Canadian Medial Association, say it’s time for provinces to step up.

What do the feds offer?

The program Ford pointed to when pressed on paid sick leave is the new Canada Recovery Sickness Benefit, which the federal government crafted in a bid to encourage people to stay home if they or a family member may have been exposed to COVID-19.

However, the benefit doesn’t give workers carte blanche to collect funds after calling in sick. They have to meet certain requirements, including that they must have been unable to work at least half of their work week because they were isolating for COVID-related reasons.

The benefit can be claimed a total of four times – so four weeks of paid sick leave – and the weeks don’t have to be taken consecutively. Recipients get $450 after tax, paid to them after they take the time off.

While it’s possible to receive the funds via direct deposit as soon as three days after applying, the payments can take much, much longer.

“If your application requires further validation, processing may take up to four weeks from the time we receive your documentation,” the federal government’s website explains. 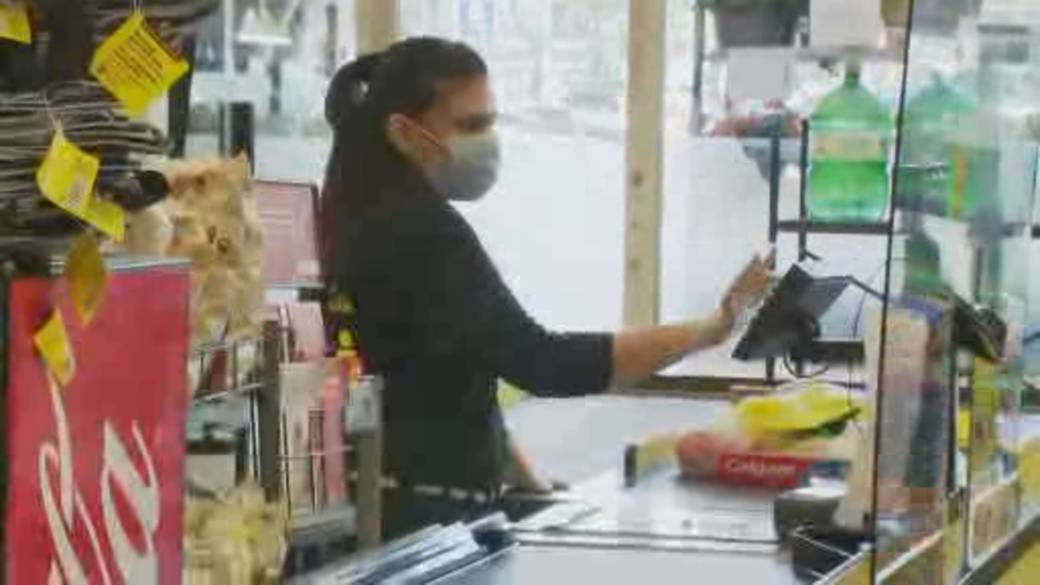 This delay is a key hurdle that hurts workers, experts have said.

“These people need immediate support. They need to know that they will be paid in their next pay cycle or very soon after that. Not many weeks down the road,” said Collins.

“They are supporting their families, and sometimes they’re supporting multiple family members, living in in the same home. So they need a more immediate type of response.”

That delay in receiving the funds makes it difficult for workers to pay their bills – which puts them in the impossible position of choosing between staying home sick and going to work to continue feeding their families, Dias said.

“It takes too long to receive it. So it’s just not a viable alternative,” Dias said.

As a result, both Collins and Dias both say it’s up to the provinces to step up and fill in the gaps.

Canada’s labour code does provide some sick leave – though most of it is unpaid. The law dictates that workers can take five unpaid sick days per year, and that federally-controlled employers must offer at least three days of paid sick leave a year.

As for the provinces and territories, only two offer paid sick days: P.E.I. and Quebec. P.E.I. provides its residents with one paid sick day per year, while Quebec offers two paid sick days per year after a worker has been employed for three months.

Ontario used to be the third province with paid sick days. However, in 2018, the Ford government rolled back the sweeping labour reform laws that the preceding government had instituted. That included scrapping two paid personal leave days for workers. 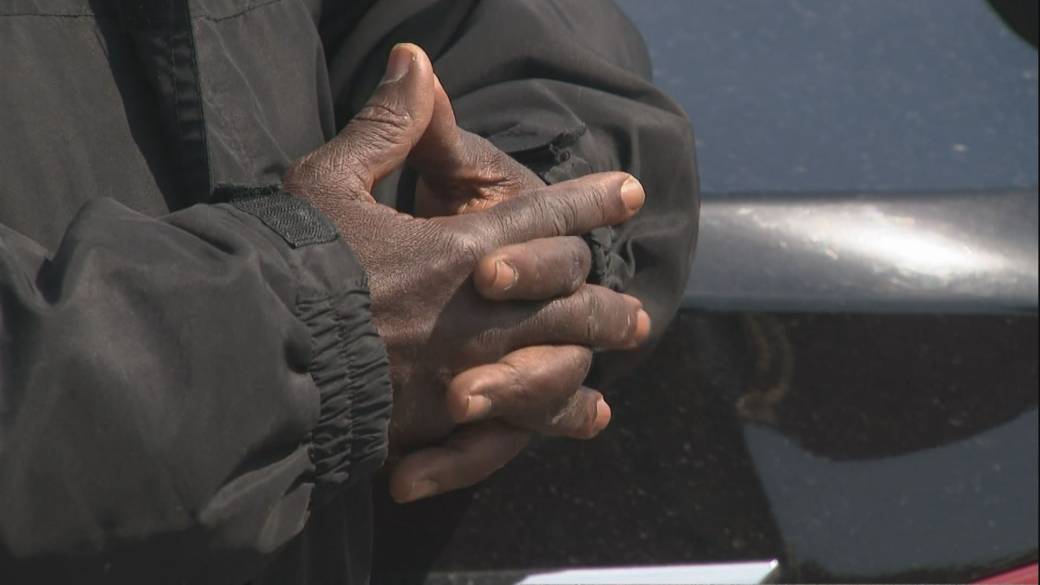 COVID-19: Paid sick leave top of mind for many during 3rd wave

And while Ford told reporters that the push for paid sick day programs were just people “playing politics,” Dias said Ford was playing some politics of his own.

“It’s almost as if — if he was to implement paid sick days — that he would be acknowledging that he was wrong in the first place. So if you want to talk about politics, let’s see who’s playing politics here,” Dias said, referring to Ford’s scrapping of the province’s two paid sick days.

Dias has been outspoken in the past about his opposition to Conservative politicians, labelling himself their “worst nightmare.”

However, the provincial resistance to paid sick days has made unlikely ideological allies of premiers across the provincial political spectrum, Dias said. 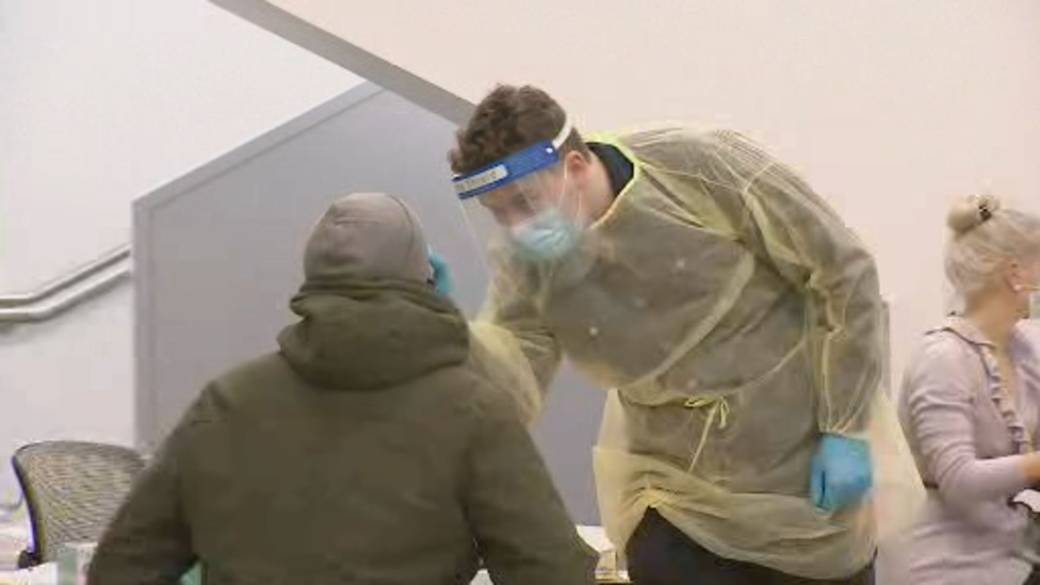 Should premiers take up the charge and start drafting sick day programs, the key to making sure workers actually use the program lies in tacking the pay onto their existing checks, Dias said.

“You can’t have an interruption of the paycheck,” he said.

“Your bottom line is, it has to go right onto the paycheck or else workers are going to continue to come to work sick. It’s not very complicated.”

Why do paid sick days matter?

As the variants spread, doctors and families are witnessing the real impact COVID-19 has had on people who can’t work from home.

A worker learned the factory where he works had experienced a COVID-19 outbreak. Because it didn’t happen on his shift, he was forced to go to work. His employer provided paid sick leave only if the worker in question tests positive for COVID-19 – but it doesn’t provide any paid time off to actually go get that test.

Everyone in that worker’s family fell ill with a variant of COVID-19, including the man’s wife. She later died.

This is the story (shared with permission) of a patient in her 40s with #COVID we just intubated.

If @ongov provided essential workers with better protection, she would be at home with her family. pic.twitter.com/KfjFJPZYeu

That’s just one story shared by Warner, who regularly shares similiar stories on Twitter. Dias said it’s indicative of a pattern that needs to be broken.

“These are choices that people are making, and people are going to continue to make the choice. You can’t have governments that are preoccupied with finding solutions during the pandemic, yet aren’t dealing with the most basic cause of the transmission, and that’s workplace … transmissions,” Dias said.

“If we know what the problem is, you’ve got to fix it.”

Collins said the new variants are making the need for paid sick days all the more pressing.

“This is a life-and-death situation for many people. What we’ve seen over the last few weeks with these variants of concern has changed the ballgame entirely,” she said.

She said that the new variants are spreading faster, and hitting younger people harder.

“You only need shorter periods of contact with someone in order to pick up that virus. And also what we’re seeing is that its effect on younger people is much more serious than the original strain of COVID,” Collins said. 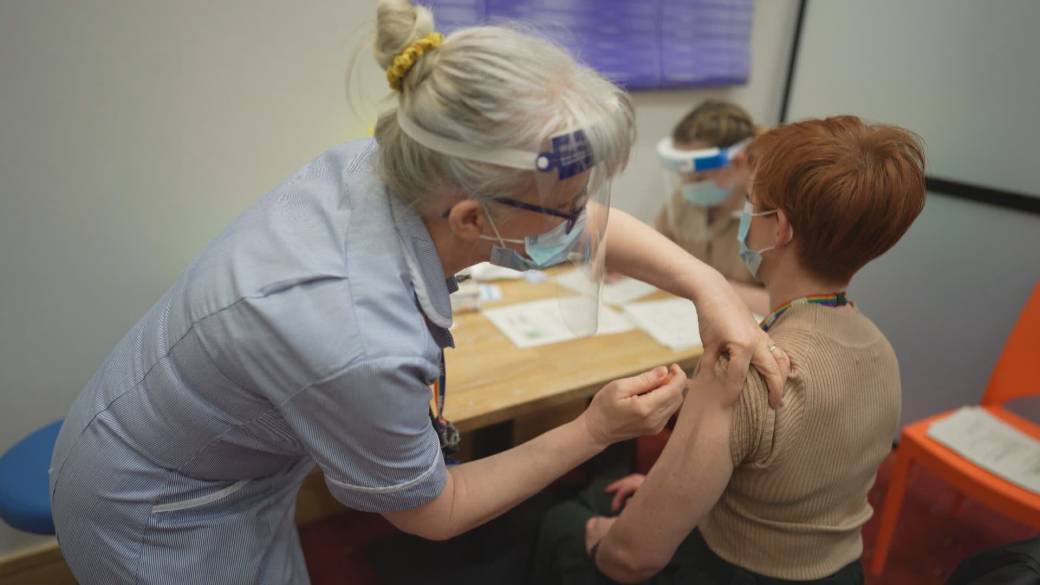 4:38
Curbing the spread of COVID-19 variant before it becomes dominant strain

Collins said paid sick days are important for ensuring that people can access testing or stay home without making impossible decisions about paying bills or putting food on the table – bills that, in many cases, can’t wait weeks for the federal benefit to land in a worker’s bank accounts.

It’s important to remember, she added, that “we’re talking about people’s lives.”

“We often can sit in our own homes at a distance and just look at the numbers and so on, but … each case, each death is a person. It’s a family member. It’s an income provider in a lot of cases,” Collins said.

“And that’s a tremendous loss.”