Percentage of Canadians who have 1st COVID-19 vaccine surpasses U.S.

The percentage of Canadians who have received their first COVID-19 vaccine has, for the first time, surpassed the United States.

As of the morning of May 21, Canada has vaccinated 48.573 per cent of the population with one dose and 1,574,677 Canadians have received two, according to COVID Tracker Canada.

By comparison, 48.2 per cent of the American population has received at least one dose of the vaccine, while 38.1 per cent are fully vaccinated, the U.S. Centers for Disease Control and Prevention (CDC) reported.

“We have got very well organized,” Kerry Bowman, a professor of bioethics and global health at the University of Toronto, said. “It may have taken us a while — and, yes, got off to a very difficult start — but there’s a level of organization and commitment that is really taking off all over the country.”

The vaccine gap between the countries has slowly narrowed as Canada starting ramping up its distribution over the past weeks. The demand for doses is also outstripping supply.

Meanwhile, the U.S. has an abundance of vaccines but has slowed down its vaccination rate, and experts believe it may be because vaccine hesitancy is higher south of the border than in Canada.

Canada has already surpassed the U.S. and administered more COVID-19 vaccine doses per capita, according to Our World in Data. On May 5, Canada reported a rate of 0.66 per 100 people, surpassing the U.S. — at 0.64 per 100 people — for the first time. And the gap has only continued to widen since then.

“There seems to be more vaccine hesitancy in the United States,” Colin Furness, an infection control epidemiologist and assistant professor at the University of Toronto, said. “But we’re both on a similar curve of administering vaccines, we’re just further behind.”

The U.S. has been vaccinating millions of more people over a longer period of time, which may explain why the country’s vaccination rate is stalling — a percentage of the population remains hesitant, he said.

“You vaccinate and vaccinate, and then you start to run out of people who are really into vaccinating,” Furness explained. “Then you start to get into the more hesitant crowds — and the U.S. has gotten there before us.” 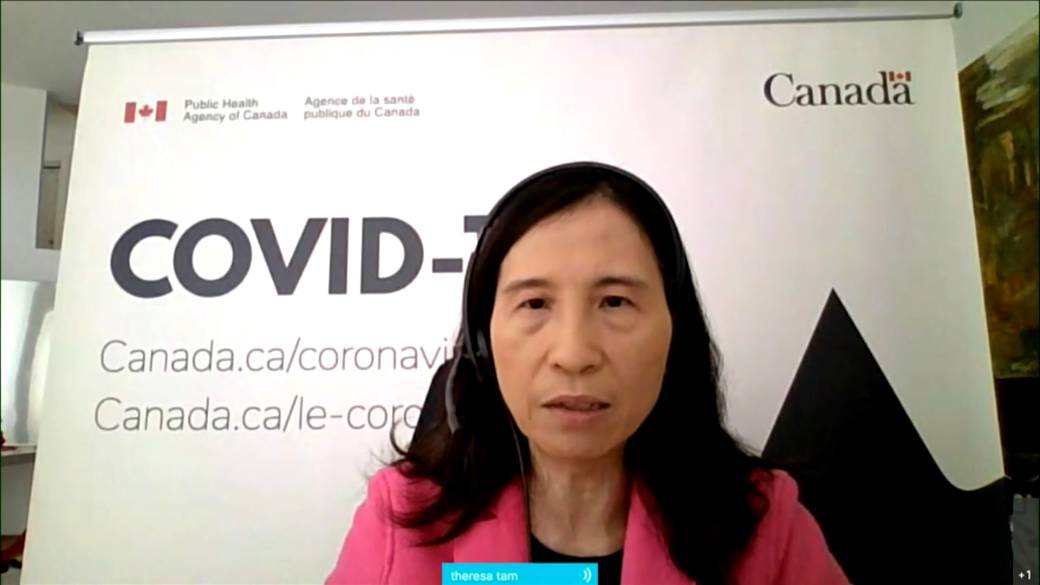 2:30
Canadian health officials say COVID-19 restrictions could be lifted when 75% are fully vaccinated

He said Canada will have to “wait and see” if we reach a similar timeline.

However, Bowman believes Canada may not plateau for a while as vaccine hesitancy in the U.S. is dependent on the region.

Like Furness, Bowman believes vaccine hesitancy is lower in Canada.

“My assumption is that trust in the system is more limited in some of the southern U.S. states,” he said. “But it seems to be higher here.”

Vaccine hesitancy down in Canada

In Canada, despite months of mixed messages with the AstraZeneca shot, vaccine hesitancy is trending down, according to recent polling by Angus Reid.

The survey, released on Monday, said the percentage of those unwilling to be vaccinated continues to hover at around 10 per cent of the population, although it is slowly decreasing.

But it depends on what part of the country.

For example, numbers from Alberta show a massive decline in vaccine hesitancy and unwillingness since the beginning of the year — from 45 per cent at the end of January, to 17 per cent this month.

Meanwhile, polling showed that Saskatchewan is the most vaccine-hesitant province, with 24 per cent of the population unwilling to get the shot.

“I was worried with vaccine hesitancy about AstraZeneca just dragging everything down. And I’m surprised it didn’t, but it didn’t,” Bowman said.

Over the past few weeks, many provinces announced they would no longer offer AstraZeneca for first doses, as the vaccine has been linked to rare complications due to blood clotting.

However, Bowman believes there has been a snowball effect of people seeing their loved ones get vaccinated, causing more people to trust inoculations.

The U.S. may have also helped out Canada, Furness noted.

The more people that see going back to “normal life” means vaccinations, the more likely they are to get a shot, he said.

“I think this is where the United States suffered a bit by being so early,” he said. “Is people are hanging back and waiting to see, ‘Are vaccinated people going to drop dead or sprout horns or turn into zombies?’”

But as time passes, people start to see the positive effects of the vaccination.

And Canadians were able to watch the U.S. vaccinate its population quickly, and realize inoculations lead to fewer restrictions and COVID-19 infections, he said.

“I think time has been helpful to Canada and I think that will continue to be.”

Despite the good news about Canada’s climbing vaccination rates, experts say citizens have to get their second dose in order to get back to normal. And the U.S. is much further ahead than Canada in this regard.

“We have to be careful not to be too smug because we’re really on a one-dose kind of story for now,” Bowman said. “But if supply continues, hopefully we won’t have a big struggle with second doses.”

The Canadian government said it’s on track to receive more than two million doses per week through May and June.

— With files from Sean Boynton