Dr. Gautam Singh dreads the daily advent of the ventilator beeps, signalling that oxygen levels are critically low, and hearing his critically ill COVID-19 patients start gasping for air in the New Delhi emergency ward where he works.

Like other doctors across India, which on Monday set another record for new coronavirus infections for a fifth day in a row at more than 350,000, the cardiologist has taken to begging and borrowing cylinders of oxygen just to keep his most critical patients alive for one more day.

On Sunday evening, when the oxygen supplies of other nearby hospitals were also near empty, the desperate 43-year-old took to social media, posting an impassioned video plea on Twitter.

“Please send oxygen to us,” he said with folded hands and a choked voice. “My patients are dying.”

India was initially seen as a success story in weathering the pandemic, but the virus is now racing through its massive population of nearly 1.4 billion, and systems are beginning to collapse.

SOS messages like the one Singh sent reveal the extent of panic in a country where infections are hitting new peaks daily.

In addition to oxygen supplies running out, intensive care units are operating at full capacity and nearly all ventilators are in use. As the death toll mounts, the night skies in some Indian cities glow from the funeral pyres, as crematoria are overwhelmed and bodies are burned outside in the open air. 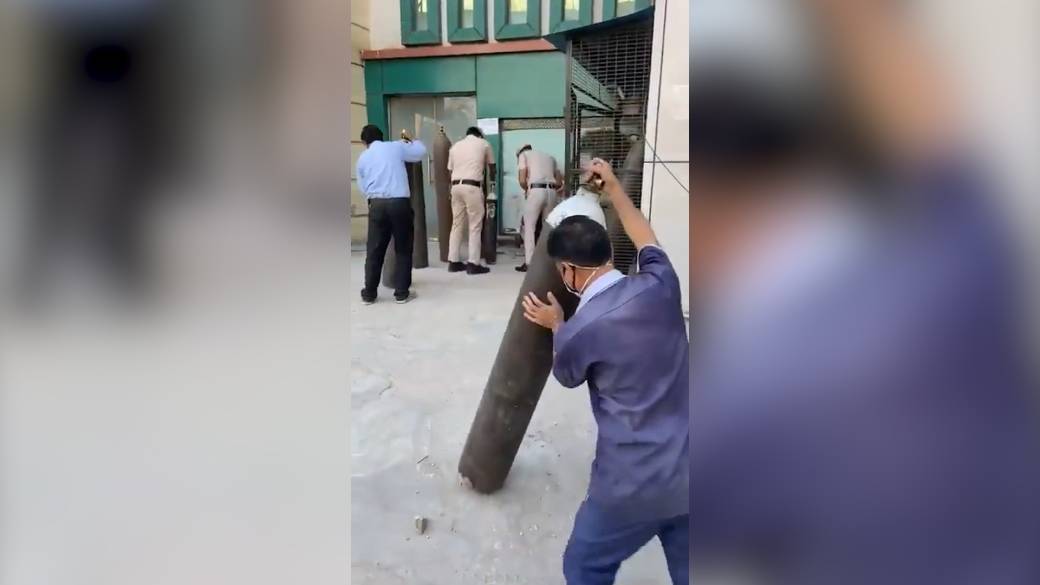 On Monday, the country reported another 2,812 deaths, with roughly 117 Indians succumbing to the disease every hour — and experts say even those figures are likely an undercount. The new infections brought India’s total to more than 17.3 million, behind only the United States.

Doctors like Singh are on the front lines, trying to get the supplies they need to keep their patients alive.

Singh received 20 oxygen cylinders on Monday, only enough to limp the hospital through the day until the ventilators start sending out their warning beeps again.

“I feel helpless because my patients are surviving hour to hour,” Singh said in a telephone interview. “I will beg again and hope someone sends oxygen that will keep my patients alive for just another day.”

As bad as the situation is, experts warn it is likely to get worse.

Krishna Udayakumar, founding director of the Duke Global Health Innovation Center at Duke University, said it would be impossible for the country to keep up with needs over the coming days as things stand.

“The situation in India is tragic and likely to get worse for some weeks to months,” he said, adding that a “concerted, global effort to help India at this time of crisis” is desperately needed.

The White House said the U.S. is “working around the clock” to deploy testing kits, ventilators and personal protective equipment, and it would seek to provide oxygen supplies as well. It said it would also make available sources of raw material urgently needed to manufacture Covishield, the Oxford-AstraZeneca vaccine made by the Serum Institute of India.

“Just as India sent assistance to the United States as our hospitals were strained early in the pandemic, we are determined to help India in its time of need,” President Joe Biden said in a tweet.

Germany’s Health Ministry said it was “urgently working to put together an aid package” for India consisting of ventilators, monoclonal antibodies, the drug Remdesivir, as well as surgical and N95 protective masks.

Stung by criticism of its lack of preparation ahead of the wave of infections, the federal government has asked industrialists to increase the production of oxygen and life-saving drugs in short supply.

But many say it is too late — the breakdown a stark failure for a country that boasted of being a model for other developing nations.

Only three months ago, the country’s leaders were boisterous, delivering messages that the worse was over.

In January, Prime Minister Narendra Modi declared victory over the coronavirus, telling the virtual gathering of the World Economic Forum that India’s success couldn’t be compared with anywhere else.

A little less than a month later, his Bharatiya Janata Party passed a resolution hailing Modi as a “visionary leader” who had already “defeated” the virus. 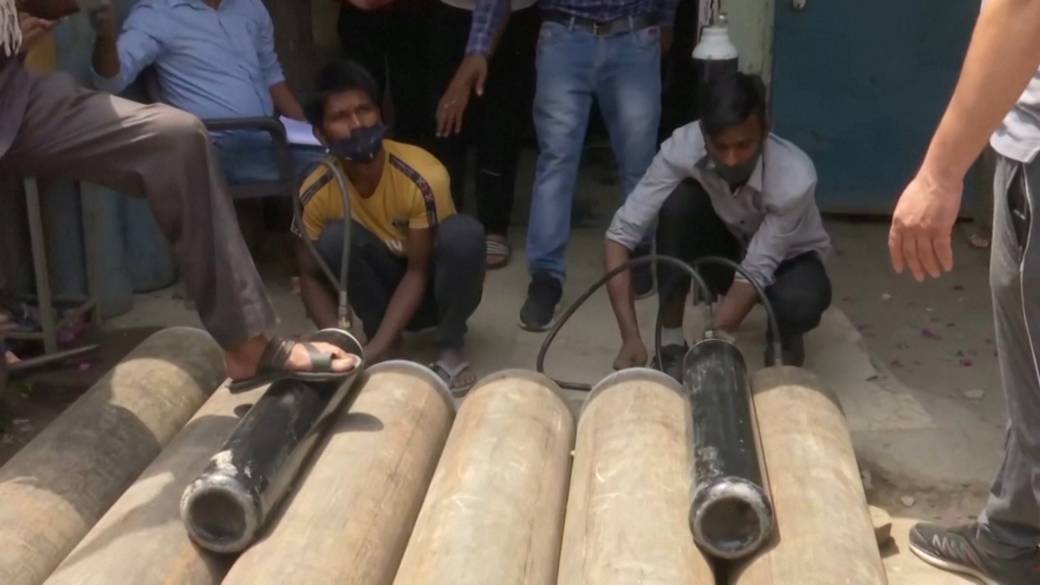 By the second week of March, India’s health minister declared that the country was “in the endgame” of the pandemic.

At the same time, the patients arriving at India’s hospitals were far sicker and younger than previously seen, prompting warnings by health experts that India was sitting on a ticking time-bomb, which went either unnoticed or ignored.

Millions of Hindu devotees celebrated the festival of Holi across the country at the end of March, foregoing social distancing guidelines and masks. Politicians, including Modi, spearheaded mammoth election rallies where tens of thousands participated without masks. And millions more gathered by the Ganges River for special Hindu prayers as recently as last week.

Now it’s suspected all these events might have accelerated the unprecedented surge India is seeing now.

“Many people across India are paying with their lives for that shameful behaviour by political leaders,” Udayakumar said.

In a radio address on Sunday, Modi sought to deflect the criticism and said the “storm” of infections had left the country “shaken.”

“It is true that many people are getting infected with corona,” he said. “But the number of people recovering from corona is equally high.”

India’s government said last week it would expand its vaccination program to make all adults eligible, something long urged by health experts.

But vaccinations take time to show their effect on the numbers of new infections, and there are questions of whether manufacturers will be able to keep up with the demand. The pace of vaccination across the country also appears to be struggling.

Meantime, ordinary citizens are taking matters into their own hands, doing what they say the government should have done a long time ago.

Volunteers, from students to technology professionals, non-profit organizations and journalists, are rallying to circulate information on the availability of hospital beds, critical drugs and oxygen cylinders.

Like Dr. Singh, many have taken to social media, particularly Twitter, to crowdsource lists of plasma donors and oxygen cylinder supplies.

The system’s imperfect, but some are getting badly needed help.

At the same time, she made countless calls to hospitals and government helpline numbers, to no avail.

By evening her 63-year-old father was gasping for breath. 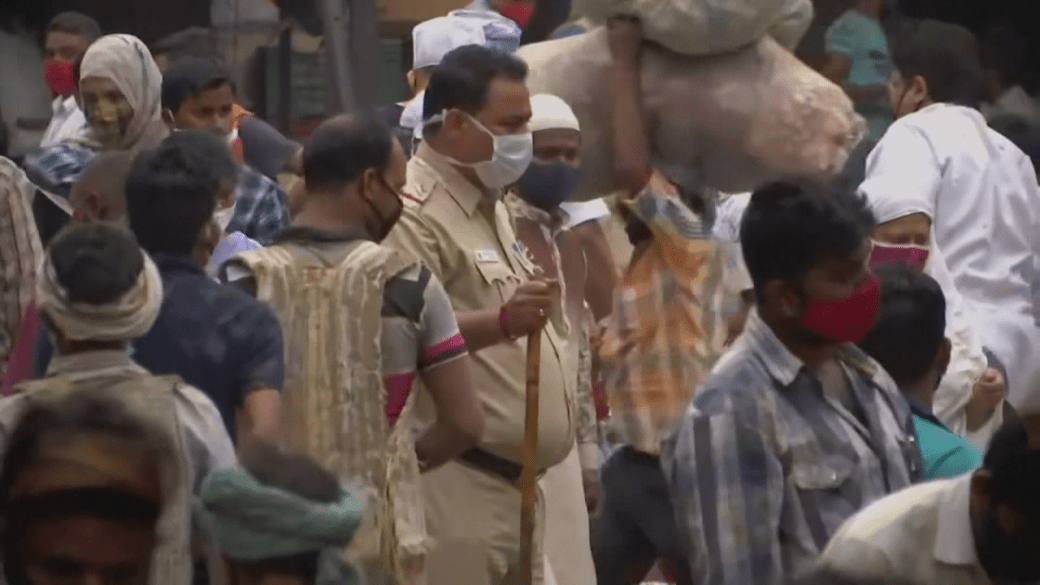 “I was prepared for the worst,” Kumar said.

But out of nowhere, a fellow Twitter user reported an available oxygen cylinder some 60 kilometres (37 miles) away. Kumar drove to the person’s house where she was handed over the oxygen cylinder by a man.

“I was helped by a stranger when my own government continues to fail thousands like me,” she said. “Unfortunately, everyone is on their own now.”