As public health units and ICUs across Canada continue to grapple with a third wave of COVID-19 cases, one expert says that the country’s fourth wave — should it happen — could look very different in comparison to its first three.

With Canada’s COVID-19 vaccine rollout beginning to pick up steam and more and more at-risk groups receiving their shot, University of Toronto Infectious Disease Specialist Dr. Isaac Bogoch said that the fourth wave of the pandemic would most likely differ in demographics — with lower risk groups, like young people, getting infected at a higher rate than others.

“As we have more and more people vaccinated, you know, we will see the demographic change of who’s infected,” said Bogoch. “Eventually we’ll start to see a decoupling of cases and hospitalizations.

“You may have a fourth wave that doesn’t put the same stresses on the health care system. Having said that, we don’t know what that’s going to look like yet.”

Repeated delays from several vaccine manufacturers halted Canada’s vaccine drive, with the country placing among the slowest in its rollout compared to other G7 countries.

The country’s effort to get more jabs into the arms of people has picked up significantly over the past few weeks, however, with a total of 7.83 million doses administered as of April 12, according to Health Canada. 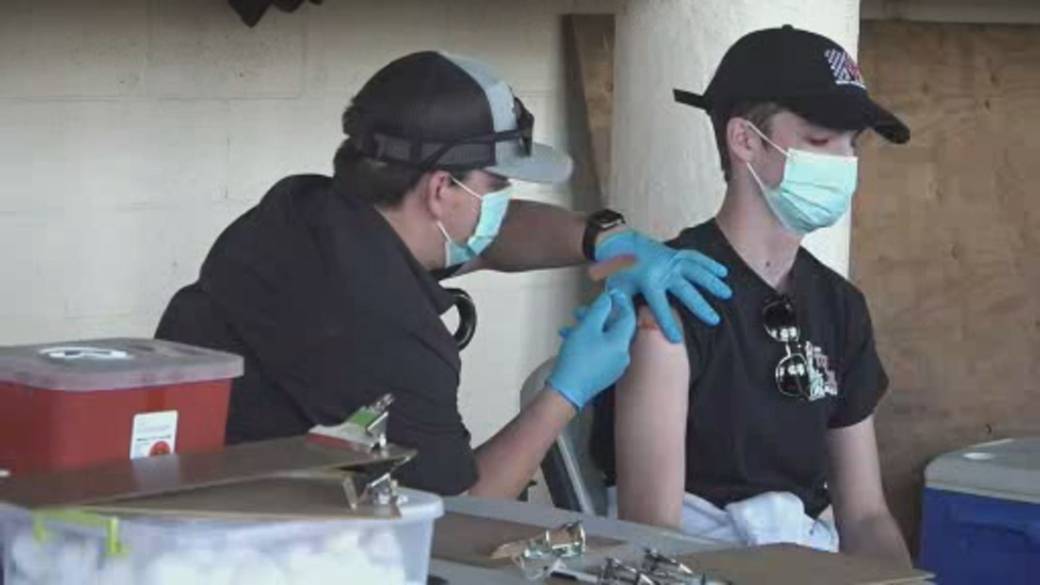 Prime Minister Justin Trudeau said at a press conference Friday that the country still remains on track to get at least 44 million doses of COVID-19 vaccines from Pfizer, Moderna and AstraZeneca by the end of June. The Trudeau government has also maintained an earlier promise that any Canadian adult who want a vaccine would be able to get one by September.

Despite this, Canada for the first time eclipsed the U.S. in its rate of new cases of the virus on Friday.

A Global analysis shows that on Friday, Canada reported 205.73 new cases per million on a rolling seven-day average, relative to the country’s population, while the United States sat at 205.12.

That could spell trouble for Canadians as daily cases in the country reached an all-time high earlier this week at 9,255, with experts and public health officials sounding the alarm on the buckling capacities local ICUs are facing across the country. 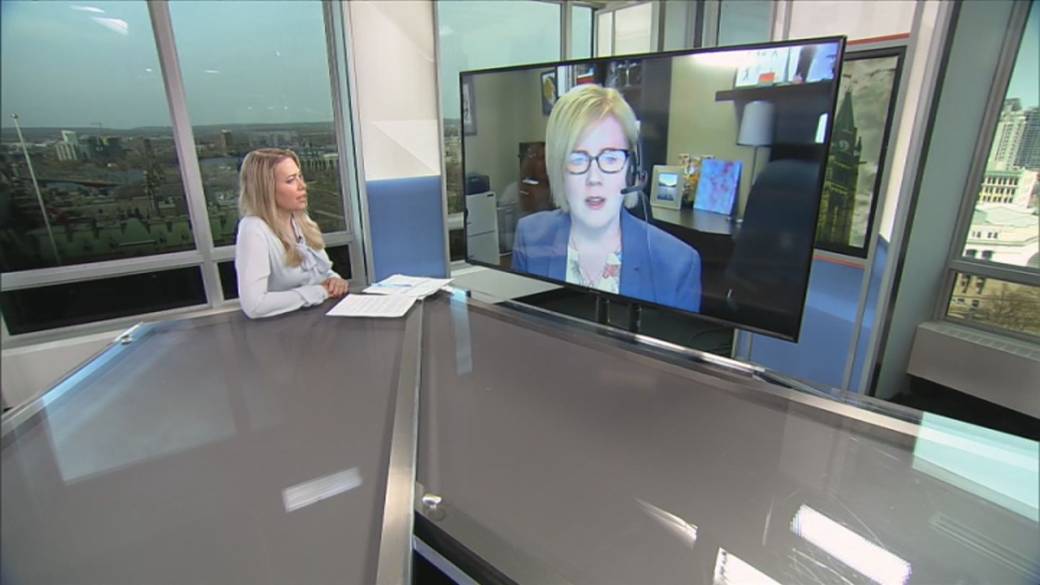 7:08
Canadians will lose jobs amid COVID shutdowns, but may rebound ‘quickly’: employment minister

Canadians will lose jobs amid COVID shutdowns, but may rebound ‘quickly’: employment minister

According to the country’s chief public health officer, COVID-19 rates of infections and hospitalizations were also beginning to increasingly affect younger people — with figures showing a surge in hospitalizations for those between 40 to 59 years old.

“These data also show that an increased number of adults in this age group were admitted to intensive care units (ICU) and received mechanical ventilation in March 2021,” said Dr. Theresa Tam in a statement Sunday.

The implications of the country’s third wave, according to Bogoch, could also potentially seep into and cause complications for those infected from the fourth.

“Some young people can still land in hospital and you might not have the same level of health care system capacity because of how significant the third wave was,” said Bogoch.

Bogoch said that much like how the country’s first three waves of the virus were handled, Canada needs to be ready to implement public health policies and measures in order to prepare for a potential fourth wave.

“How quickly we come out of this third wave is completely dependent on policy,” he said.

Previous articleCanada to get 1 million Pfizer vaccine doses this week as COVID-19 soars across country
Next articleEdmonton weather: Ok, be honest, who took off their snow tires?