A spokeswoman for the premier’s office says Kenney wants to discuss pipelines and the reopening of international borders, which have been closed due to COVID-19.

Jerrica Goodwin says the premier plans to bring up a fair deal for Alberta in the federation.

She says he will also reiterate why he thinks it’s important to wait to fill any Senate vacancies until after Alberta’s October nominee elections.

Trudeau’s office has confirmed he will spend Wednesday in Calgary, where he will also visit a local business that received federal COVID-19 pandemic support, meet with Nenshi and visit a transit maintenance facility with the mayor for an announcement.

The stop in Alberta follows Tuesday’s visit to the Cowessess First Nation in Saskatchewan. 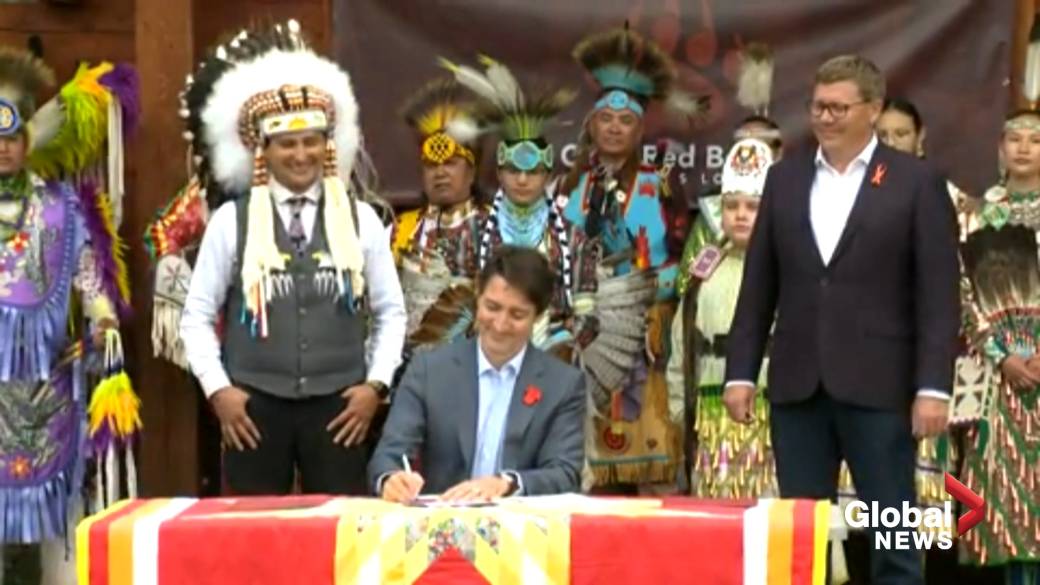 The First Nation, east of Regina, is the first to sign an agreement with Ottawa that will see jurisdiction over children returned to the community.

Cowessess is also the site of a former residential school where, last month, ground-penetrating radar detected a potential 751 unmarked graves.