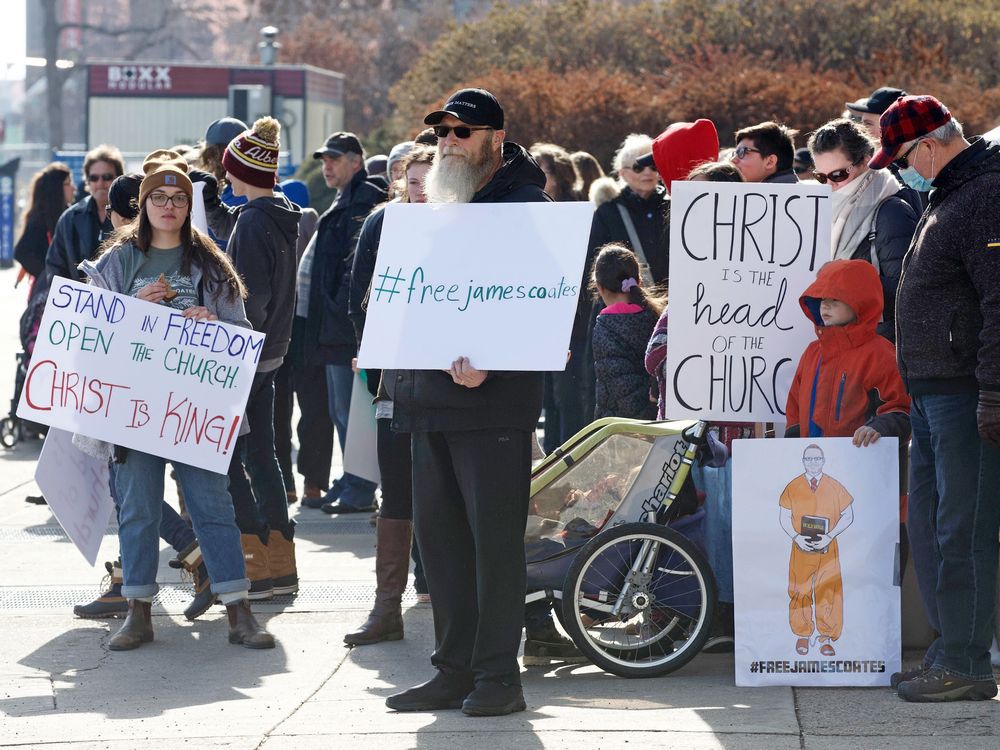 A Court of Queen’s justice is being asked to decide whether Coates, who has been jailed for allegedly violating the Public Health Act by conducting worship services in violation of COVID-19 restrictions, should be released from the Edmonton Remand Centre.

About 60 supporters gathered on the east side of the law courts building Thursday, said a prayer, and then marched around the courthouse holding signs that read “Free James Coates.”

The Justice Centre for Constitutional Freedoms, which is representing Coates, says he refused to sign a bail condition to comply with provincial health orders, saying it “(violates) his Charter freedoms of conscience, religion, association and peaceful assembly.

On Feb. 7, Coates was charged in contravention of the Public Health Act for being over capacity and failing to adhere to physical distancing requirements. The church continued to hold services and Coates turned himself into police on Feb 16.

A trial has been set for May 3 and is scheduled for three days.

— with files from David Bloom