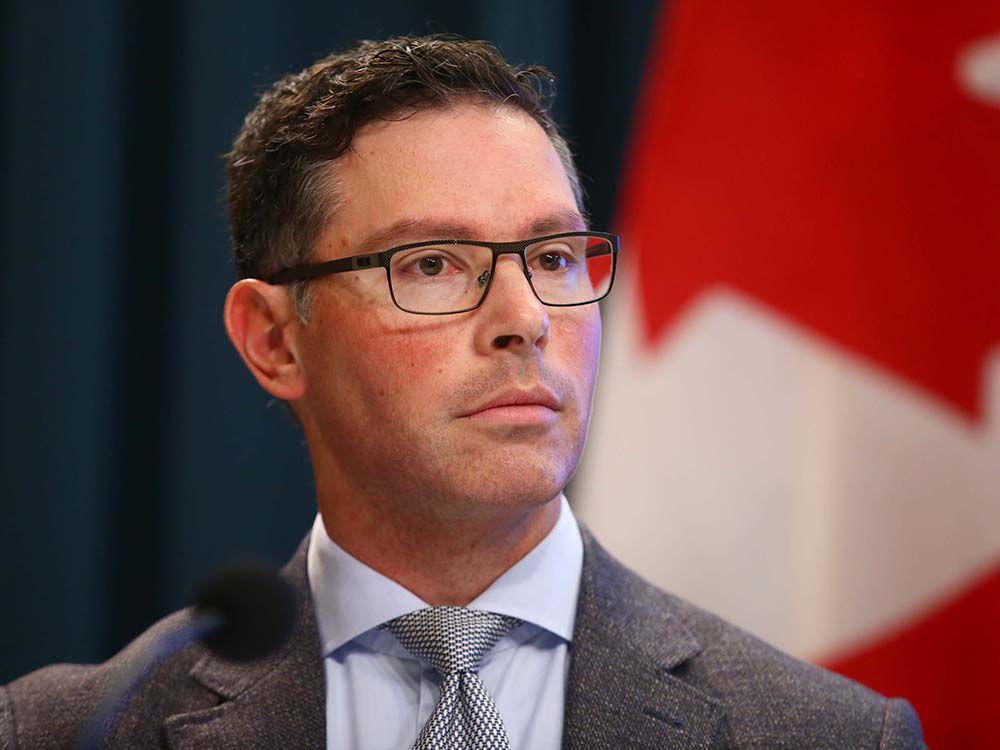 The province is bracing for a big year in film and television, as Jobs, Economy and Innovation Minister Doug Schweitzer announced the removal of a $10 million per production cap on the industry tax credit Friday.

The change is meant to create more flexibility for growth and development in the sector. Previously, applicants could apply for either a 22 per cent or 30 per cent tax credit rate up to a maximum of $10 million per production.

“This is going to be one of our best years on record in film and television in Alberta. We’re expecting a significant amount of growth,” Schweitzer said.

“We’re excited about this industry, we want it to be successful and grow for the long term (and) creative industries and big business complimenting each other’s skillsets, creating job opportunities for Albertans.”

The elimination of the production cap comes after the province added an additional $19.5 million in supports to the industry for a total budget of $50 million in 2021-22.

Schweitzer said the province had been consulting with local stakeholders as well as global players such as HBO, Disney, MGM, and Universal on how to “build out the space in Alberta.”

He said the resounding feedback they received was to remove the per production cap.

“We want to make sure we send a clear signal that we want your productions here in the province of Alberta, we want your creative industries here to develop out and to create job opportunities for so many Albertans,” Schweitzer said.

The province is hoping television projects, in particular, will come to Alberta.

Tom Cox, managing partner of SEVEN24 Films, said Friday’s announcement is a “huge step” in attracting investment to the province and creating thousands of jobs.

“Equally importantly, it is, I believe, a step in the right direction in creating our own big-budget projects because we too have those aspirations,” Cox said.

“We are now able to bring in large budget projects and the ability to support them in this province, which … will generate thousands of jobs and many, many millions of dollars of activity peripheral to film and television.”

NDP Critic for Culture Nicole Goehring said in a statement she was pleased with the removal of the per production cap but the overall budget cap is still in place, “keeping Alberta steps behind other jurisdictions.”

“The UCP must make this program a true tax credit, and remove the overall budget cap so Alberta can have a competitive advantage on the world stage,” she said.

Applications opened for the tax credit on Jan. 29, 2020 and remains open. Since its launch, 31 medium and large-scale productions have been approved with an estimated spend of $177.6 million and creating 3,300 jobs.