Health Canada anticipates a total of 36.5 million doses from Pfizer-BioNTech, Moderna and the AstraZeneca vaccine from the Serum Institute of India by June 30.

Canadian provinces have suspended use of the Oxford-AstraZeneca COVID-19 vaccine in people under age 55, acting on an advisory committee’s concerns about a possible link between the shot and rare blood clots.

She said people who received the AstraZeneca vaccine should look for symptoms such as shortness of breath, chest pain, leg swelling, persistent abdominal pain, sudden onset of severe or persistent headache or blurred vision and skin bruising elsewhere than the site of vaccination, developing four to 20 days after vaccination. 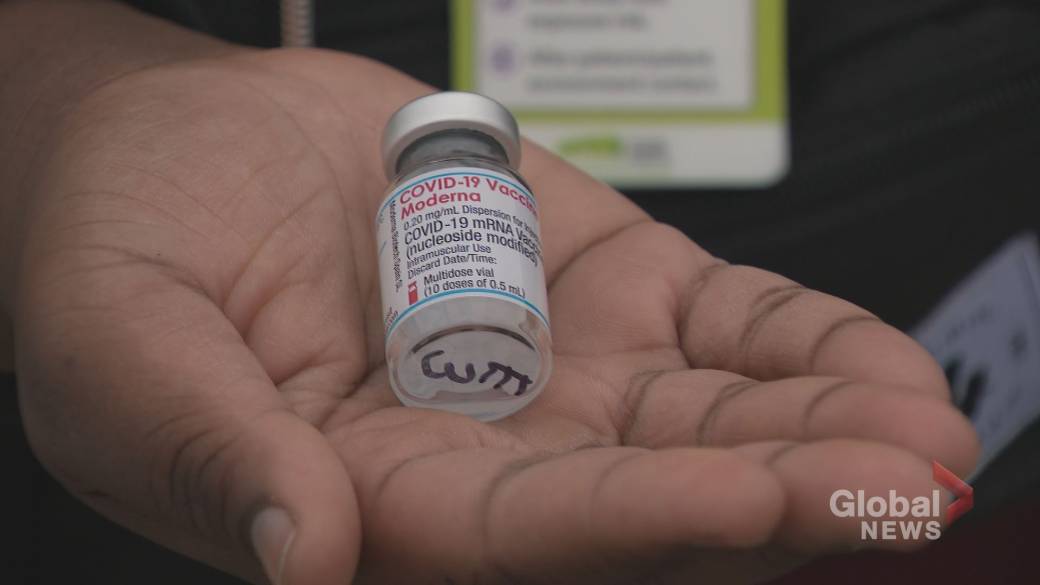 Health officials say vaccinations have begun for first responders. Pre-registration for COVID-19 vaccines has opened for people aged 70 or older and for home-support workers.

Last month Newfoundland and Labrador extended the interval between the first and second doses of the COVID-19 vaccine to four months.

Public health officials said the change would help them vaccinate 40,000 more people with a single dose by the end of March. Liberal Leader and incumbent Premier Andrew Furey called the decision a game changer for the province’s vaccination prospects.

All Nova Scotians who want a vaccination should be able to get their first shot by late June, chief medical officer of health Dr. Robert Strang announced on April 9. The original target was September.

Strang also announced that as of April 9, Nova Scotians 65 years of age and older became eligible to receive their first dose.

As well, the Oxford-AstraZeneca vaccine is still available for those 55 to 64 years old.

The province is also planning to use mobile van clinics to vaccinate about 900 people who work at or use homeless shelters in the Halifax area.

Public health is partnering with pharmacists and doctors to provide the vaccines at 25 locations.

Nova Scotia, meanwhile, has added front-line police officers to the list of people eligible for vaccination during the second phase of the province’s rollout plan, joining groups such as long-haul truck drivers and hospital workers over the age of 60. 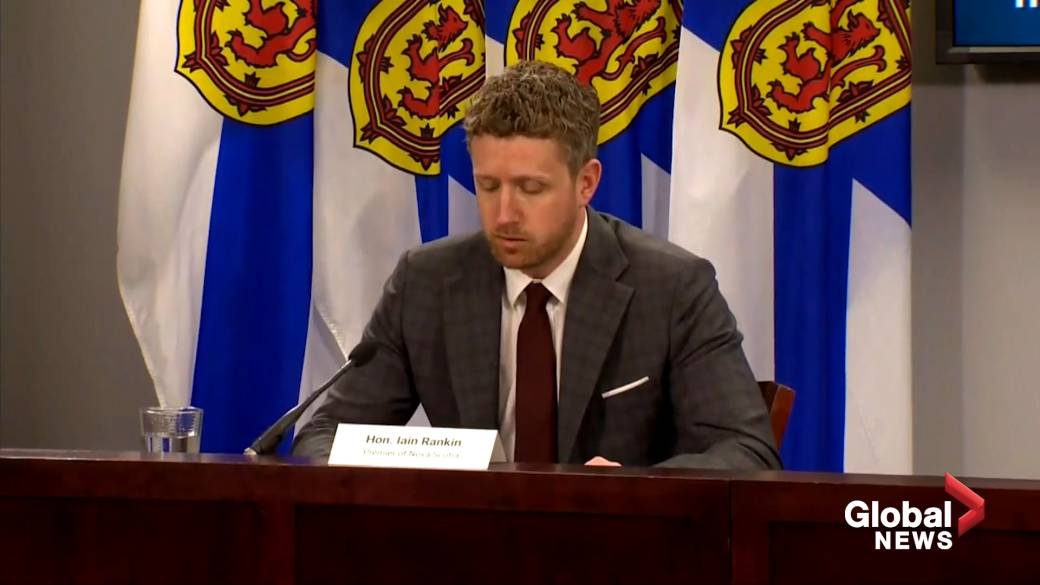 The province is offering the Oxford-AstraZeneca COVID-19 vaccine to people ages 18 to 29 who work in gas stations and convenience or grocery stores.

The announcement on March 16 came after the province opened AstraZeneca vaccination appointments a week earlier to young people in the food and beverage sector.

Read more:
P.E.I. suspends use of AstraZeneca vaccine among young

Health officials announced March 18 that people 80 and older, health-care professionals who have close contact with patients, and people with complex medical conditions were eligible to receive a COVID-19 vaccine.

People 80 and over, a caregiver or a family member acting on their behalf can make an appointment for a vaccine at a pharmacy. 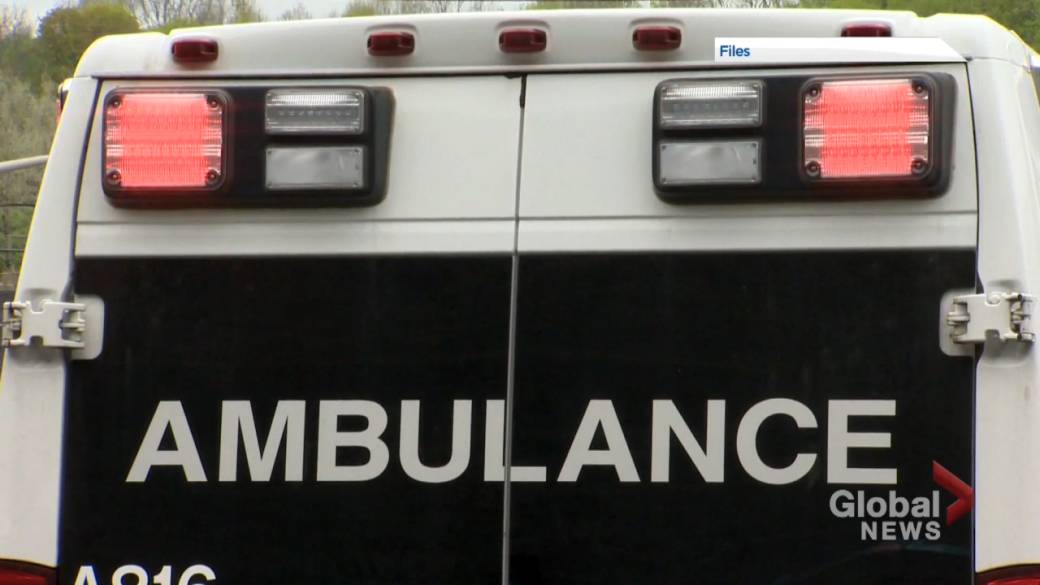 Quebec has expanded access to COVID-19 vaccines to Montrealers who are essential workers or who have chronic illnesses.

Essential workers such as teachers and first responders can now book an appointment after providing proof of employment.

Quebecers between the ages of 55 and 79 can now receive an Oxford-AstraZeneca vaccine at walk-in clinics.

Quebec has also opened vaccination appointments for anyone over the age of 60 across the province.

Officials announced on April 8 the first 13 companies that will operate clinics in their workplaces, with each site able to vaccinate up to 25,000 people between May and August.

Participating companies include National Bank, Bell, and Groupe CH, owner of the Montreal Canadiens NHL team. The clinics will be located in eight different health regions and should be operational by May 1.

Montreal’s airport authority will partner with Air Canada and Bombardier to create a vaccination hub that will operate two sites at the departure level of the airport terminal and in a nearby Bombardier hangar.

Ontario is doubling the number of pharmacies involved in the provincial vaccine effort.

The province says 700 new pharmacies in COVID-19 hot spots will start offering the Oxford-AstraZeneca vaccine as soon as this coming week, bringing the total number to 1,400.

It says the expansion will help vaccinate those 55 or older, who are currently the only ones cleared to receive the AstraZeneca shot.

The province says it hopes to add another 100 pharmacies to the vaccine effort by the end of the month.

Some residents of Toronto and Peel Region aged 50 and older can now book their COVID-19 vaccine appointments.

Toronto says people who live in hot spot neighbourhoods can book an appointment to get their shot, while Peel has opened the bookings for anyone in the age group.

The Ontario government said beginning April 5, people aged 60 and over could book their vaccine appointments in every region. 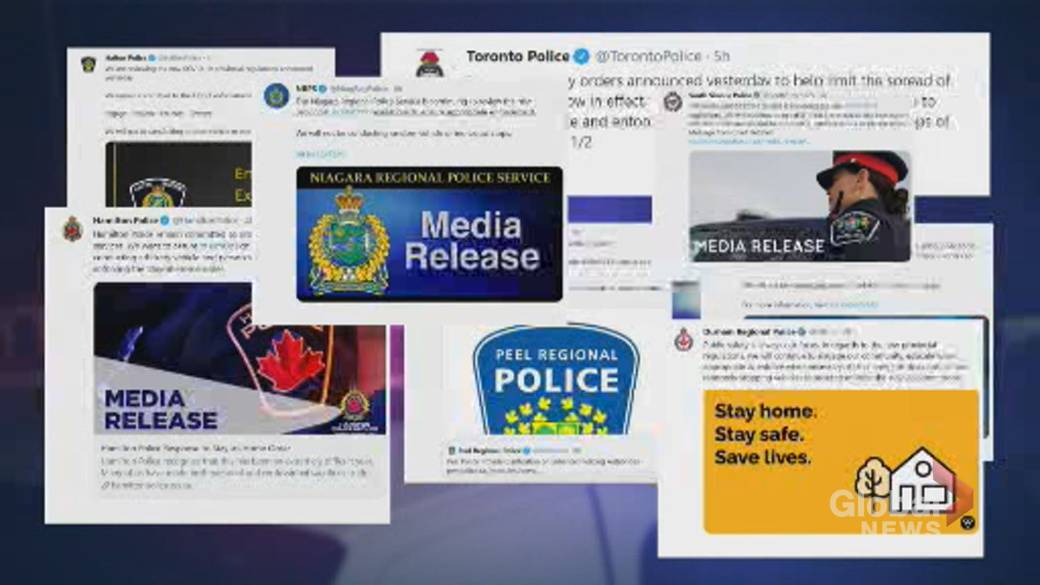 Manitoba is vaccinating people aged 57 and older in the general population, and First Nations people aged 37 and older. Health officials plan to continue to reduce the age minimum age, bit by bit, over the coming months.

Manitoba has now given at least one dose to roughly 23 per cent of people aged 18 and older.

Dr. Joss Reimer, medical lead of the province’s vaccine task force, has said all adults in the province could have a first dose of by the end of June if supplies are steady.

There are supersites in cities where people can get vaccines, and pop-up clinics have begun in rural and northern Manitoba communities for people who are eligible.

Immunization teams have also been going to congregate living facilities, such as group homes, to provide vaccines.

Starting next week, Manitoba will prioritize firefighters and police officers for vaccines, as well as all adults living in high-risk areas, which have yet to be defined. Officials are promising details next Wednesday.

Health officials say the province has capacity to deliver 20,000 doses each day, but are currently hindered by limited supply. They say all vaccines that arrive in the province are used within 10 days.

The Saskatchewan Health Authority is booking vaccinations for residents 48 and older. The minimum age drops to 40 for people living in the Far North.

The province has also expanded the vaccine delivery plan for people in more vulnerable groups to include all pregnant women and 16- and 17-year-olds who are considered clinically extremely vulnerable.

The province has opened drive-thru vaccination clinics in communities across the province. In Regina, the drive-thru is available for people between the ages of 46 and 54. 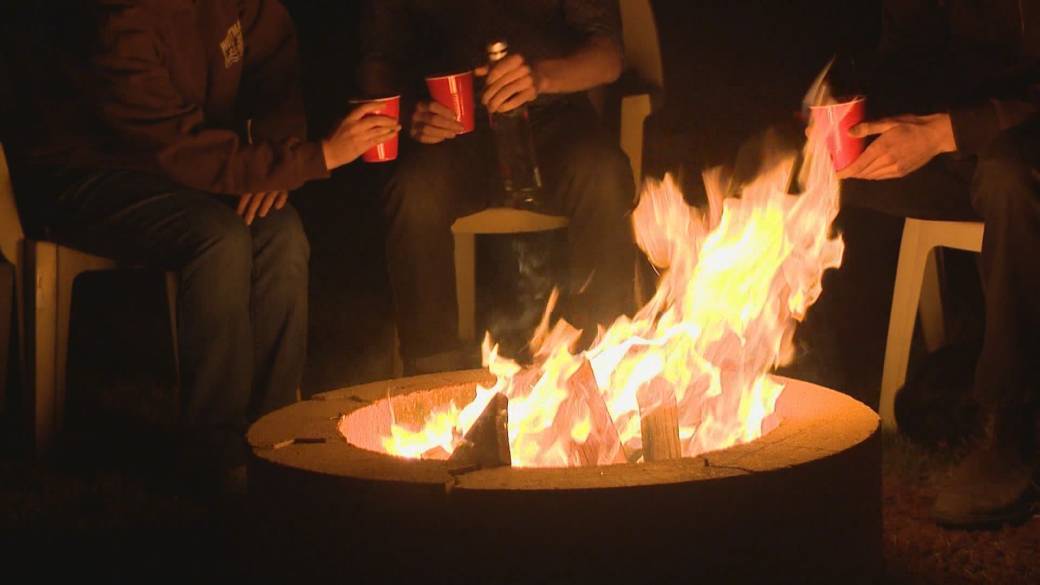 Albertans born in 2005 or earlier with high-risk underlying health conditions are eligible for shots.

As of April 12, the next phase of health-care workers were able to book appointments: physicians, nurses, pharmacists, dentists, their office staff, lab workers, practicum students in clinical areas, and health workers on First Nations reserves and Metis settlements.

Previously, shots have been available to front-line health workers, staff and residents in supportive living facilities, Albertans born in 1956 or earlier and First Nations, Inuit and Metis people born in 1971 or earlier.

More than 250 pharmacies are offering immunizations. Starting April 19, 10 physicians clinics across the province can provide shots as part of a pilot project, which could be expanded in May.

Additional AstraZeneca vaccine appointments for those aged 55 to 64 are also available through Alberta Health Services in Edmonton and Calgary.

Alberta has also said it is extending the time between the first dose and the second to four months.

Health Minister Tyler Shandro has said the province expects to offer all Albertans 18 and over a first dose of vaccine by the end of June.

Read more:
More calls for COVID-19 vaccines to be offered to a wider range of people in Alberta

B.C. residents aged 55 and older can now register to receive the COVID-19 vaccine.

The province is widening the number of age groups that can register for vaccination over the next week. Those 50 and up and can register on Wednesday and anyone over 45 can sign up on Friday. Registration opens for those over the age of 40 next Monday.

The new vaccine registration schedule means more than 1.3 million people age 40 and older can sign up.

B.C.’s age-based program runs parallel to its pharmacy-based vaccine drive for residents between the ages of 55 and 65 who are eligible for the Oxford-AstraZeneca shot. That program began for people living in the Lower Mainland but has now been made province-wide.

The pharmacy program was developed after provincial health officer Dr. Bonnie Henry placed a pause on use of the AstraZeneca vaccine for anyone under 55 on the advice of the National Advisory Committee on Immunization over concerns about rare blood clots.

Adults living and working in Whistler started receiving their COVID-19 vaccinations on Monday.

Firefighters, police and paramedics, meanwhile, are being vaccinated with the Pfizer-BioNTech and Moderna vaccines over the next few weeks alongside staff at schools and childcare centres.

The government says more than 1.2 million doses of COVID-19 vaccines have been administered in B.C. 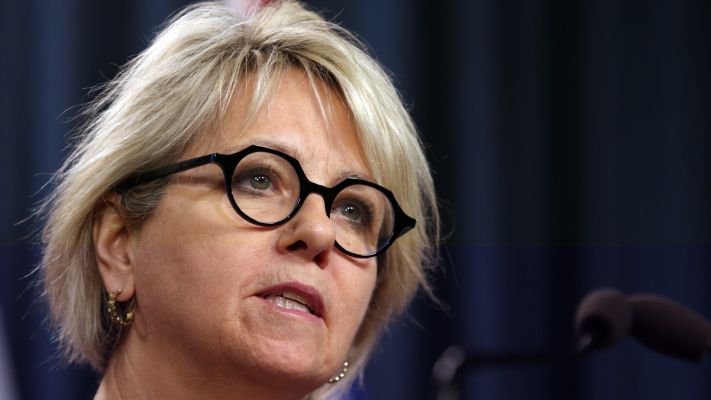 The territory expects to finish its vaccine rollout of first and second doses by the end of April.

The Northwest Territories is also providing vaccine to those 18 and older and expects to finish its rollout by the end of April.

Yukon said it would receive enough vaccine to immunize 75 per cent of its adult population by the end of March.