Two political science experts agree that the four premiers in Atlantic Canada rely on public health advice more so than political motivations when it comes to the COVID-19 pandemic.

Finding the balance between public health advice, and pressures from industries and the public, is a difficult one to find, according to Don Desserud, a political science professor at the University of P.E.I. in Charlottetown.

“That balance between not going so far that people say ‘that’s too much, I’ve had it, I’m not going to obey anymore’ … But also doing enough in order to deal with the emergency in the way in which is required,” he said.

Nova Scotia Premier Iain Rankin made the call on Tuesday to open up its border to travelers from Newfoundland and Labrador. This allows all Atlantic Canadians to enter the province without mandatory self-isolation — in a move that came as a surprise to some, considering that Nova Scotians still have to self-isolate when entering the other three provinces.

According to Desserud, Atlantic provinces rely heavily on public health advice, and it is public trust that allows them to make these calls.

“I find it fascinating and also comforting that the governments have relied so much on their public health officials for guidance. You don’t often see that, by the way, usually they’re kept in the background.”

He says the political culture in the Atlantic region is different than the rest of Canada.

“It is more likely to find that people trust their government, and the trust in government seems to be stronger in Atlantic Canada than you might see, for example, in Alberta, where there seems to be more cynicism.” 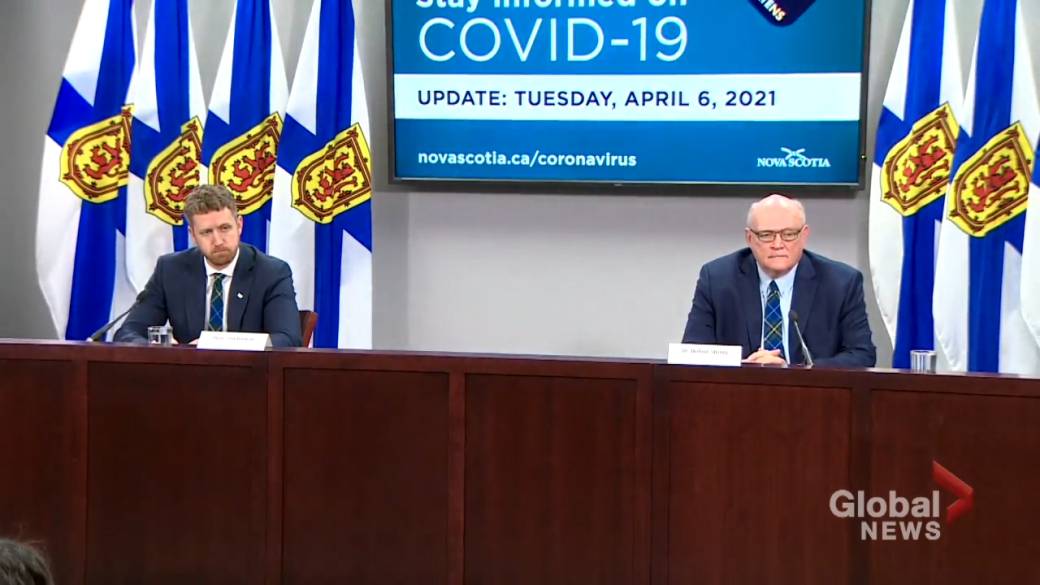 He says governments seem to expect that their citizens will support them, and that people know their governments better. This is particularly true in P.E.I., Canada’s smallest province.

“(That) also creates responsibility, the government knows that they’re being held accountable on a daily basis and on a personal basis,” he said.

Desserud argues that public trust is what allowed Atlantic premiers to implement strict measures to contain the virus, such as closing borders.

He says two years ago, he never would have imagined that borders would be closed inter-provincially, and that people would be stopped at a border and be asked to quarantine.

“To be able to do that depends a lot on the public’s trust, that this is OK and that the government knows what they’re doing.”

Lori Turnbull, a Dalhousie University politics professor, says there is no space between political motivations and public health motivations at this point in Atlantic Canada.

“The premiers have no interest in losing what they have, which is a world-class record when it comes to COVID. There’s no way that anybody here wants to see that change,” she said.

But, the economic motivation to open up markets within the region can’t be ignored, and likely played a role in Nova Scotia’s decision to open borders earlier than others.

“If the premier feels that it is safe from a public health perspective to create more traffic in Nova Scotia by opening up those borders to at least the Atlantic Canadian residents and people in Canada, then that can help to offset some of the economic costs that have been borne by people and businesses in Nova Scotia,” says Turnbull.

In Nova Scotia, some have questioned Rankin’s quick move to loosen restrictions, particularly when it came to opening the New Brunswick border earlier in March. His predecessor Stephen McNeil kept the border closed after the bubble burst in July.

But, Turnbull says while it may be a risk, it’s a decision that makes sense for the region at this time, and McNeil might have done the same.

“It strikes me that both premiers were working within the confines of public health advice and taking that very seriously,” she explained. 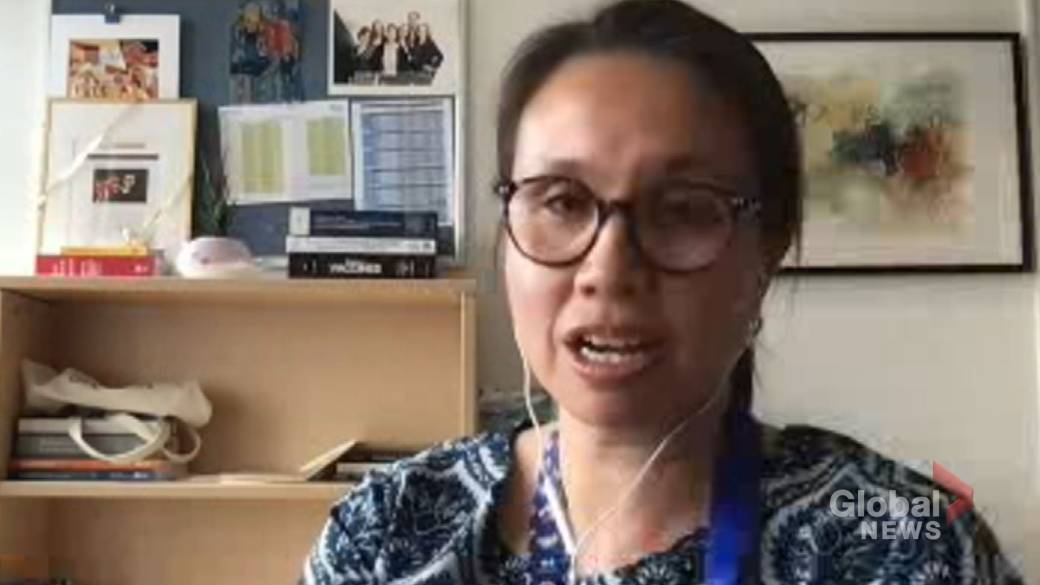 0:44
NACI suggests interval between vaccine doses could eventually be shortened to 2 months

There are various motivations at play when it comes to decisions around COVID-19. Desserud says one of those is genuine concern for the health of citizens, although partisan politics does sneak in.

“I wouldn’t want to argue that any of the premiers in Atlantic Canada were trying to exploit the situation for their own their own benefit, though sometimes you do have to wonder about that,” he said.

“But what I think is more likely to happen is that they realize their ability to make decisions quickly and to do so effectively is enhanced if they have a more secure position in their in their legislature.”

He says it must have been tempting for P.E.I.’s Conservative government, which went from a minority to a majority through a by-election, to take advantage of that position.

“You would think possibly that if (Dennis King) was a cynical person, that he would take advantage of that and move into an election,” said Desserud, adding that in Newfoundland and Labrador, on the other hand, an election turned out to be “a disaster.”

“But, we have seen in New Brunswick, an election was called during the pandemic and it worked out in the favor of the Higgs government,” he added.

“I’m guessing we’re going to be seeing an election in Nova Scotia fairly soon. I think now with the Newfoundland case looming, they will be very cautious and think very carefully before they move ahead.”

Turnbull says speculation around an election coming up for Nova Scotia could play a role in Rankin’s rush to reopen.

“You can’t really have an election if people are being told they can’t populate public places. And so is it possible that we are setting a tone for more public comfort, around being around people, going out,” she said.

Turnbull says Rankin would “want people to feel that campaigning is safe and some level of public gathering is safe,” heading into the potential election.

She also says it will be in Rankin’s interest to build back trust with businesses and industries that can benefit from a larger market.

“We know that the Atlantic bubble, as opposed to every province that locked down on its own, has had economic benefits. So the sooner we can get back to at least the four province market … [the] better. That could help him on the campaign trail.”

Acknowledging that there is also pushback towards COVID-19 restrictions, Desserud says there are many who look forward to seeing the Atlantic bubble open again.

“I think people have a very ambivalent attitude towards it. A lot of people, and I put myself in this category, are looking forward to the bubble being open.”

Desserud, who has a daughter living in Halifax, says personal connections can have a significant impact on the pressure the public puts on governments.

But, he says that Atlantic Canada is now in a unique position where although it’s seeing low case numbers, cases of COVID-19 variants are slowly creeping in. While public health has had a year to learn how the virus spreads, and how to prevent it from spreading, these variants are bringing a new unknown. 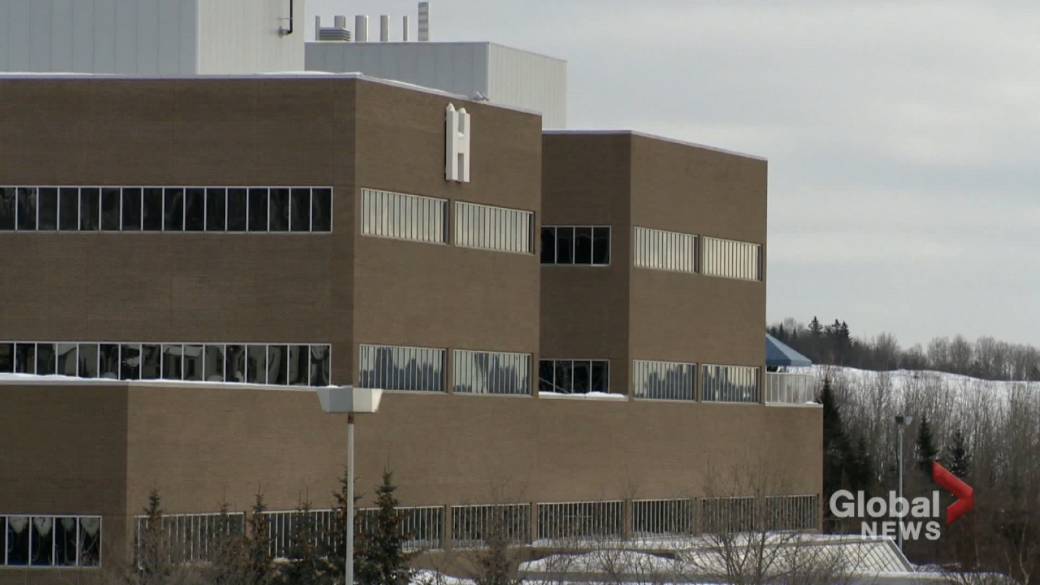 To date, here’s where Atlantic regions stand with variant cases:

Turnbull says that while the risk is high from the variants, it is still under control in this region.

“There are premiers who have very different circumstances, obviously, than we have here,” she said. “Somebody like Doug Ford is under a lot of pressure to try to control the rate at which these variants are spreading.”

“I think that the premiers who are facing rising numbers and a possible overwhelming of health care systems … that’s not the pressure that our premiers have.” 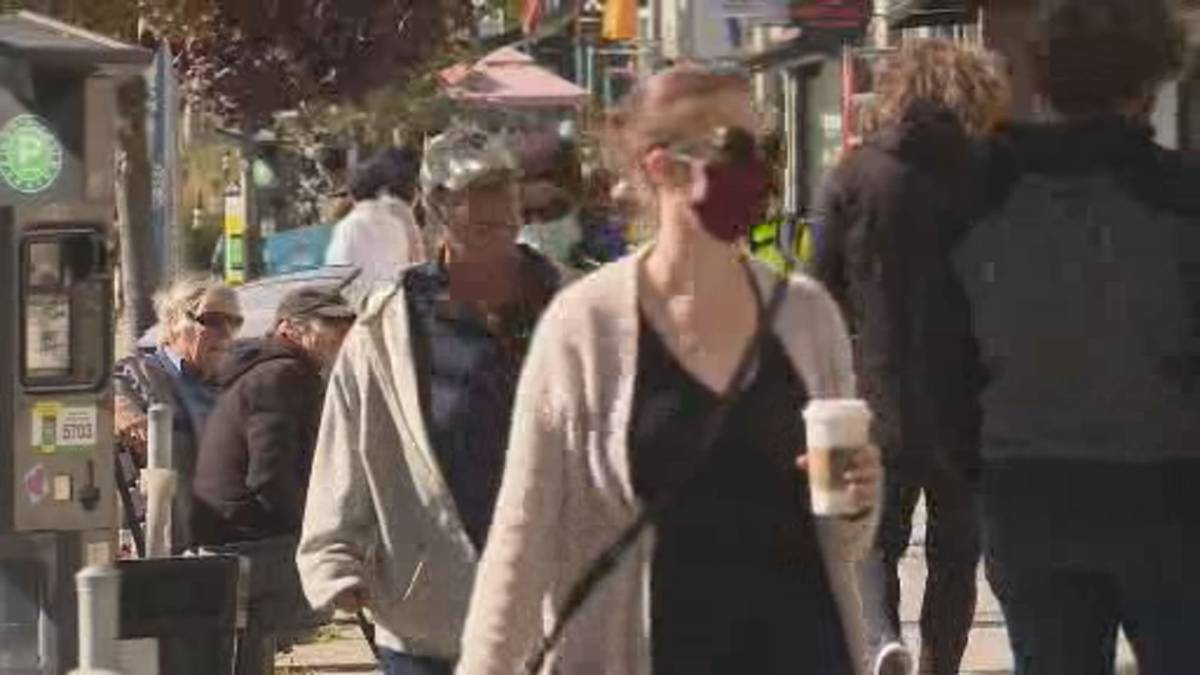