Doctors in India are being told to watch out for an extremely rare but often deadly “black fungus” that can afflict people with severe cases of COVID-19, as the country’s healthcare system continues to buckle under the stress of the pandemic.

The disease, also known as mucormycosis, infects the brain, sinuses and lungs via fungal spores in the air, and is more likely to take root in severe coronavirus patients with underlying health conditions and weakened immune systems — but it’s not directly related to COVID-19.

“Mucormycosis, if uncared for, may turn fatal,” said the Indian Council of Medical Research (ICMR) in an advisory on Sunday.

Black fungus can cause blackening or discolouration around the nose, blurred or double vision, chest pain, breathing difficulties and bloody coughing. Earlier symptoms include sinus pain, headaches or sinus blockages on one side, swelling, numbness, toothache and loosening teeth.

“They’re a family of fungus that gets into your sinuses and deposit there, and they can get into the air spaces in your head,” professor Peter Collignon of the World Health Organization (WHO) told The Guardian. Collignon has monitored the disease for years as a member of the WHO’s expert committee on antibiotic resistance and infectious diseases. 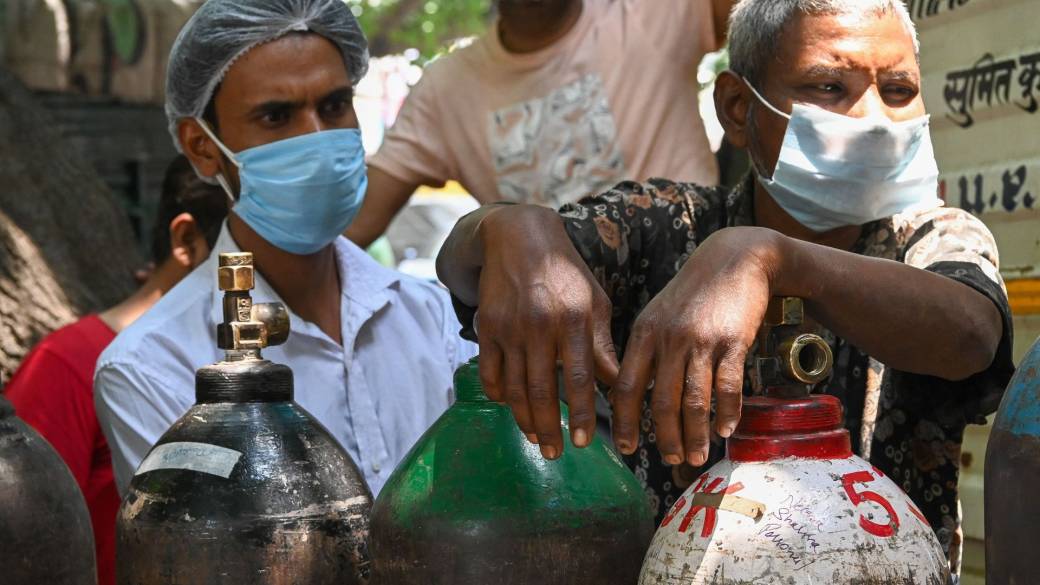 Most people’s immune systems have no trouble fighting off the spores, but someone with severe COVID-19 and uncontrolled diabetes would have a much harder time, Collignon said.

“When your immune system can’t keep them under control, they invade the base of your brain where it becomes a real problem, and really very serious,” he said. “You need surgery and lots of drugs to get on top of it once it takes hold.”

Fifty-four per cent of all patients who get the disease ultimately die, according to the U.S. Centres of Disease Control and Prevention (CDC). The mortality rate is slightly lower — 46 per cent — for those who get it as a sinus infection.

“It’s not something to panic about, but you have to be aware of when to seek consultation,” ICMR scientist Aparna Mukherjee told Reuters.

The moulds that cause mucormycosis are common in many countries around the world and are often found in soil and plants. Most people’s bodies can fight them off, but they can become a problem at hospitals when they get into linens or the ventilation system.

Indian health officials have not released numbers to detail the scope of the infections, but they say mucormycosis is largely showing up in COVID-19 patients with uncontrolled diabetes, and in patients being treated with steroids such as dexamethasone. Officials in the state of Gujarat say they’ve seen about 300 cases in four cities.

The phenomenon is likely cropping up more in India because of its world-leading coronavirus infection rate, combined with already high levels of uncontrolled diabetes in the population.

“You’ve got a high rate of mucormycosis. You’ve got a lot of steroids — maybe too much — being used. And then you’ve got diabetes, which is not being well-controlled or managed,” said David Denning, a professor at Manchester University and an expert at the Global Action Fund for Fungal Infections (GAFFI) charity.

Denning says there have been reports of black fungus in several other countries, including the United States, Brazil and parts of Europe, but the volume is “much bigger” in India.

“One of the reasons is lots and lots of diabetes, and lots of poorly controlled diabetes.” 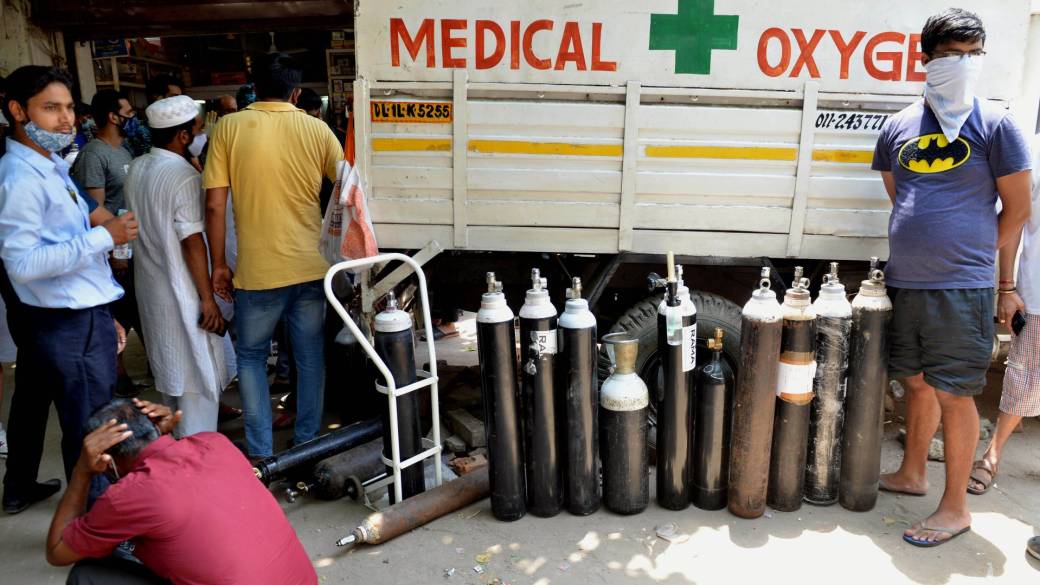 2:05
How Canadians are stepping up to help India amid COVID-19 crisis

One doctor in Mumbai told Reuters that he’s seen at least 10 patients with black fungus in the past two weeks — twice as many as he saw in the entire year before the pandemic started.

Another said that he’s gone from seeing one black fungus patient per year to one each week.

“Diabetes lowers the body’s immune defences, coronavirus exacerbates it, and then steroids which help fight COVID-19 act like fuel to the fire,” eye surgeon Akashy Nair recently told BBC News. Nair described removing a young woman’s eye to save her from such an infection.

It’s yet another threat facing India’s already overtaxed healthcare system, which is dealing with the world’s worst COVID-19 outbreak. Oxygen and clean hospital beds are hard to come by for the living, while many communities are running out of ways to dispose of their dead. 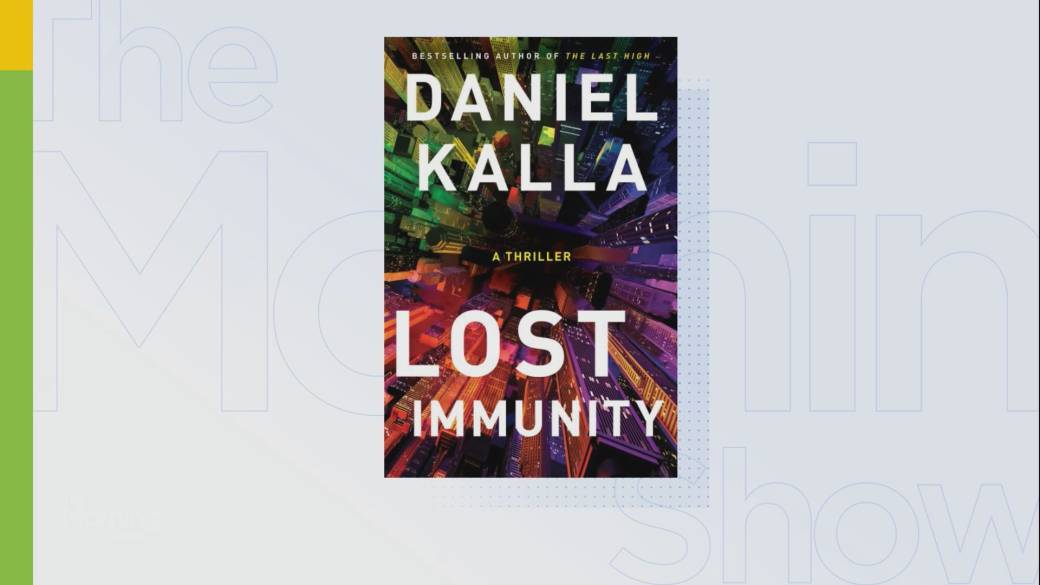 This week, for example, officials pulled 71 bodies out of the Ganges River in Bihar state. It was not immediately clear if the bodies were infected with COVID-19, but they turned up amid a widespread shortage of wood to burn the dead.

India on Tuesday added 329,942 new coronavirus cases to its tally, along with 3,876 recorded deaths — the highest numbers recorded anywhere in the world at this point. India is second only to the United States with nearly 23 million confirmed cases and over 240,000 dead to date, although experts say that is likely a vast undercount.

The country is also grappling with a highly infectious variant of the coronavirus known as B.1.617, which the WHO recently dubbed a “variant of global concern.” The variant has already spread to an estimated 30 countries, the WHO says.

— With files from Reuters and the Associated Press

Previous articleTrudeau says family, friend BBQs can happen this summer — with a caveat
Next articleEPCOR hands out $465,000 in grants to help non-profit organizations amid COVID-19 pandemic