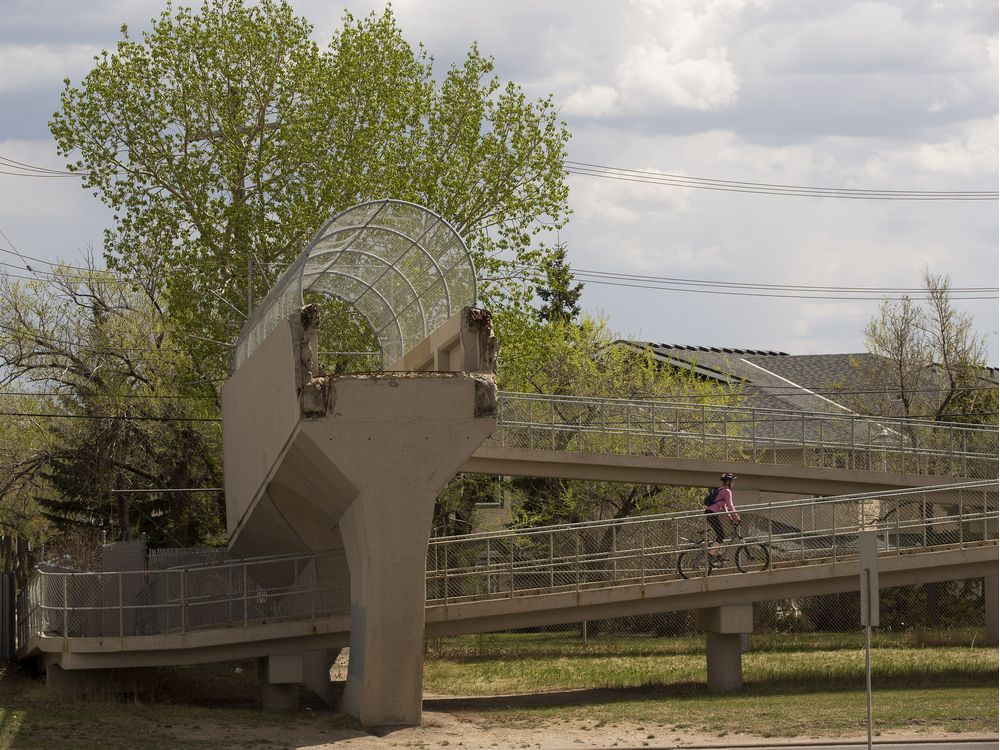 Three years after the sudden demolition of a pedestrian bridge across 170 Street connecting to West Edmonton Mall, an $8-million replacement is in the works.

The planned new footbridge would be jointly funded by the city, the mall and Alberta Health Services, which owns the land on the east side of the street including the Misericordia Community Hospital and several seniors residences.

In a report to council’s executive committee released Thursday, city officials said the plan is for the two partner organizations to pay about $2 million each through a local improvement tax paid back over a 30-year period. The city would be on the hook for the other half and need to dole out the full cost of $8 million upfront so the project can get started later this year. Council will need to vote on the funding request during the spring capital budget adjustment in early June.

Area Coun. Andrew Knack said he is pleased the city isn’t paying for the majority of the project costs and the other two groups who benefit from the bridge will share the load. The bridge over the busy arterial road would connect Canada’s largest mall to the community of West Meadowlark Park, containing several seniors complexes near 170 Street.

“I’m glad that the city is not paying the majority of the bill. I think there is an argument to be made that some money from the city should be put into this. I would have had significant problems if we were paying for the majority or paying for all of it when I think this is something that is incredibly beneficial to the mall, and I also think beneficial to AHS and their properties that they have there,” Knack said in an interview with Postmedia. “These are individuals who might have different mobility needs, using wheelchairs, walkers and scooters, and they need a safe way to cross over a major arterial road.”

When the bridge was torn down in July 2018 due to its rapid deterioration, there was much debate about who would foot the bill for a replacement. West Edmonton Mall tore down the bridge after the city issued a development permit with the condition that it be reconstructed within three months. The mall then appealed the order and the two parties agreed they would share the costs and take more time to design the replacement bridge.

Removal of the bridge resulted in lengthy detours for residents, including seniors with mobility issues, to cross 170 Street. The closest at-grade crossing was the busy intersection at 87 Avenue. A temporary pedestrian crossing was installed at 90 Avenue in the fall of 2019, but Knack said this was a quick, interim solution and won’t cut it for the long term as there are serious accessibility issues.

The new bridge won’t be exactly like the original developed in 1985 and will sit a bit further south, closer to 87 Avenue. It will be made of steel instead of concrete and will be manufactured mostly offsite to minimize construction disruptions in the area.

If the funding is approved by council, construction is scheduled to begin by the fall with an opening in late 2022.