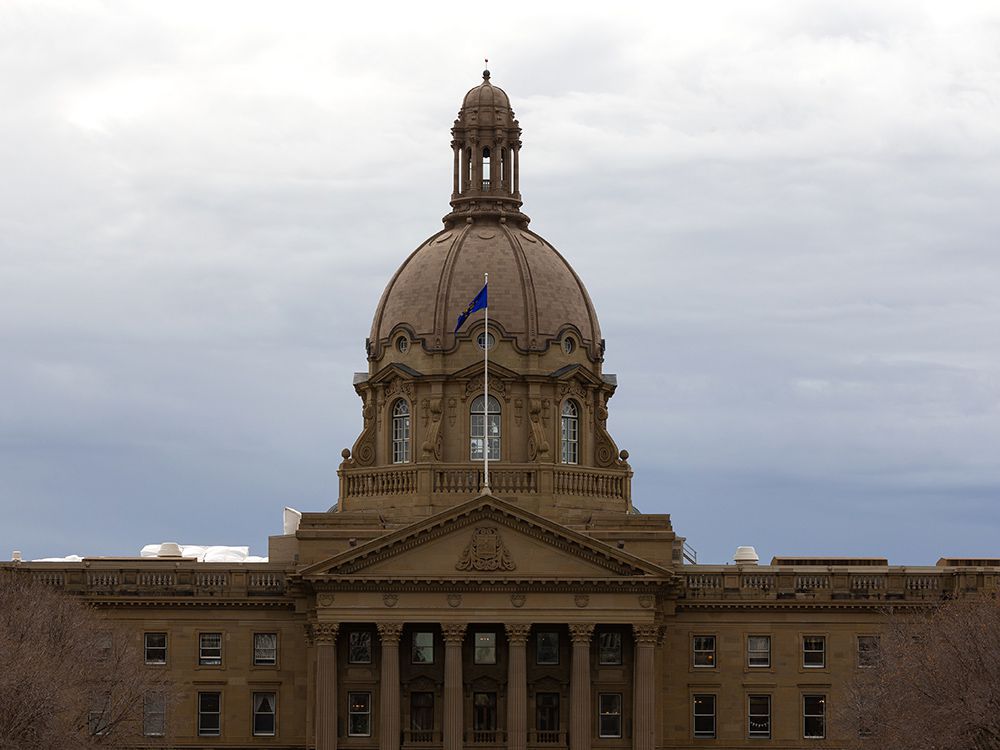 The decision was made after Government House Leader Jason Nixon consulted with the official opposition and advising Speaker Nathan Cooper that the move is in the public interest, said a government press release issued Sunday afternoon.

“With COVID-19 continuing to spread across Alberta, the Government has determined that having MLAs return to Edmonton from all over the province after constituency week is no longer prudent,” said Nixon in the release. “Suspending proceedings is the right thing to do as case counts increase. We continue to strongly encourage all Albertans to follow their local health guidelines and get vaccinated when it’s their turn.”

The provincial cabinet will continue to meet virtually and legislative committees will proceed virtually. The suspension is set to last until May 17.

The government said the suspension is solely based on rising case numbers, not based on any confirmed cases among MLAs.

The decision comes a day after Alberta on Saturday recorded its highest daily case count since the pandemic began with 2,433 new infections. There were 22,504 active cases in the province, also a record high.

Premier Jason Kenney has faced scrutiny from multiple sides recently in response to his government’s handling of the pandemic. He unveiled new measures last week in hot spots across the province, including in Edmonton. Healthcare professionals and the opposition NDP have criticized those moves for coming too late and doing too little while members of his own party have questioned the effectiveness of public health measures.

In response to the temporary closure, the NDP accused Premier Jason Kenney of fleeing from scrutiny around his response to the pandemic. A Sunday release from the official opposition called the move “cowardly.”

“The first item on the agenda for Monday must be an emergency debate on Jason Kenney’s failing pandemic response,” said NDP Leader Rachel Notley in the statement.

Members of the NDP caucus are scheduled to address the media Sunday afternoon.

The latest COVID-19 cases are also expected to be released later today.