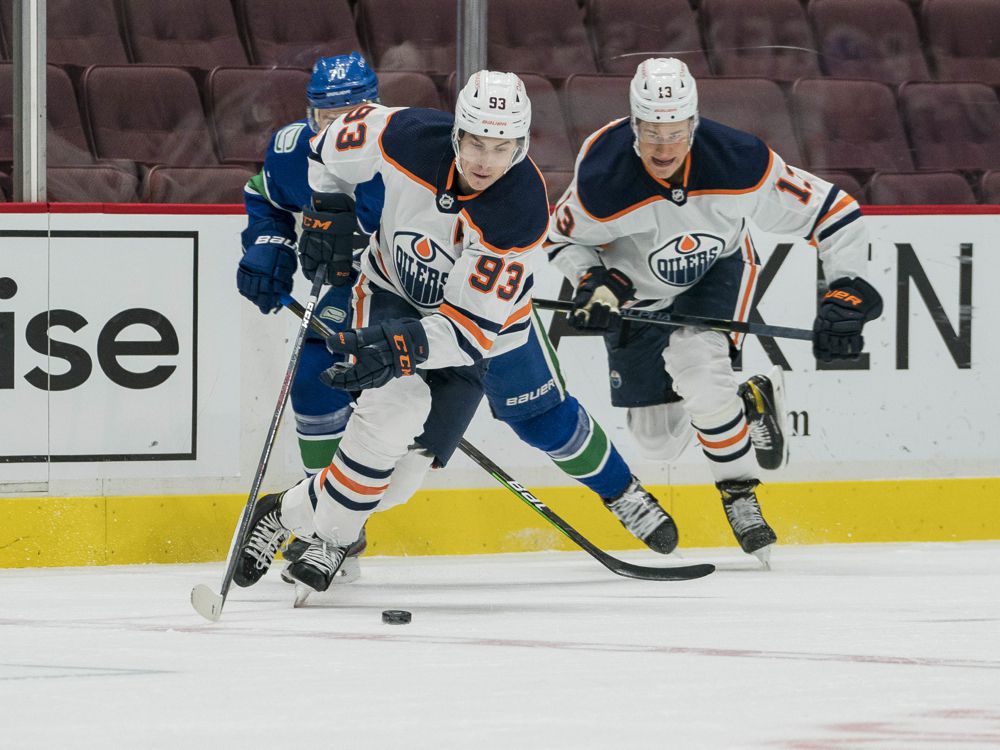 This in from TSN’s Ryan Rishaug: “Sounds like the Oilers and RNH camp will resume talks in the next few days. Previous negotiations were back and forth in the 6 to 6.5 million dollar range on a long term deal when talks broke off.”

1. Ryan Nugent-Hopkins is a valuable Swiss Army knife of a hockey player, strong on the power play and penalty kill, useful at even strength. He’s also a beloved member of the Oilers, with a huge fan base, the longest serving member of the team, now in his 10th season with the Oilers. But for all that, as his contract talks are set to resume, his bargaining power is at an unexpected low right now, due to his weak even strength point production and the NHL’s bleak financial landscape. This may not be a bad thing for RNH or for the Oilers. It’s best that if he signs here, especially long term, his contract is one that he, the team and supportive but highly critical Oilers fans can live with.

2. RNH is showing himself to be a strong Top 6 NHL winger, one who can get hot when he’s placed with the right linemates, but who struggles to put up points if he’s asked to be the driver on a line, or if he lacks chemistry with his linemates. Defensively, he’s strong when on the wing, but often has struggled in the defensive slot when he’s asked to play centre.

4. Why didn’t things go better with McDavid? RNH is at his best when he’s asking to play a read-and-react game on the attack and when he’s teamed up with players who excel with a give-and-go style. With McDavid, he was miscast as a sniper. RNH can be a wonderful offensive player, as seen by his play on the Dynamite Line with Leon Draisaitl and Kailer Yamamoto last year, two other give-and-go players. But he was miscast as a sniper. For open things, he’s a good shooter, but he’s not a great one-timer shooter. For another, RNH does his best work with the puck, but McDavid tends to dominate the puck. McDavid is best situated with players who a) are strong without the puck (which RNH is as a winger) b) can fire off hard one-timer shots (which Draisaitl can do, but RNH can’t) and c) can deftly handle the puck but don’t need the puck to do their best work (RNH and Draisaitl are both misfits in this category, but Dominik Kahun and Kailer Yamamoto are good fits).