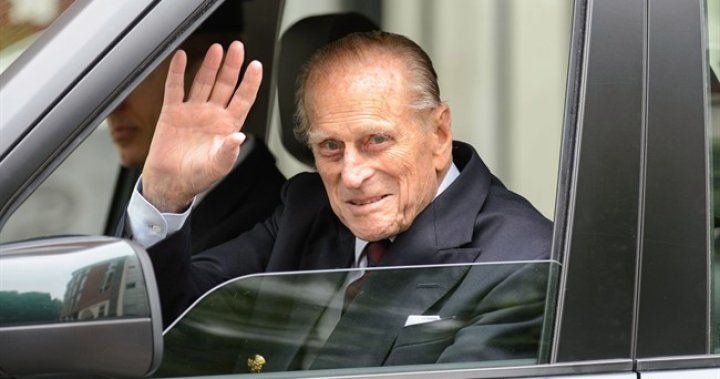 In Prince Philip’s 99 years of life, he credited much of his physical fitness to a program called 5BX.

The 11-minute exercise program received worldwide attention and was created by an educator and researcher from Saskatoon named William Orban.

“He was the Canadian fitness pioneer in the field of physical education and fitness,” Bill Orban said of his late father.

“He wanted to make an exercise that would affect the four major muscle groups, the heart and cardiovascular (system),” Orban Jr. said.

Orban says his father got some royal confirmation that the Prince was indeed a big fan.

“He did say that Prince Philip did touch base with him and asked him some questions on it, but he was a lifer on that program since it came out,” he said.

The program was designed for Canadian Air Force pilots to do routinely without equipment or much space, and it could also adapt to a range of ages and skill levels. Orban said because of this, Prince Philip likely was able to continue the program well into his more senior years.

“He got to a level where he felt comfortable and that became his regular routine five days a week,” Orban explained.

The efficiency and simplicity of 5BX took off, and it sold around 23 million copies in 13 different languages.

“He got quite a bit of press out of it and the university actually hired him,” a former University of Saskatchewan colleague Don Bailey explained. “He became dean of, at that time, physical education.”

Orban says his father devoted his entire life to the study of the body and physical fitness.

“He practiced what he preached,” Orban said. “He jogged every day and he walked everywhere.”

Bailey said it was clear to everyone from the beginning what Orban’s life purpose was.

“He was very much an evangelist in terms of physical fitness,” Bailey said. “Which in those days was really a foreign concept.”

With the booming popularity of Orban’s simple but effective exercise, Prince Philip was just one of the millions to benefit from his groundbreaking program.

Previous articleCOVID-19: Variants make up nearly 60% of Alberta's active cases with 1,332 in last 24 hours
Next articleEmergency House of Commons debate on COVID-19 devolves into finger-pointing