Some fans of the Edmonton Oilers like to complain about the extra one or two million paid to players like Mike Smith, Mikko Koskinen, Zack Kassian, Alex Chiasson and Kris Russell, money these fans believe is over and above the true value of such players.

Whether these are fair complaints or not (and some of them are and some of aren’t), the fact is that Edmonton fans have little to complain about compared to fans in Buffalo, Florida, Chicago and St. Louis.

When we look at the scariest contracts in the NHL, no Oilers players is on the 2020 list, save for James Neal, who signed his five-year deal in Calgary, and had something of a bounce back season in 2019-20, scoring at near peak levels. Whether or not Neal can keep that up is another question, which is why he’s on the list, as he’s being paid like a winger expected to score like a first or second liner at his peak.

Neal ranks 15th on the list of scariest contracts in the National Hockey League heading into the 2020-21 season.

The other Oilers connections here are sixth ranked Milan Lucic, who was a Peter Chiarelli signing in Edmonton in that infamous day of July 1 2016, when a handful of scary contracts were handed out, with underachievers Lucic, Louie Eriksson, Andrew Ladd, Frans Nielsen, Kyle Okposo and David Backes all inking major deal that day. Nielsen was signed in Detroit by current Oilers GM Ken Holland, who we can hope learned his lesson, though there’s rumour that Holland just offered goalie Jacob Markstrom a seven year, $35 million deal. 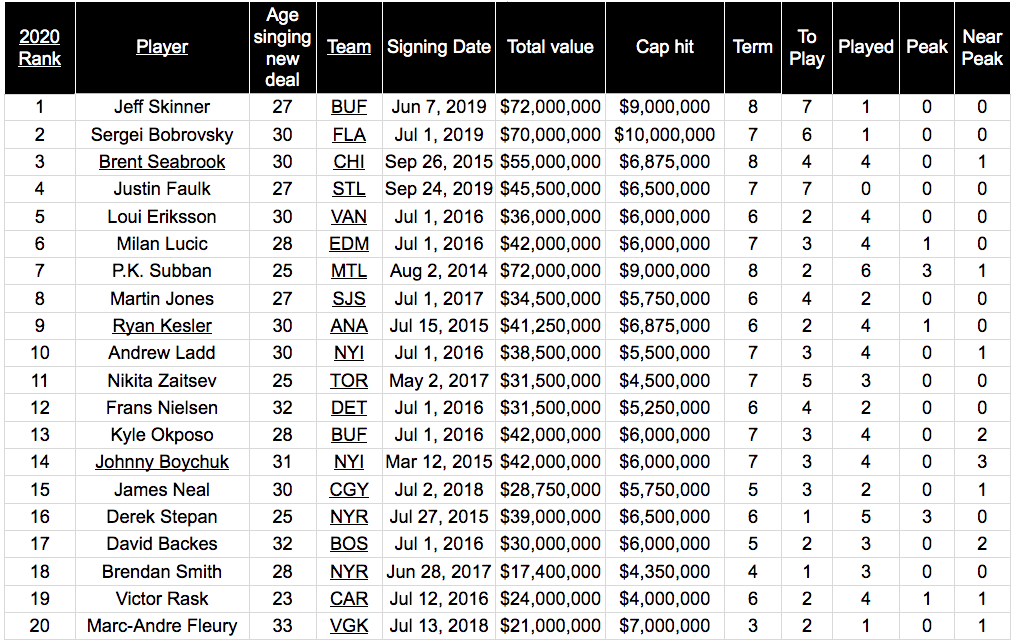 As for the top of the list, here’s my take on the very scariest of deals:

These aren’t the only iffy-to-bad contracts handed out since the 2012 lock-out. Here’s 30 more deals, which have now run their course, which didn’t go well. Ken Holland is in the middle of two of them, paying far too much for Justin Abdelkader and Stephen Weiss. 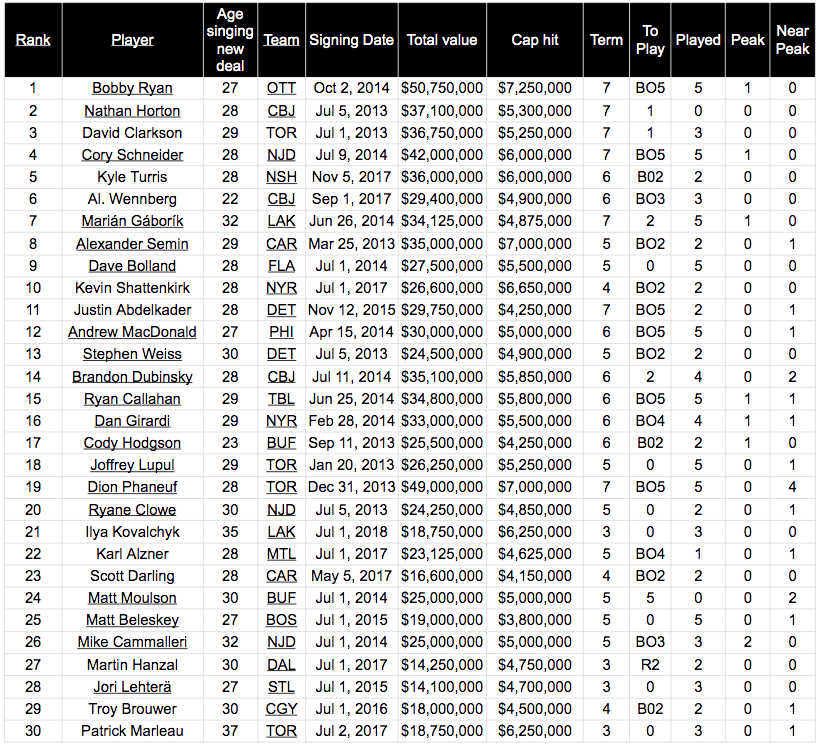