This in from Edmonton Oilers coach Dave Tippett on power forward Zack Kassian, as reported by TSN’s Ryan Rishaug: “Tippett asked by Matty (Jim Matheon of the Edmonton Journal) about Kassians two minor penalties this year ‘Yeah we’d like to see him get a bit more engaged in games, that’s kind of an understatement.’”

And this in from Jack Michaels of the Edmonton Oilers broadcast team, news that goalie Mike Smith is likely to start in net for the Oilers against the Ottawa Senators today, while Gaetan Haas wasn’t on the ice.

The Oilers quoted Smith saying: “I’m really excited to get back in the net. I feel like I’m in a good spot mentally and physically.”

Last time he faced the Oilers, he was pulled after giving up 3 goals on 9 shots. This will be a big test for him and the improved Sens defence.

1. Kassian has struggled to make an impact in games. He’s not getting much done on the attack, or in a physical sense. Worse, he’s giving away the puck too much. Perhaps Kassian is the kind of player who needs a kick in the butt now and then. We can now check that off Tippett’s “to-do” list.

2. Since Leon Draisaitl was taken off the line with Connor McDavid and Zack Kassian, and then Kassian was soon taken off McDavid’s line completely, Kassian’s scoring has dried up. In 39 games in the first three months of the 2019-20 season, Kassian had 27 points in 39 games. Since that time he’s had 10 points in 32 games.

3. Mikko Koskinen’s save percentage of .889 ranks him 38th out of 50 NHL goalies who have played at least four games. That’s not close to good enough, as we all know. Mike Smith had hot streaks and one extreme cold streak last year, seemingly related to his physical health. If Smith is indeed healthy he can provide quality netminding. The Oilers could also use a momentum shift right now, as the entire team looked somewhat stale against Calgary. Smith will provide that.

4. No goalie has played more minutes than Koskinen this year. He’s at 709 minutes. Next most is John Gibson of Anaheim at 604 minutes. Koskinen could use a break here. He’s never played that well when he’s been asked to be the workhorse for a team.

5. Of course my preferred momentum shift would have been reuniting the Dynamite Line of Ryan Nugent-Hopkins, Leon Draisaitl and Kailer Yamamoto for reasons I make clear in this post. Essentially RNH has been miscast as a sniper on the top line with Connor McDavid, and Draisaitl has given up being a sniper on the second line with Dominik Kahun and Yamamoto. After getting In 93 Grade A even strength shots and 27 goals in 71 games last seaosn, Draisaitl has just two Grade A shots and two goals in 13 games this year.

6. Gaetan Haas obviously isn’t Connor McDavid or Leon Draisaitl but he’s a key part of this team, especially with all the other centres on the team struggling. Kyle Turris’s iffy defensive play, in particular his weak slot coverage, has earned him a spot in the stands for a few games, but that won’t happen with Haas out. He’s now been placed on Injured Reserve and Tyler Ennis has been recalled from the taxi squad to the active roster.

7. Ethan Bear also remains out — and his absence is being felt. There was far too much chaos in the top-pairing of Darnell Nurse and Tyson Barrie against Calgary, as the tendency to roam and freelance that both players possess to some extent was all too evident, with a number of weak positional decisions leading to goals against.

Wilkins also reported that Smith says he feels great, saying his injury was “kind of a weird one. It only affected me in certain movements.” 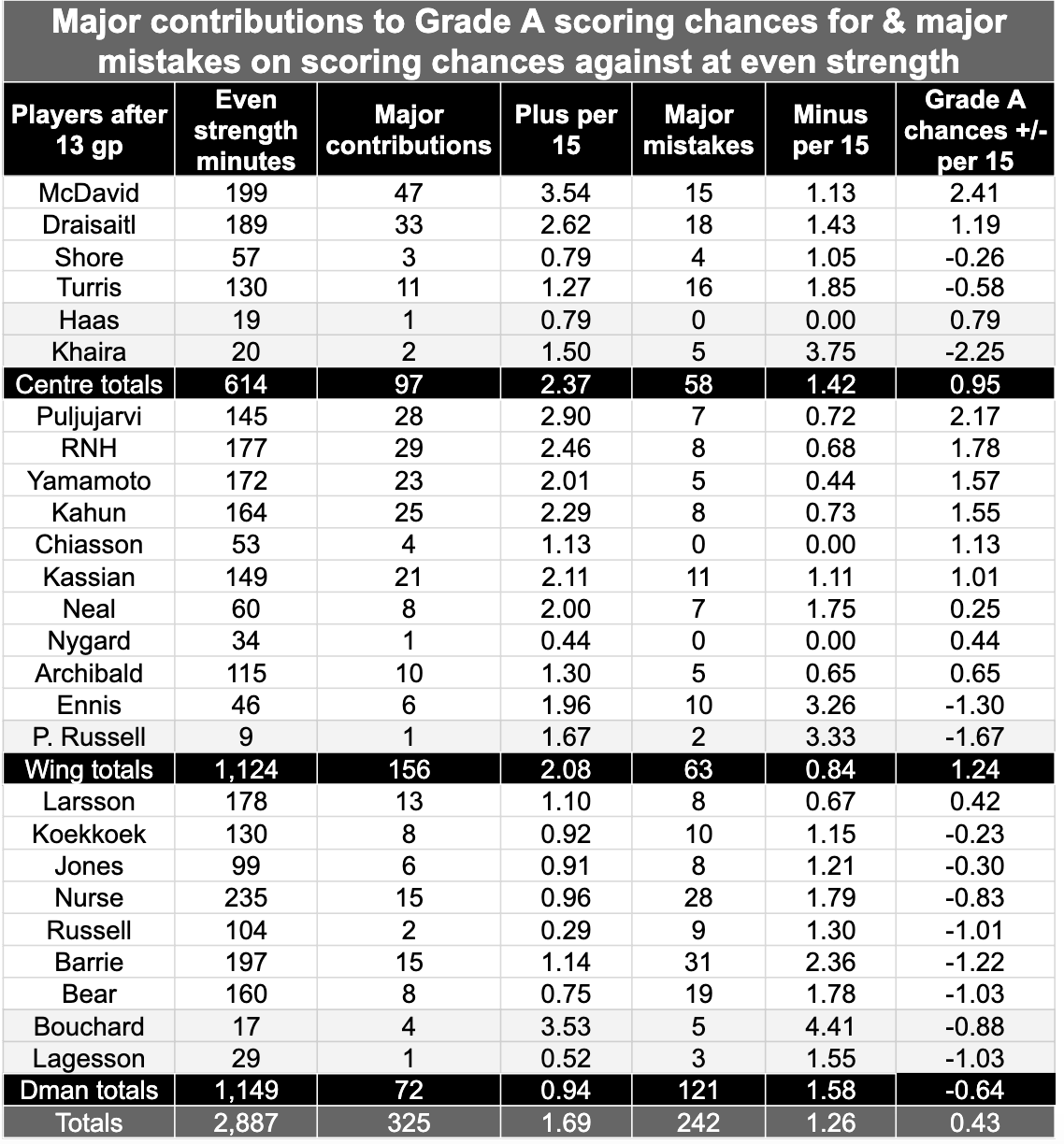 Previous articleMysteries of the Edmonton Oilers revealed: Why Leon Draisaitl's even strength goal scoring has dried up
Next articlePlayer grades: Mike Smith and Edmonton Oilers grinders come up big in win over Ottawa Senators