This in from Bob Stauffer, host of Oilers Now, Edmonton’s new lines and d-man pairings for today: 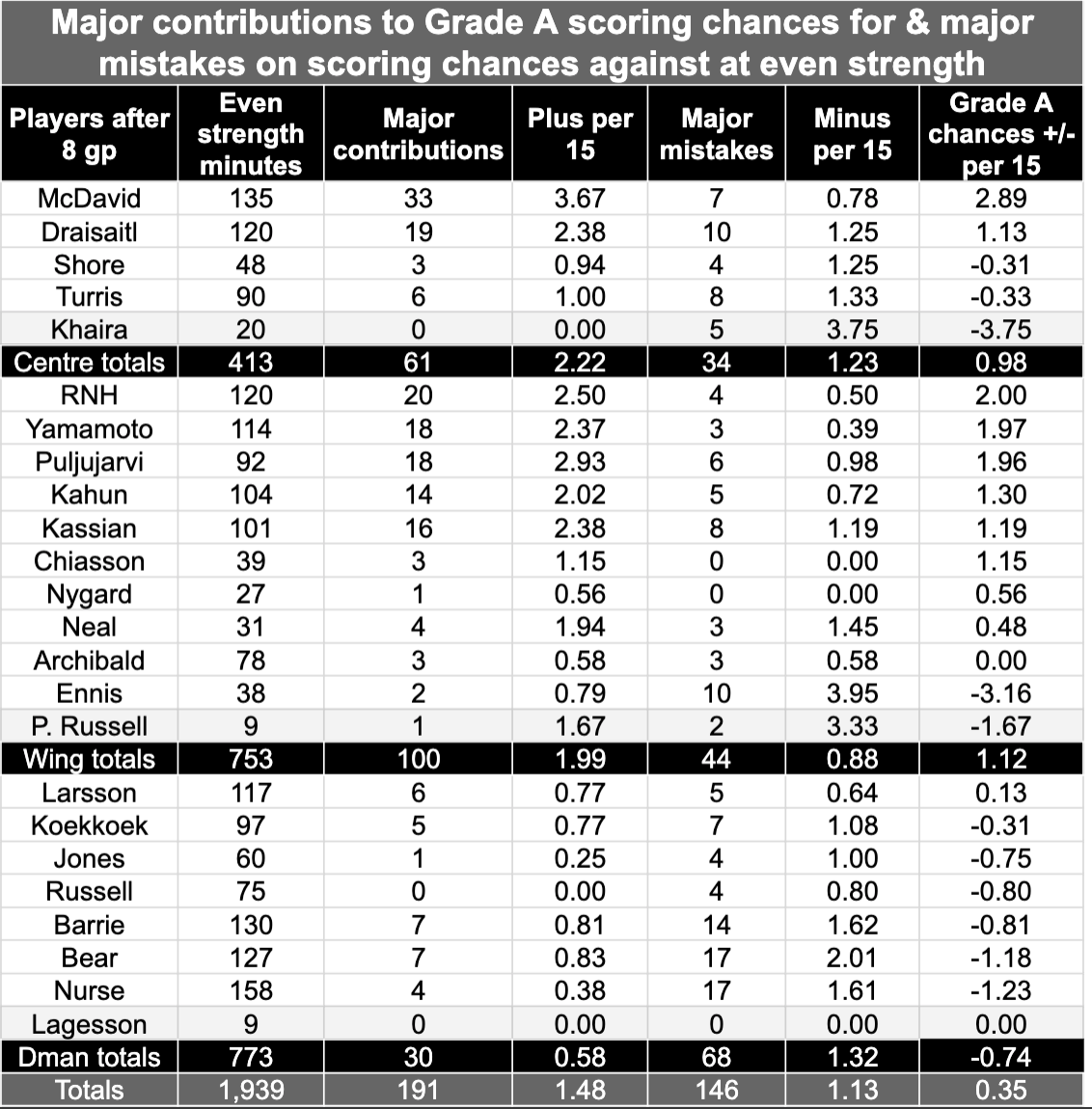 1. Koekkoek has been getting the job done at even strength, is a reliable puck mover on the attack and has held his own on defence. It makes sense that he get back into the line-up. Kris Russell had been strong on defence for the Oilers until the 6-4 loss to the Winnipeg Jets, where he lost a few battles and was part of the team leaking a few goals against. At the same time, the team also needs better puck-moving, so going to Koekkoek seems an obvious move.

2. Joakim Nygard replaces Patrick Russell in the line-up. Russell is strong on the forecheck, but Nygard is a faster player, better with the puck and just as strong on defence.

3. No Dynamite Line yet, but the top line looked much improved in the last two games with the promotion of Jesse Puljujarvi and the demotion of Zack Kassian. The Draisaitl Line has been OK, but it’s time that Dominik Kahun not just get dangerous shots on net but actually puts one or two into the net.

4. A huge key to the game is the defensive slot play of Kyle Turris and Devin Shore. The Oilers have been leaking goals against in part because the team’s third and fourth line centres have been weak in their own zone, especially in defensive slot coverage. Gaetan Haas is strong at this task so I expect him back in the line-up as soon as he’s healthy but between Turris, Shore and Jujhar Khaira, Edmonton needs one more responsible defensive centre. Turris and Shore have been iffy so far, but perhaps one of them will step up, focus on defensive slot coverage and solve a major problem for the Oilers.

5. Khaira is also out for Shore, no surprise as Khaira struggled again against Winnipeg. Not sure when we’ll next see Khaira who is at a low point in his performance for the Oilers. He is struggling carrying the puck. I can’t read his mind but he looks tentative playing the puck, as if he’s more afraid of making a mistake than keen to make a good play. As a long-time fan of the player, I’d encourage him to go after that puck likes he owns it. If he’s going to fail, he might as well fail while trying to make something good happen for himself and the team. Would that make sense?

6. Edmonton’s best fourth line of the year was Shore, Archibald and Alex Chiasson against Toronto but the Oilers are going with Nygard over Chiasson for now.

STAPLES: Mysteries of the Edmonton Oilers revealed! On our bad feelings about Adam Larsson and the PP

Previous articleThe Edmonton Oilers were never going to be as good without their best Defenceman
Next articleThree to See Friday: Blu Smith, The Look and Fallen Angels