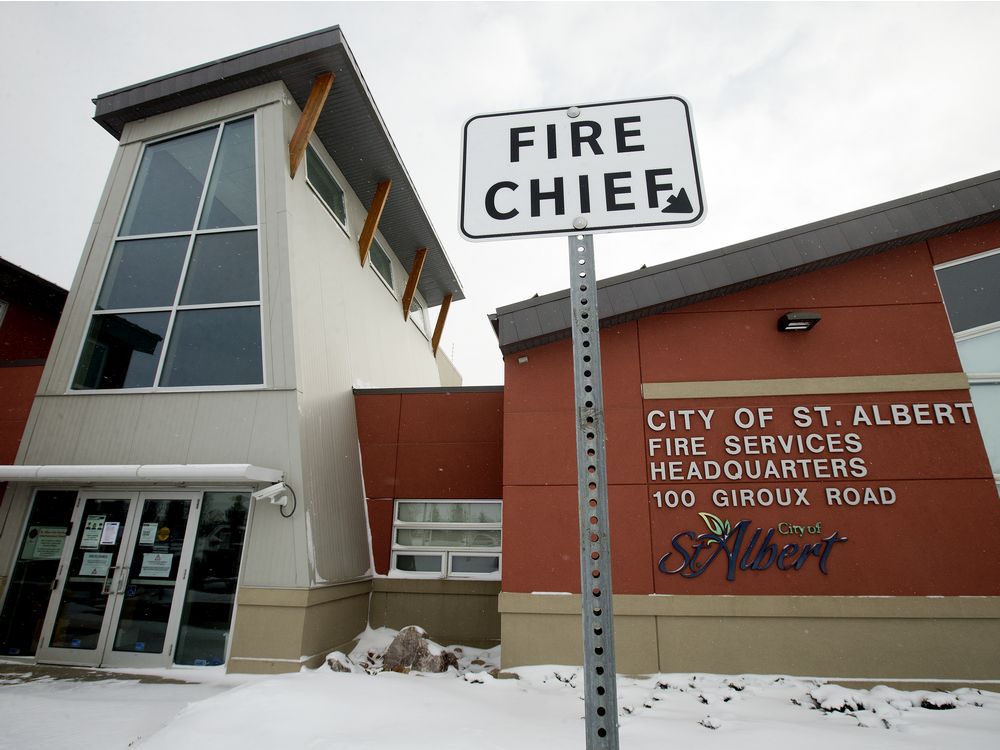 St. Albert has replaced the head of its fire department for the second time this year, days after members passed a vote of non-confidence in the acting chief.

IAFF Local 2130’s 116 members were asked in an email vote whether they had confidence in acting Chief Scott Wilde to lead the department at the end of May, an email obtained by Postmedia shows. The union confirmed Wednesday the vote passed and the results were given to the city.

Deputy Chief Vern Elliott was temporarily appointed to the acting chief position on June 2, replacing Wilde, according to an email obtained by Postmedia sent by top city administrator Kerry Hilts.

“We are continuing to work through impacts in the management team of emergency services and balance the needs of the corporation and employees,” Hilts wrote in the email.

“We would like to thank Scott Wilde for his acting chief/leadership and appreciate his efforts to identify and resolve financial hurdles that are facing the city over the next few years.”

The vote is the latest development in months of turmoil in the department’s leadership.

Wilde had only been at the helm since February. He took over Chief Bernd Gretzinger’s duties following Postmedia’s report that at least two of the department’s top brass allegedly jumped queue to get a COVID-19 vaccine.

The City of St. Albert has declined to explain both Gretzinger’s and Wilde’s departures. Spokesman Cory Sinclair only confirmed both men still hold leadership positions.

Wilde did not respond to a request for comment.

Elliott is tasked with doing “engagement” work in his new role, according to Hilts’ email, including hearing employee feedback and working with the union to ensure the collective agreement is followed. His term is expected to run until July 4 when it will be reassessed, the email says.

IAFF Local 2130 president Warren Gresik said in his 17 years with the union there’s never seen a vote like this.

“I think the people spoke with their votes,” he said Wednesday.

Gresik declined to say by what margin the vote passed, but he said more than 80 per cent of the membership participated.

He was reluctant to weigh in on what triggered the action because the motion was sparked by a member, not by leadership, at a May union meeting. Gresik said the union hasn’t take a position on the issue and didn’t tell members which way to vote.

“Our key messaging to the employees before they (made) the vote (was) not to make irrational emotional decisions on a vote, but to make concrete, objective, justified decisions,” he said.

Mayor Cathy Heron told members of a St. Albert Facebook group in February the city was looking into allegations of vaccine queue-jumping but did not return a recent request for comment on the state of the investigation.