In a few weeks, the annual migration that is the province’s moving day will take place in Montreal, where trucks crammed with belongings will line one-way streets and thoroughfares as residents play musical chairs with apartments across the city.

The event, which unfolds on Canada Day, is usually a delicate negotiation of Montrealers moving into their new abodes and arranging schedules so as not to block one another off on spiral staircases.

But a housing crisis characterized by quickly rising rents and a shortage of apartments — worsened by the challenges of the COVID-19 pandemic — could leave renters scrambling this year.

Project Genesis, a community organization in the city’s Côte-des-Neiges neighbourhood, is slammed helping tenants navigate different housing problems. This includes discriminatory practices, the conditions of apartments and, as seen more and more in Montreal, evictions under the pretext of renovations to bump up rent.

Saray Ortiz Torres, a community organizer for the group, explained that some people are currently left with a tough choice: either taking on leases they can’t afford, or being forced to stay put because there simply aren’t enough apartments available.

“People deserve to live in dignity,” she said, adding that the responsibility to have more affordable and available housing options shouldn’t fall on those struggling to find a place to call home.

In the city, vacancy rates have improved a little over the past year after hitting a historic 15-year low in 2019. The Canada Mortgage and Housing Corporation (CMHC) reported that the rate moved up to 2.7 per cent for the Greater Montreal Area in 2020.

That is mostly due to the pandemic, which prompted a drop in immigration and forced the city’s four universities to move online with few exceptions. The report found a lack of students freed up bigger apartments in 2020.

The demand for short-term rental units also plummeted in Montreal, according to CMHC, as travel restrictions came into effect.

While some Montrealers may have a bit more choice, the same report also found that prices jumped, with average rent in the region going up by 4.2 per cent last year — the biggest increase since 2003.

That jump has prompted calls for better rent control, laws to protect tenants and more social housing. In April, hundreds took to the streets in the Parc-Extension neighbourhood to demand change. The following month, renters facing “renoviction” held their own demonstration.

There are initiatives to address both the condition of current housing and the shortage, but local organizations say more can be done. The City of Montreal, for example, has pushed for measures to ensure developers make room for social housing in new buildings. Earlier this month, the federal and provincial government also announced $100 million to renovate existing affordable housing in Montreal.

Ortiz Torres says that while the vacancy rate isn’t quite as low in Montreal now, residents are dealing with the added challenge of steep leases in what has long been lauded as a renters’ city.

There is also social housing across Montreal neighbourhoods, but she says an affordable unit for a household that makes less than $36,000 per year is also hard to find — the vacancy rate sits even lower at 1.5 per cent.

“There are more apartments available, but they’re not affordable for low income people,” she said.

The Housing and Job Resource Centre (HOJO) run by the student union at Concordia University is also assisting students and city dwellers navigate the apartment shortage and higher rents.

Cecilia Marangon, an assistant at HOJO, described the current rental market as “truly not easy” but said there are still options available. She acknowledges how hard the health crisis has been for some people, especially those who lost their jobs due to shutdowns.

“Nobody could imagine that,” she said, referring to the length and impact of the pandemic.

Marangon recommends students and all potential tenants to explore Montreal for their next apartment. Most neighbourhoods have what you need, she added.

“You don’t always need to actually overpay something just to be downtown because you can reach your campus or your workplace easily through the metro lines, for example,” she said.

This can also help with budgeting as rents are on the rise. Marangon suggests keeping all expenses in mind before signing a lease since costs can quickly add up.

“It’s better not try to to settle too fast,” she said. “In any case, it’s important for everyone to know their rights in writing and have them respected.”

The City of Montreal also cautions tenants about the difficult market on its website. It suggests Montrealers avoid breaking or ending a lease without first securing a new apartment due to fewer available housing units at the moment.

Over the past year, the city has quietly emptied out due to the pandemic as work-from-home orders came into effect. One of the challenges that COVID-19 has brought to an increasingly tough apartment market is a lack of in-person social interactions and meetings.

Project Genesis and HOJO, like many offices, have moved their operations online in order to keep staff and clients safe.

Ortiz Torres says there still has to be space to accommodate tenants who don’t have access to the internet or phone. Some simply walk in or show up to their office, because they have no other way to seek assistance.

“We have adapted quite quickly, but it has been definitely challenging,” she said.

That kind of access, or lack thereof, has also proven difficult for those are searching for apartments. Many are listed online, but they are quickly snatched up and leave little options for those without internet at home, she said.

The pandemic also means that some people simply cannot go to an apartment up for rent in-person, whether it is because they are limited to virtual tours or due to health restrictions.

In that case, Maragon suggests that tenants try to do online or video conferences in order to closely examine a potential home. Ask to see windows, pipes, and other parts of the apartment. Inquire about the building’s history and any kind of infestations too before signing a lease, she adds.

“It’s perfectly understandable that no one wants to risk their health looking for an apartment,” she said.

The health crisis has also compounded some housing advocacy groups to physically reach out to tenants.

With COVID-19 safety measures in place, Project Genesis has had to significantly scale back its door-to-door outreach in “problematic” buildings or places with known housing issues.

Some workshops have shifted online and they work well, but it doesn’t help those without internet access.

“We knock on doors and talk to people about their housing conditions,” Ortiz Torres said.

“But because of this pandemic we’ve had to stop doing that — except in emergency situations.”

Moving day in Montreal has always been hectic, but the pandemic has added another layer of challenges as the annual event looms, she added.

But community organizers say tenants should still reach out to their local housing advocacy group if they need assistance or advice, whether they are dealing with subpar housing conditions or the less-than-ideal apartment hunt.

Marangon says that HOJO mostly deals with Concordia students, but that the resources they offer are available to help Montrealers in a bind.

“We will answer them in the best delay possible, whether they are students or not,” she said. 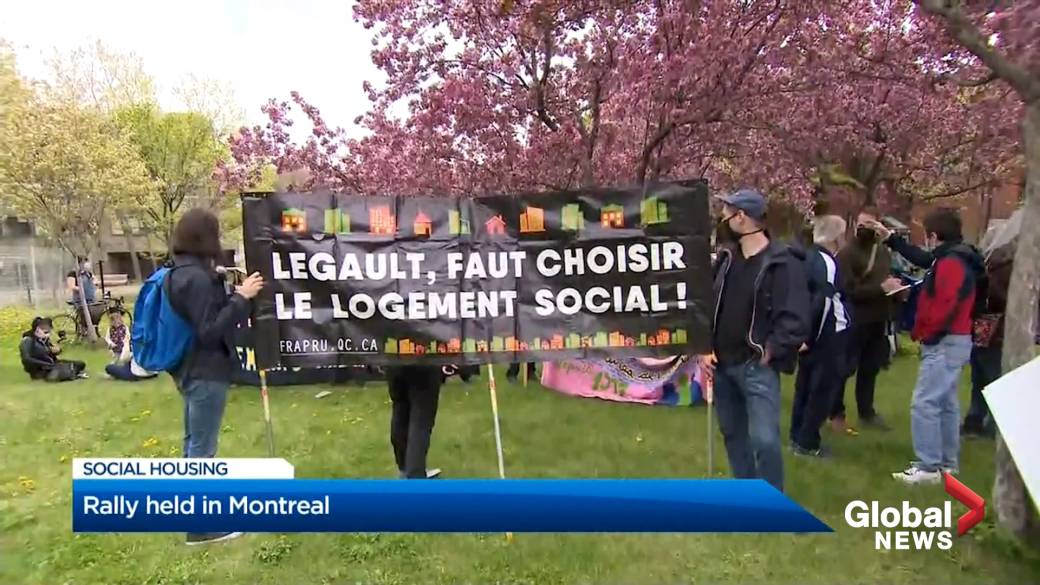 Previous articleEdmonton Oilers the first NHL team in 35 seasons to accomplish rare scoring feat
Next article‘This is big’: Experts concerned that COVID-19 fears could lead to tsunami of cancer cases