Warning: This story contains content that may be disturbing to some readers. Discretion is advised.

After her teenage daughter died by suicide, a New Brunswick mom is embracing support received on social media. And she’s calling for change.

Sixteen-year-old Lexi Daken died by suicide on Wednesday. Her mother, Shawna Betts, took to Facebook the next day in an outcry, saying the health care system failed her daughter.

Lexi, who was a Grade 10 student at Leo Hayes High School, was taken to the Doctor Everett Chalmers Regional Hospital on Feb. 18, after a guidance councilor noticed mental health issues. It took eight hours for Lexi to be assessed by a mental health professional.

According to her family, after those eight hours a nurse told Lexi that calling a psychiatrist would take another two hours.

The family said Lexi felt like a burden after she was asked something along the lines of, “Are you really going to make us call them?”

Lexi went home that night, receiving no immediate help. Less than a week later, she died.

“I was angry too. A lot of that was anger, when I posted that,” Betts said.

“I’ve kind of gone through some of the stages of grief, like the shock and trying to negotiate with anything to get her back. And then I got to the anger stage and did the post.”

Shawna says she soon became aware of how often a tragedy like this happens.

Having received hundreds of supportive messages, Betts said she is glad attention was brought to the mental health care system.

“It’s not just a problem, it’s completely failing. If you send somebody who is going to commit suicide home, and they commit suicide, it’s failed,” she said with tears in her eyes.

“My little girl is gone, and I don’t want her death to be completely in vain.”

Lexi’s older sister Piper says she is happy that so many people have shared her mother’s post.

“I have so many friends, who have brothers and sisters and aunts and uncles and grandparents and everything, who suffer from mental illness. And they’re not getting the help,” Piper said.

Her sister’s death hasn’t sunk in yet, she said.

In a statement, he said the district is doing everything they can to support her family and the Leo Hayes High School community.

“As part of our support plan, we have a team of staff from the school and the district, who are providing additional counselling and support to students and teachers. Parents have received information from the school on how to work through loss with their children.

“We know that times like this can be extremely difficult, and in the days ahead we will continue to be available to those who need support.” 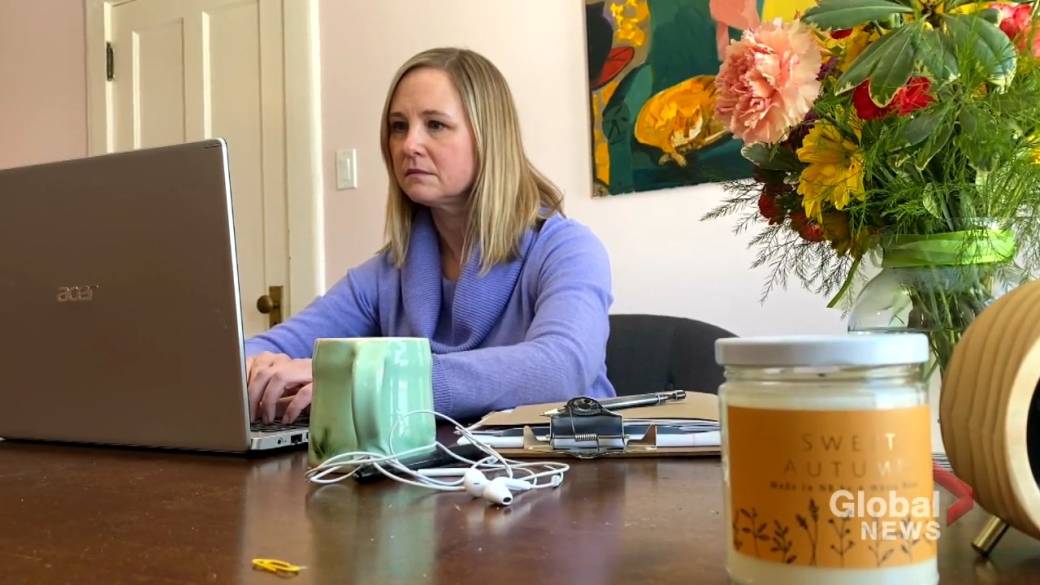 Piper said Lexi was the kindest person she knew. She said she loves all memories she has with her sister.

“I’d just pick her up sometimes in the middle of the night and we’d go to McDonald’s together… and we’d just talk about school, and we’d talk about her boyfriend,” she recalled, holding back tears.

“We’d talk about the future.”

Piper said she noticed a change in her sister last summer when Lexi stopped going to softball practice. She says Lexi felt better when she was occupied.

“The more we hung out, the less worried I was about her, because I think, you know, I’m around her and she knows that she has me to talk to about her problems,” Piper said.

“When she told me that she wasn’t going to see the psychiatrist, I got really upset because the night before we went out and she told me how much she was struggling.

“I feel like that was her last cry for help, going to the E.R.”

Back in November, Lexi overdosed for the first time. She called 911 herself.

She was staying with her father Chris at the time.

“She had told me she had called because she was scared that I would have been the one to found her, and she didn’t want me to find her if she had done anything,” said Chris Daken.

Daken said he was able to get some counselling services through his work after that incident and was waiting for a referral.

“But we never, ever did get a call from Mental Health regarding Lexi.”

Read more: Alone and Apart: Canadians are feeling lonelier than ever

Chris said the pandemic limited the structure she needed in her life.

“She’s a kid that when she did something she did with 100 per cent effort,” he said

“Like every project she did for school, it had to be above and beyond what any teacher would ever ask her. So that kept her busy, kept her focused.

“With the pandemic shut down, it just kind of … I think it gave her too much free time.” 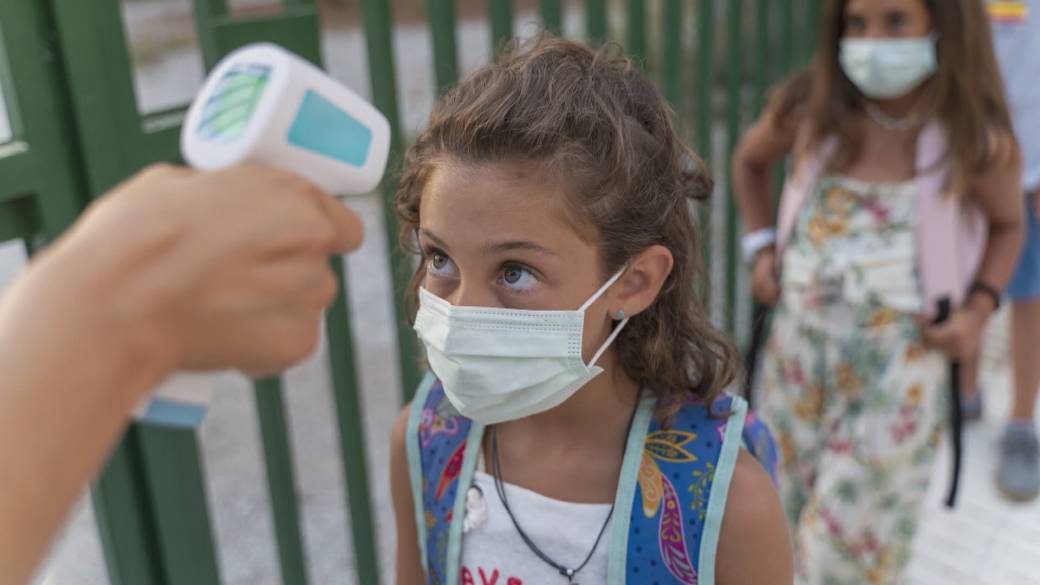 3:43Health Matters: The ripple effect of the COVID-19 pandemic on families

However, her family says Lexi never let it show that she was hurting.

Now, Betts and her family want Lexi to be remembered by her good spirit.

“I want her remembered for the person that she was before this, the happy go-lucky kid. Like my dad said, she always had a smile on her face,” Piper said.

But more than anything, they want Lexi to be last person who something like this has happened to.

“To any other parent that’s sitting in the ER with their kid, who is waiting hours to see a psychiatrist, and the nurse hasn’t done the consult yet or is hesitating to do the consult, put your foot down,” said Betts.

“Do not let (them) bully you into leaving the hospital without receiving the medial care you deserve.”

Piper said if Lexi had received more help from the nurse she was with in the E.R., the outcome would have been different.

“I know reaching out for help is really hard,” Piper said.

“I think that Lexi was courageous enough to ask for help, and being denied that and being made felt like a burden was really rough. And it’s hard for anybody to feel like that and especially somebody who was struggling with mental illness.”

Piper says it’s not just about the nurse or the doctors.

“I think the whole system needs change. We need something better for people who are suffering mental illness.”

Read more: N.B. psychologist forced to turn people away because practice is over capacity

After thousands of people rallied for Lexi and her family on social media, their story became noticed by provincial authorities.

Minister of Health Dorothy Shephard said Lexi’s death was a “devastating tragedy,” in a statement to Global News.

“Anyone who has taken a loved one to the hospital for help and left feeling hopeless can commiserate with the pain this family is experiencing. Many people are feeling overwhelmed by raw grief, anger, despondency and hopelessness right now.”

Shephard says she encourages New Brunswickers to surround those who are hurting with love, compassion, and hope.

“We must recognize that every day we leave a system in place that does not speak to the needs of our people, we lose an opportunity to heal,” she said.

“It is time to fix this broken system and truly address the needs of all New Brunswickers.” 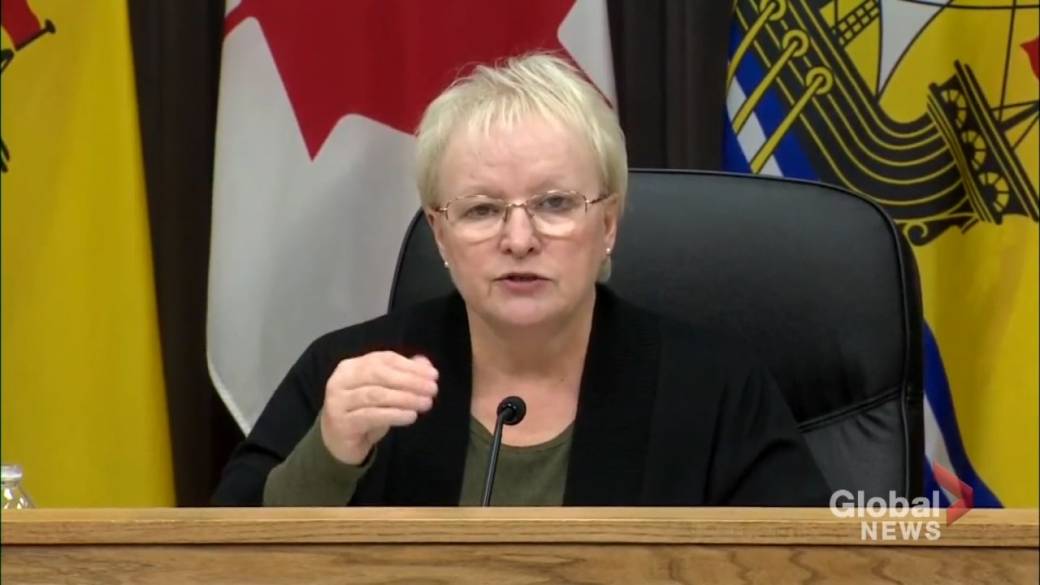 Jean Daigle, vice-president of community at the Horizon Health Network, has offered condolences to the family.

“This situation is nothing short of a tragedy,” Diagle wrote in a statement to Global News.

“As with other matters of this nature, Horizon will be reviewing our internal processes to determine where improvements could have been made.”

“I offer my deepest condolences to her friends, to her family at this tragic time,” Higgs said.

“We all want answers to ensure what happened in the last few days does not happen again. We know we have to do better in our province to fix a system that lets down too many in their time of greatest need. And we will do better.”

Higgs said he is confident there are experts who can help the province get a system that works for all.

“If I can help one family avoid the pain that me, and Chris, and our other four kids are feeling, and her boyfriend and her friends, and her grandparents, and her aunts and uncles, all the pain, all the people that love Lexi – if we can help save one other family from this, then it’s all worth it.”

If you or someone you know is in crisis and needs help, resources are available. In case of an emergency, please call 911 for immediate help.