‘This situation is urgent.’ Why pregnant women are flooding Canadians ICUs

Physicians across Canada are sounding the alarm after seeing an increased number of pregnant women infected with COVID-19 admitted to intensive care units (ICUs).

And these women face a risk of early labour, ventilation and even death, according to a statement posted Tuesday from the Society of Obstetricians and Gynaecologists of Canada (SOGC).

“We have more pregnant women in ICUs than any time in the country or this province,” said Dr. Mark Walker, a high-risk obstetrician and epidemiologist in Ottawa. “The situation is urgent for pregnant individuals to get the vaccine.”

He said currently there are around 13 pregnant women in ICUs in Ontario, but the number is usually three, two, or zero.

The women admitted in ICUs are typically in their second or third trimester and prior to being hospitalized have led typically healthy pregnancies, Walker said.

When they are hospitalized, many of these women suffer from respiratory symptoms, such as shortness of breath and an inability to oxygenate.

This urgent situation is not just in Canada. A study on pregnancy and coronavirus in the United States, for example, said that pregnant women who have COVID-19 are at increased risk of admission to the ICU and are also more likely to require ventilation. 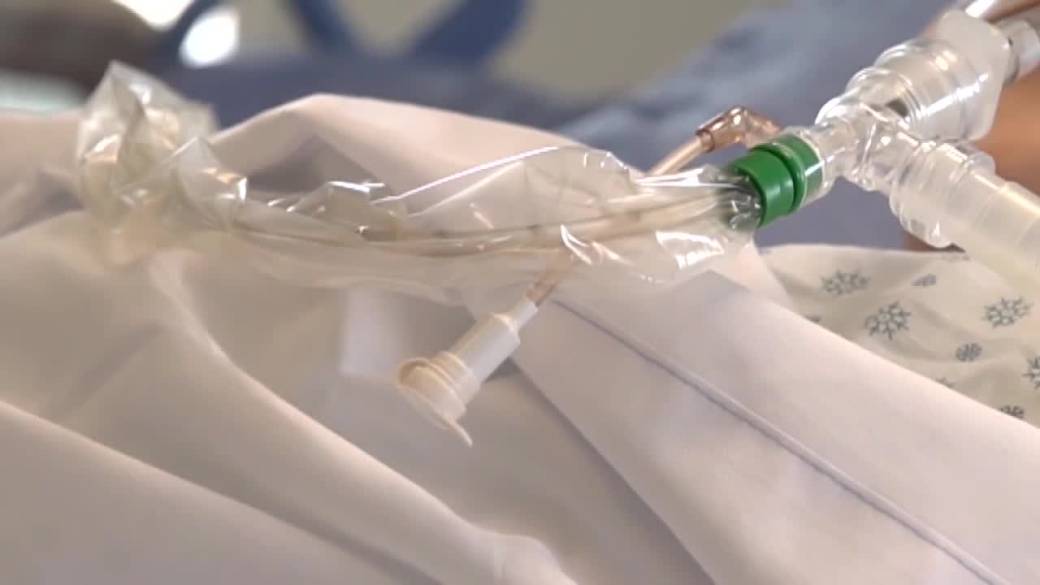 1:34
Pregnant women not a vaccine priority while variants make them more sick

Last week, Brazil warned women to postpone pregnancy until the worst of the pandemic was over, saying that the COVID-19 variants in Brazil have been more aggressive in pregnant women.

“If possible, (the women should) postpone the pregnancy a bit to a better time so that (they) can have a more peaceful pregnancy,” a Brazilian health official said on April 16.

Why are pregnant women more at risk?

Pregnant women with COVID-19 seem to be at greater risk of being hospitalized in intensive care units (ICUs) compared to non-pregnant women in their reproductive years, according to a study published in February by the BMJ.

Walker said they are actually three times more likely to be hospitalized, but with variants circulating around, the number could be higher.

Pregnant women with COVID-19 are also more likely to experience preterm birth and their newborns are more likely to be admitted to a neonatal unit, the BMJ study found.

Dr. Job Barrett, professor and chair of the Department of Obstetrics and Gynecology at McMaster University, said he believes the reason pregnant women are flooding ICUs during Canada’s third wave is because of two reasons: their immune system and a lack of vaccines.

And with the new, more transmissible variants circulating around, he called this “the perfect storm.”

A woman’s immune system changes when pregnant, making the woman more susceptible to influenza and other viruses, like COVID-19, he explained.

“When this virus first hit we didn’t think pregnancy was an additional sort of risk factor for severe disease,” Barrett said. “There were signals but it wasn’t clear. Having said that, I think we were probably fooling ourselves because in every other virus or respiratory disease, pregnant people are more severely affected.” 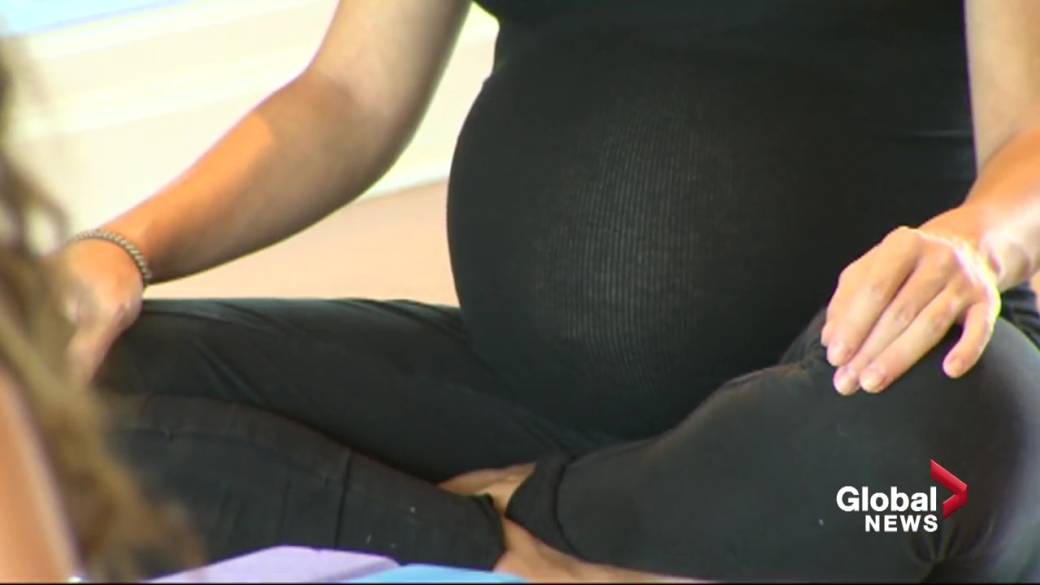 2:07
Pregnant women in Alberta seek changes to COVID-19 vaccine rollout within Phase 2B

The second reason is a lack of vaccinations for this vulnerable population group, Barrett said.

None of the four vaccines approved by Health Canada were tested on pregnant women during clinical trials.

“And then the message came out, well, pregnant women can get it but they’ve got to get a signed letter from their doctor, which you know caused all sorts of barriers to that happening.”

This was the rule in Ontario, but that changed Thursday. The province has moved pregnancy to the “high risk” category for its Phase 2 vaccine rollout plan.

In Manitoba, although pregnant women originally qualified for the province’s vaccine Priority List 1 in March for the AstraZeneca shot, many are not eligible for any coronavirus shot. This is because AstraZeneca is only available for people over 40 in Manitoba, leaving out a huge chunk of pregnant women.

All pregnant women in New Brunswick are now eligible to receive the COVID-19 vaccine, the province announced this week.

Should pregnant women get a COVID-19 vaccine?

The SOGC said it supports the use of all available coronavirus vaccines approved in Canada in any trimester of pregnancy and during breastfeeding.

“For many pregnant individuals in Canada, the risk of being unvaccinated and susceptible to COVID-19 is substantial,” the SOGC said in its statement.

Global News emailed Health Canada asking what the federal stance is on pregnancy and COVID-19 vaccines.

A spokesperson said in an email that the National Advisory Committee on Immunization (NACI) recommends “a complete COVID-19 vaccine series [are] offered to individuals who are pregnant or breastfeeding, if a risk assessment deems that the benefits outweigh the potential risks for the individual.”

“NACI continues to monitor the evidence and this recommendation may change as more evidence on safety and/or efficacy/effectiveness in these populations becomes available,” the email read.

A study published Wednesday out of the U.S. on vaccination in pregnancy bolsters evidence that it is safe, although the authors say more comprehensive research is needed.

The preliminary results are based on reports from over 35,000 U.S. women who received either the Moderna or Pfizer shots while pregnant. Their rates of miscarriage, premature births and other complications were comparable to those observed in published reports on pregnant women before the pandemic.

The new evidence from researchers at the U.S. Centers for Disease Control and Prevention was published Wednesday in the New England Journal of Medicine.

Separately, the American Society for Reproductive Medicine on Tuesday endorsed vaccination in pregnancy, based on evidence it has been evaluating for over a year.

“Everyone, including pregnant women and those seeking to become pregnant, should get a COVID-19 vaccine. The vaccines are safe and effective,” the society said in a statement.

Obstetricians, like Walker, also recommend pregnant women get vaccinated as soon as possible.

He said a big way to help this vulnerable population during this third wave, and even a potential fourth wave, is to decrease vaccine hesitancy and get as many pregnant women vaccinated as possible.

“The benefits of the vaccine are profound and lifesaving. The risks are theoretical at best,” he said.

— With files from Global News’ Miranda Anthistle and the Associated Press