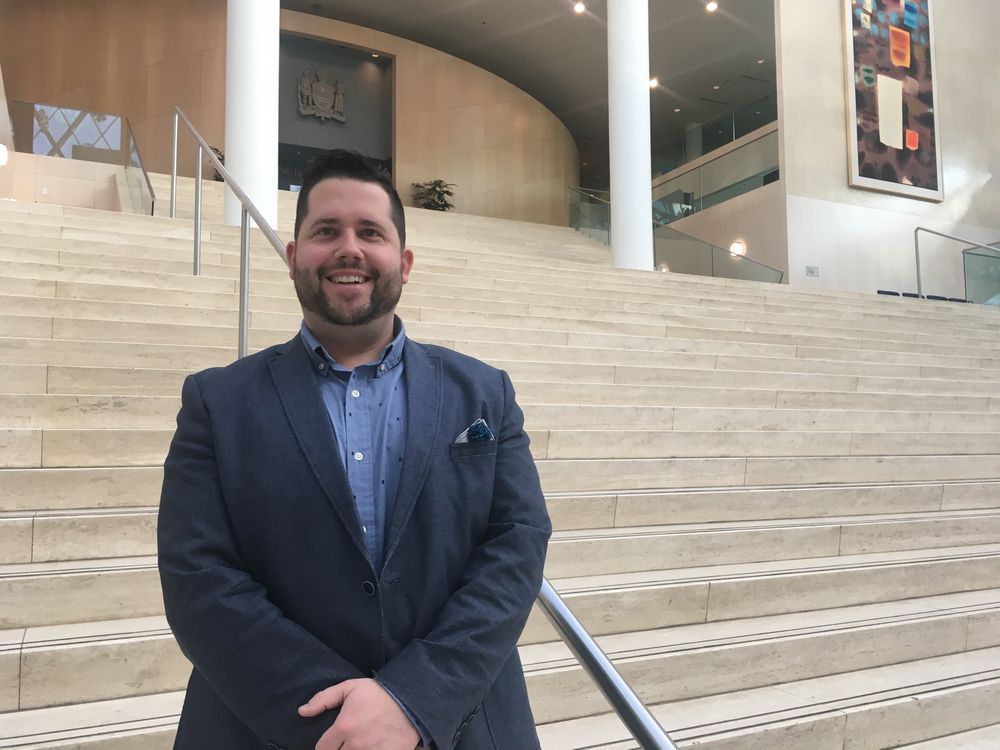 Three-term Edmonton Public School Board trustee Michael Janz will be running for a seat on city council in October’s municipal election.

Janz filed his nomination forms in city hall Monday morning to declare his candidacy in Ward papastew, encompassing the majority of what is currently Ward 8 on the south side of the river.

Serving as the public school trustee for Ward F since 2007, Janz launched a campaign website with several endorsements, including one from Alberta NDP MLA Sarah Hoffman.

On the website, Janz said his priorities on council will be promoting Edmonton’s economy, building a more equitable city, strengthening public services and accelerating action on energy transition and climate change.

“Many candidates may share these priorities. What has been missing is the political will, experience, and courage to turn them into action,” said a statement on the website.

In January, community group YEG Muslim Vote posted a “meet the candidate” event on Facebook with Janz, but he said at the time it was a misunderstanding.

There are currently four other confirmed candidates in Ward papastew without an incumbent as Coun. Ben Henderson has yet to declare his intentions for the fall election. Kirsten Goa, Haruun Ali, Tarcy Shindelka and Byron Vass have filed their nominations papers to enter the ward race. The ward now has the second most confirmed candidates, tied with Ward Anirniq in the northwest, and behind the central Ward Métis, with seven registered candidates.

Six people have already put their name in the hat for the mayor’s chair as Mayor Don Iveson announced in November he won’t be running for a third term.

Ward 1 Coun. Andrew Knack said he will be running in the election, but hasn’t declared what position, and is slated to make an announcement about his plans Thursday. Former federal Liberal cabinet minister and city councillor Amarjeet Sohi told Postmedia in January he hasn’t ruled out a run for mayor.

Current councillors Michael Walters and Scott McKeen have decided not to run for re-election. A full list of registered candidates can be found on the city’s website.