When Vic Bertrand took over the helm of Toys “R” Us Canada in late 2019, he took a hard look at the retailer’s operations.

He found two shortcomings with the store’s clothing: The collection was what he called “pedestrian” and sizes stopped at age two.

“We lacked expertise in the apparel business,” Bertrand says. “We had a pretty ordinary assortment of baby clothes – nothing magical, nothing ‘wow’.”

“It was a catch-up lunch but we started talking about the store’s apparel,” says Mimran, the designer behind Club Monaco and Joe Fresh.

“He was just asking for my advice ? but I said, ‘Let me put something together and let’s see if we can reimagine the entire department.””

They met again a couple weeks later, this time with the designer and CEO’s senior teams and it was like “lightning was striking all over the room,” Bertrand says. “There were tons of ideas.”

More than a year – and a pandemic – later, Rise Little Earthling launches Monday in Toys “R” Us stores and online.

It couldn’t come at a better time, experts say.

After months of pandemic-related store closures, the new apparel could spur sales for the toy store, they say.

It could also help put the Canadian retail chain on a more solid footing for the future, something industry watchers say has been needed since its American counterpart filed for bankruptcy protection and shuttered all its U.S. stores in 2018.

“Toys ‘R’ Us Canada is in an interesting spot because they don’t have the buying clout and the buying leverage that they used to have with the big mothership in the U.S.,” retail analyst Bruce Winder says.

“More and more of the toy business is with stores like Walmart and Amazon and now increasingly Costco and Mastermind. Toys ‘R’ Us is still a major player but they’re probably losing market share.”

A clothing line may not be a silver bullet, but he says apparel has “astronomical” margins compared to toys and would help bolster the retail chain’s bottom line. 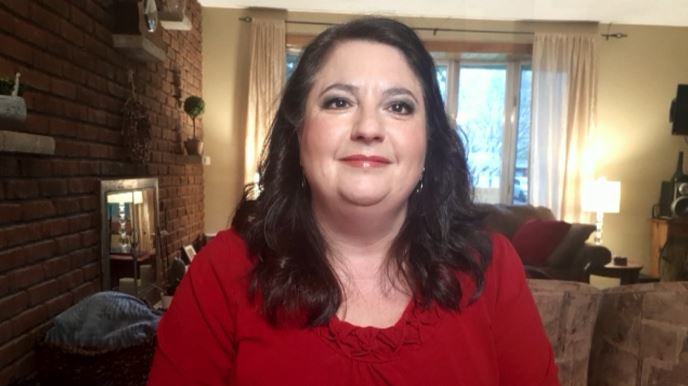 “To be able to create a brand from scratch in such a full sweeping way, where you not only design the apparel and create the brand but you also get to do all of the imagery and positioning of the brand ? it’s really a dream project,” Mimran says.

“We wanted to design what consumers are looking for in a brand today, and it’s about tapping into the consumer zeitgeist.”

The brand was inspired by such themes as future leaders, kindness and social consciousness, with the goal of producing ethically sourced sustainable clothing with limited packaging, soft fabrics, comfortable fits and playful graphics, he says.

The result is an apparel line that matches the look and feel of an upscale brand but at a more popular price point, Mimran says. For example, organic cotton leggings are $8 while a ribbed romper is $12.

“If you look at the designer or indie kids market, it has this kind of beat to it but at triple the price,” he says. “It will feel like your shopping in a high-end boutique but without those prices.”

The clothing line is being made in factories in India with the “highest ethical standards,” Mimran says.

“We kept it to very few factories in India mostly. These are large factories that have a very vertical setup where we know where the cotton is coming from.”

It’s just the start of a potential expansion into new categories, Bertrand says.

“We’re going to be looking to dramatically expand the brand as we go forward,” he says. “So certainly apparel is our first foray but we are looking at other categories ? like home and pet are other targeted areas that will be coming.”

But some retail watchers say Toys “R’ Us should strengthen its toy and baby products business before venturing into new categories.

“My initial advice would be let’s get your house in order first,” says Tandy Thomas, an associate professor in the Smith School of Business at Queen’s University. “They should really understand parents and kids and get that right.”

The new clothing line is “right on the mark” with what Millennial parents are looking for, she says.

“But a concern would be there’s a corner of the store with this beautiful, sustainable clothing in muted color tones and then parents turn around and it’s just regular old Toys ‘R’ Us with big colorful plastic things,” Thomas says.

While the category expansion will help boost sales, Winder says the toy store will need to do more to compete with Amazon and Walmart.

“It’s not going to be their saviour in terms of turning the business around and getting new customers,” he says. “For that, they need to create a destination for play. It has to be experiential and fun to shop. There’s got to be something you can’t get online or in other stores.”

Thomas echoed those thoughts: “The store could be more like a Chapters or an Indigo. Those are also big box spaces but they’re designed in such a way to promote engaging with the products and engaging with the environment.”